Scandal sparks and fades from the public conscious in an instant but for black and hispanic Americans, the theft of their education is sadly nothing new. 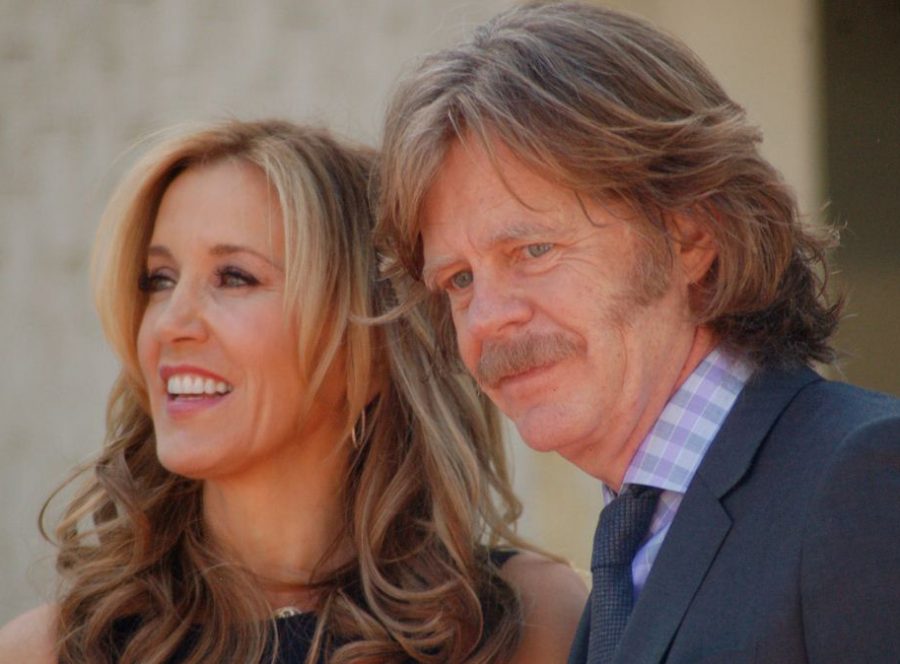 The U.S. Justice Department has charged 50 people in connection to a college admissions scandal that has confirmed the system is rigged. Among those charged are Felicity Huffman of “Desperate Housewives” fame and Lori Loughlin who rose to prominence on “Full House.”

Olivia Jade: but mom I didn’t even apply to usc, how did I get in?

As life replicates art, both Loughlin and Huffman had school bribery plot lines on their respective television programs. On season six, episode 13 of “Full House,” titled, “Be True To Your Preschool,” (1993) Loughlin’s character, Becky, and her husband Jesse (played by John Stamos) are attempting to get their twin sons admitted to an elite preschool, Boulton Hall. Jesse attempts to lie suggesting his toddlers are multilingual in order to gain admittance. In the end, Becky is the one who convinces Jesse that lying for admission won’t set their children on the right path.

On “Desperate Housewives,” season one, episode five “Come in, Stranger” (2004), Huffman’s character Lynette Scavo similarly tries to admit her twin sons to the prestigious fictional Barcliff Academy. An admissions director suggests a $15,000 bribe and Lynette forces her husband to sell his yacht in order to get the money needed – the exact amount that Huffman allegedly paid to Rick Singer in order to boost her daughter’s SAT scores.

While this scandal permanently taints the reputations of the universities involved, the indictment of celebrities speaks to a celebrity-obsessed society; why do these students need the upper hand when they have the upper hand of name recognition?

Neither of Huffman’s daughters received official admission, while Loughlin’s actions have impacted her daughter, Olivia Jade, who has received major backlash online; had her sponsorship deal with Sephora ended; and is not returning to USC. Yet, in reality, none of these children need college to further their societal connections.

For children of non-celebrities, especially students of color and the income disadvantaged, college is an opportunity for upward mobility. Recent Ivy League metrics show that their enrollment of black and Hispanic students is decreasing. Beyond the Ivy Leagues, Indiana University’s Center for Postsecondary Research ranked 100 notable universities and saw a shrinkage in their enrollment of black students from 1994 to 2013.  For students of color, it is becoming increasingly difficult to be admitted to the “elite” universities that Loughlin and Huffman decided to buy their way into.

Even if these universities decide to admit more black and Hispanic students, it is not enough. In “Where Did They Go: Retention Rates for Students of Color at Predominantly White Institutions” by Kevin McClain and April Perry, research shows a connection between alienation and minority students not returning for subsequent semesters. McClain and Perry identify the lopsided racial environment at various universities and show how a lack of inclusion results in the trend of lower retention and ultimately lowered graduation rates despite an increase in overall enrollment of black and Hispanic students.

Looking at the headlines plastered with guilty-looking celebrities should not be met with a dramatic gasp, as if it was an episode of Huffman’s “Desperate Housewives.” It should be met with fatigue and anger. Where is the upward mobility for people of color? Education is one of the only opportunities for students to reach beyond their means. In June 2016, Nikole Hannah-Jones, a domestic reporter for The New York Times, wrote a feature about the difficulties of choosing a school for her 4-year-old black daughter in a system that feels “segregated.”

Hannah-Jones is not exaggerated in her take. In 2014, the Brookings Institute noted that black students make up 16 percent of the national public school population despite them attending schools that are often 50 percent black. The Brookings Institute also noted that black students typically attend schools that perform worse on state exams; white and Asian students on average attend schools at the 60th percentile or higher, while black and Hispanic students attend schools at the 40th percentile or lower.

From the start, systemic oppression has pigeonholed black and Hispanic students into elementary schools with worse performance and stunted their success before even considering college. These factors in addition to the upper class buying their way into university is discouraging at the very least, and entirely heinous and despicable at the very most. Even when progressive programs like affirmative action are put in place, they are tarnished and made into an excuse. Students of color are tokenized or told they were only admitted due to their skin color.

The U.S. Department of Justice will investigate illegal actions, like Loughlin spending $500,000 to get her daughters admitted, but there is no bar that stops forms of nepotism. What if Loughlin donated that money to USC; it is likely her daughters would have been admitted. George W. Bush’s academic performance was infamously poor at Phillips Academy and yet he was admitted to Yale due to his father’s status and legacy.

The wretched refuse of your teeming shore.

Send these, the homeless, tempest-tost to me,

I lift my lamp beside the golden door!”