Anderson .Paak returns to his old formula on “Ventura”

The multi-dimensional artist delivers a familiar 11-track prose on love, life and heartbreak. 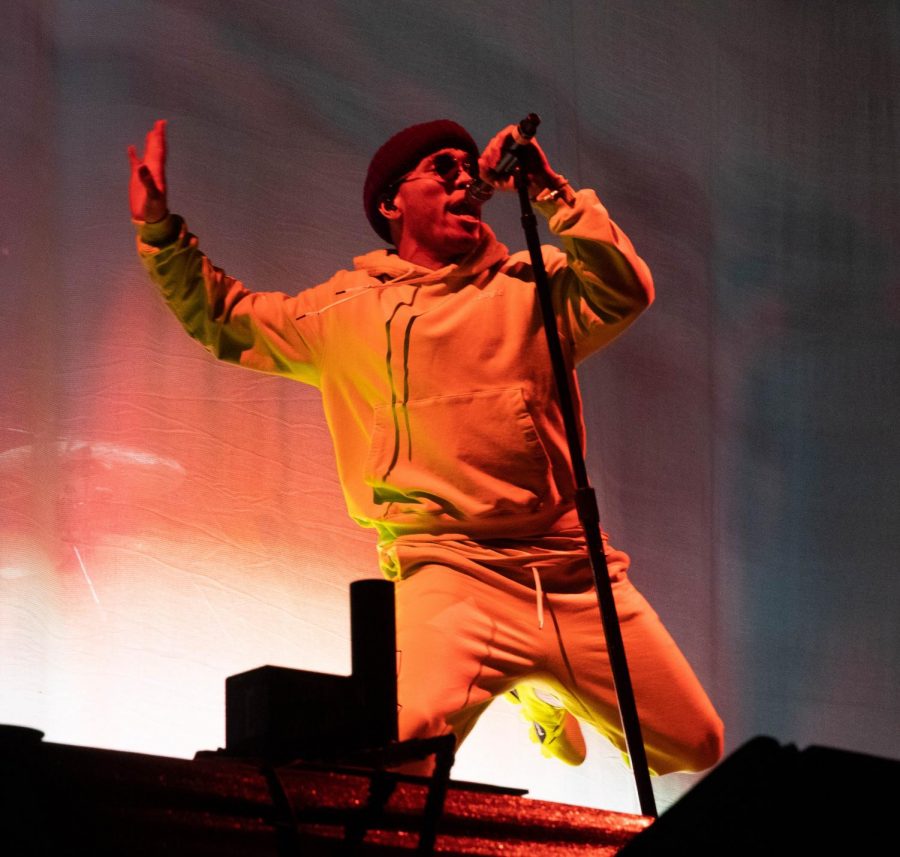 In the past year, few artists have had the luxury of experiencing such a rise to stardom like Anderson .Paak. The Compton-bred drummer, singer and songwriter continues his good run of form since the release of his 2014 studio album, “Venice.” .Paak captured listeners with his raspy, soulful and smooth singing voice eloquently layered over raw, natural instrumentals that feel holistic, warm and inviting.

At the time, .Paak was a diamond in the rough, waiting for his many talents to bring his budding commercial music career to the surface. With his 2016 breakout album “Malibu,” .Paak revamped his sound with the help of his backing band, The Free Nationals. .Paak’s silky smooth voice and delicate songcraft thrust “Malibu” into the spotlight, solidifying it as one 2016’s best albums. It even received a Grammy nomination for Best Urban Contemporary Album.

Now, just a little under seven months since his previous commercial project, “Oxnard,” Anderson .Paak returns with his 11-track album “Ventura.” With hip-hop legend Dr. Dre as the executive producer, “Oxnard” took a much different direction than .Paak’s other projects. Known for his laid-back, sofa-lounging tunes, .Paak went at “Oxnard” with a bit more aggression, making it a little difficult to overlook the album’s missteps. With “Ventura,” .Paak seeks to turn back the clock, right the ship and focus on the sound that got him where he is today.

“Ventura” opens with the rhythmic and soulful “Come Home,” featuring an array of instruments and familiar sounds. Raw drums, brass and ambient vocals set the tone of the track before .Paak delivers lyrics begging a love interest to return to his life. The smooth drum pattern, coupled with bright trumpets and the occasional guitar riff, allows the listener to sink in and experience a track filled with soul and vibrancy. On the back half of the track, Atlanta legend Andre 3000 makes his guest appearance with a killer flow to match the track’s subject matter.

The succeeding track, “Make it Better” featuring Smokey Robinson, carries the same message and sound. The slow, boom-bap drum pattern layered on top of a groovy bassline and light Rhodes keys serve as a great segway for .Paak’s smooth delivery. As much as I like this track, it does foreshadow a flaw that surfaces throughout the project. “Ventura” sounds like .Paak tries to steer his sound back in its original direction after “Oxnard.” Some of the tracks, including the first two, sound all too familiar and don’t feel as refreshing as they should. “Ventura” never feels dry or bland, but rather unimaginative. Other tracks like “Yada Yada,” “Jet Black” and “Twilight” emulate this issue too. These tracks often have the same tempo and groove that can be heard on multiple tracks throughout the project.

However, I’ll never put it past .Paak to try something new. Standout tracks like “Winner’s Circle,” “Chosen One” with Sonyae Elise, and the outro “What Can We Do?” with Nate Dogg are very much refreshing compared to the rest of the project. “Winner’s Circle” features a bouncy kick, baseline pattern that complements .Paak’s soft delivery very well. The track itself is more focused, telling a story rather than broadly addressing love. He sings, “This, more that / Get to know me, kiss me slowly, hard to focus / They just don’t make ’em like this no more, whoa / But I think I’ve found it.”

.Paak recalls a specific memory rather than simply generalizing his love endeavors as he does on most of the project. Struggling relationships and love surface as the major themes on “Ventura” which is a subject .Paak is all too familiar with. On the aforementioned track “What Can We Do?,” .Paak breaks the mold again and delivers tracks that reflect on his own life and the impact he can have on the world. Where .Paak makes the deliberate effort to craft songs with a new message is where “Ventura” is at its best.

“It’s the rap singer, the hook master / Real life convict, son of a gambler / Heart made of stone, and he move so cold / ‘Cause my girl up and gone, she’ll be back in the morn’,” he sings on “What Can We Do?” While still on the subject of a relationship, .Paak ponders his own actions throughout the majority of the track. Rather than discussing the relationship itself, the song serves as a plan of action for .Paak now that this girl left his life. Regardless, we still see .Paak struggling to break from the themes that we’ve heard him discuss in the past.

In no way do I think “Ventura” is a misstep for Anderson .Paak. Rather, I see it as his way of returning to form after “Oxnard.” Neither are bad albums, but “Oxnard” felt like a very broad, shallow attempt to tackle a lot of subjects without a whole lot of focus. On “Ventura,” .Paak sticks with a major theme but some of the tracks sound unoriginal and formulaic. However, there are certainly some anthems that give the listener the feeling that summer is right around the corner. Whatever the case, Anderson .Paak’s songcraft is one of the best. After exploring different avenues, it’s encouraging to hear the multi-talented artist find his way once again.