In anticipation of "Avengers: Endgame," The Amherst Wire entertainment staff team up to tackle the pop culture phenomenon. 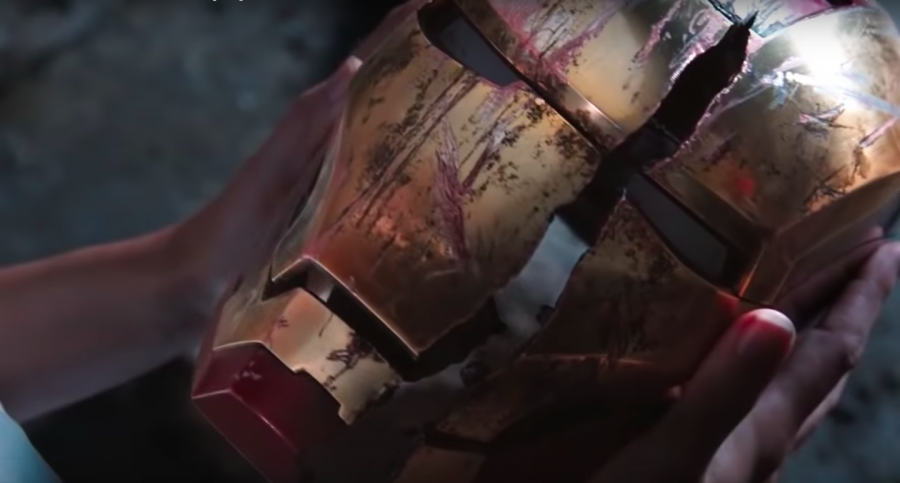 (Screenshot from the "Iron Man 3" trailer/Youtube)

In anticipation of “Avengers: Endgame,” Amherst Wire’s mightiest writers came together to take on the daunting task of ranking all 21 Marvel Cinematic Universe movies. There was blood, sweat and tears put into the making of this list. Every day up to the release of “Endgame” on April 26, we’ll be releasing a part of the rankings. Be sure to check out part two if you missed it.

With 2013 marking its release date, “Iron Man 3” came just before Marvel fully developed its formula for the Marvel Cinematic Universe. Even so, this movie shines through showing Tony Stark’s humor, determination, ingenuity and compassion.

Not many heroes have sacrificed as much as Tony, and no matter what the toll is, he will sacrifice everything to protect those he cares about. He nearly lost his life several times in this movie while trying to protect his significant other, Pepper Potts, from harm. Tony is even ready and willing to sacrifice himself to protect Harley, his first “son,” a kid he meets halfway through the film after he has already lost so much. Tony truly is Earth’s mightiest Avenger.

“Iron Man 3” shows Tony at his lowest point so far in the MCU. After the Avengers’ battle of New York, Tony is left with severe anxiety and possibly PTSD. Early on we learn from J.A.R.V.I.S. that Tony has not slept for at least 72 hours, and when he finally does sleep, he has flashbacks to the battle and the other side of the wormhole. After losing Pepper, nearly losing Happy and Rhody focused on his job as the Iron Patriot, the safety net Tony built is weakened.

Tony Stark is shown to be the most human of all the Avengers, he has faults and weaknesses and at the end of the day, all he can do is his best.
14. Ant-Man and the Wasp
By Patrick Kline
Memorable moment: Wasp’s first on-screen fight.

“Ant-Man and the Wasp” is the first Marvel movie where a titular character is a woman, and for her first movie, the Wasp (played by Evangeline Lilly)  shatters expectations. The superhero duo provides comic relief and romantic tension in their “will they, won’t they” relationship. Scott Lang is the everyman’s hero, just an average guy. He isn’t super smart or strong, and just happens into his “powers.” Hope Van Dyne is an intellectual and absolute badass, combat trained and well deserving of her “powers.”

“Ant-Man and the Wasp” is one of two movies to be released between “Infinity War” and “Endgame,” but doesn’t quite feel as important as it actually is. Happening just before the peak of “Infinity War,” this movie introduces elements that are more than likely going to be important to “Endgame.”

The Quantum Realm, first introduced in “Ant-Man” and possibly shown briefly in “Doctor Strange,” is a subatomic dimension that exists parallel to the regular plane of reality in the MCU, Midgard. The whole realm has different rules for time and space. Many theories suggest that the quantum realm will play an essential role in “Endgame,” and the trailers that have shown Scott Lang show the van that contained the smaller quantum tunnel from the first end-credit scene from this movie. However, this must be taken with a pile of salt because Marvel has been known to put false scenes into its trailers, so Scott may be trapped until the end of the movie or possibly indefinitely.
13. Avengers: Age Of Ultron
By Oliver Sampson
Memorable moment: The look of shock and terror on the face of the Avengers as Ultron first speaks.

The Avengers return in their second installment and again deliver 2.5 hours of intense action, witty humor and great special effects. The basis for the film is pretty simple; Tony Stark with the possession of Loki’s scepter tries to create “Ultron,” an artificial intelligence designed to protect humans. This goes terribly wrong and Ultron becomes a sentient android bent on destroying humanity. While this plays on the cliche trend of supervillain motives, Ultron poses as an entertaining villain, who is equally clever as he is powerful. Despite this, out of all three Avenger antagonists, Ultron is the most shallow and least impactful on the franchise.

There is a lot jam-packed into this film, and at times it can feel overwhelming. We have a number of new characters and storylines added throughout, and many of them aren’t nearly fleshed out enough. With all that’s going on, there isn’t much added to the overall arc, besides the important characters of Scarlet Witch and Vision, who play a huge role in the next Avengers film. We also get to see how Thanos is involved, vowing to gather the Infinity Stones himself after his other plans have failed. Despite this, he still is working behind the scenes and we don’t really know what this is all leading to yet.

“Avengers: Age of Ultron” is at it’s best during the battles between Ultron and The Avengers. Witnessing the superheroes work together never disappoints. The reason that this film lands on the bottom half of the list is that it had the potential to really progress the storyline of the MCU, yet it fails to do so. It could’ve been left out of the franchise and replaced with a few plot points scattered throughout different movies and there wouldn’t have been much of a difference. While it’s still extremely entertaining, it is the worst of the Avengers movies.