Nashville, Tenn. played host to one of the most exciting drafts in recent memory. 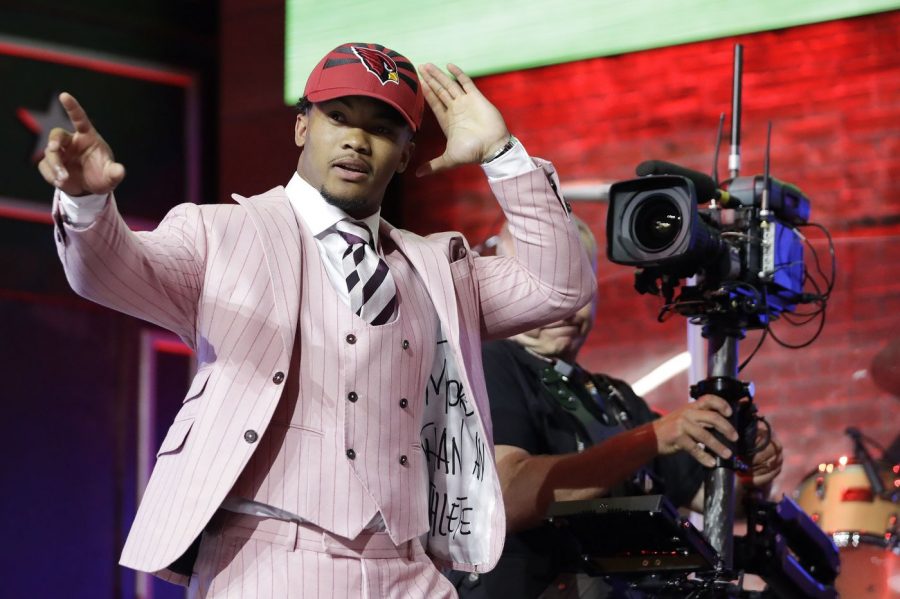 Murray Makes History, Giants Choose Jones and Pats Pick Arizona State WR
The hotly anticipated 2019 NFL Draft happened over the weekend in Nashville, Tenn., with many of the picks immediately sparking up conversation and debate among football fans.

Kyler Murray etched his name into the history books as the first ever athlete to be chosen in the first round of the MLB and NFL drafts. Former Oklahoma University quarterback Murray was picked first overall by the Arizona Cardinals in an unsurprising opening to the draft. The new Cardinals QB, who measured in at 5-foot-10 at the draft combine, has been compared to Seahawks star Russell Wilson with his great athleticism and ability to operate outside of the pocket. This led to the Cardinals’ previous first-round pick, Josh Rosen, being traded to the Miami Dolphins.

In the second round, the Cardinals surprised much of the country by taking former UMass star wide receiver Andy Isabella with the 62nd overall pick. The 5-foot-8 Isabella tied Ohio State’s Parris Campbell for the fastest 40-yard dash time at the draft combine, and  led all FBS wideouts in receiving yards last season. He figures to contribute immediately with the versatile Murray running the offense.

The New York Giants were rumored to be interested in trading their 17th overall pick to the Cardinals for Rosen earlier in the off-season. Yet, to fill their void at the quarterback spot, they instead drafted Duke QB Daniel Jones. The 6th overall pick staggered the Giants fans who were visibly upset over the decision to pick Jones, who finished his last collegiate season with a 54 percent pass completion rate – a stat that is far below the NFL average.

Another potential quarterback option with the sixth pick was Ohio State quarterback, Dwayne Haskins. After the Giants opted for Jones instead, in a video circulating the internet, Haskins laughed off the pick and remained jovial. Haskins, who went to high school in Maryland, will be in familiar surroundings after he unexpectedly dropped to the 15th pick where he was chosen by the Washington Redskins. The Redskins now take Haskins after veteran quarterback Alex Smith’s horrific leg injury ended his 2018 season early. For myself and many other fans of the league, with the right coaching and environment, Haskins will be successful in proving that the Giants were wrong to pass up on him.

Both of the Bosa brothers are now NFL players after Joey’s younger brother Nick was drafted second overall by the San Francisco 49ers. Bosa, whose season was cut short due to injury, made three appearances in his junior year but still managed to record a highly impressive four sacks and fourteen tackles. The ex-Ohio State defensive end is projected to be one of the best pass rushers in years to come and will definitely make the 49ers defense a much tougher assignment for teams this coming season.

The New England Patriots opted to strengthen their receiving core after selecting N’Keal Harry 32nd overall from Arizona State University. Harry stands at 6-foot-3 and will be one of the taller wide receivers for Tom Brady to aim at. The Patriots seemed to go against their formula after previously choosing to opt for smaller wideouts in the past like Julian Edelman, Wes Welker, and Danny Amendola. Harry will join a Patriots offense that still seems to require a tight-end, despite the signing of Austin Seferian-Jenkins. Potential reinforcements on the defensive side of the ball were also drafted, with Bill Belichick selecting Michigan defensive end Chase Winovich, as well as cornerbacks Joejuan Williams from Vanderbilt and Ken Webster from Ole Miss.