To produce a mass amount of clean energy, a nuclear power plant is needed. 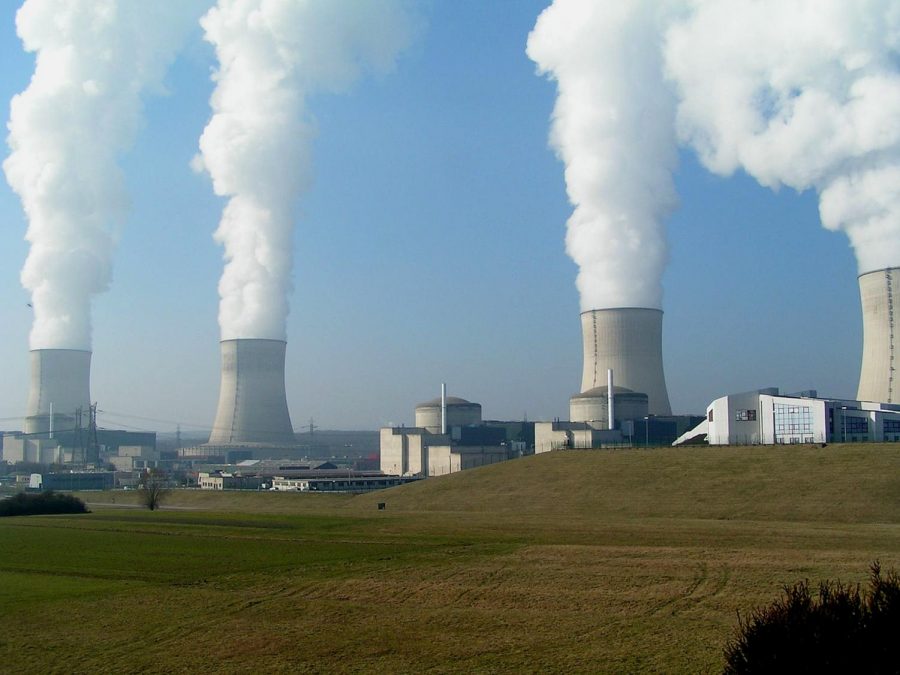 Renewable energy has been a highly contested issue between Americans. There is no question that something needs to be done to stop greenhouse gas emissions and soon, but is it really feasible?

When it comes to the topic of green options, solar and wind seem to be the most common alternatives, but scientists believe they might not be enough to sustain our high-powered modern lifestyle. There’s a very clear threat that if something isn’t done soon, the damage done will become irreversible.

The call for 100 percent clean energy is appealing and environmentalists believe it is possible, however, I don’t think current legislation proposes definite replacements for the needed power. One of the main platforms of the Green New Deal calls for the phasing out of nuclear power and the end of nuclear subsidies, but scientists are starting to say nuclear power is a necessary addition to produce a mass amount of clean energy.

Just recently, the Union of Concerned Scientists did a study on the future of nuclear power in a renewable energy world and revoked their earlier opposition to nuclear power.

Their new support for nuclear power comes from the staggering find that if nuclear power plants are shut down prematurely, not only is the US going to lose 20 percent of the nation’s electricity which is provided by the 99 nuclear reactors operating at 60 plants, but the gaping energy hole would be replaced primarily by natural gas, causing emissions to rise.

Solar and wind power are the most popular options, but the sun doesn’t always shine and the wind doesn’t always blow. Batteries can store power until it is needed, but there’s often a 20 to 40 percent loss of power per battery.

According to the U.S. Energy Information Administration, the average production of solar power and wind power in the last five years has been 47.62 percent (net gross) and 41.02 percent respectively. Hydropower shows similar power production at an average of 47.22 percent.

The average power from a nuclear plant? A colossal 110.2 percent average over the last five years.

The University of Massachusetts Amherst is joining some of the many campuses working towards more clean energy. In 2007, former Governor Deval Patrick signed an executive order to reduce the amount of fossil fuel consumption and emission in Massachusetts.

As a public university, UMass was put to the test and had to abide with regulations in place. The executive order states “15 percent of agency annual electricity consumption [must come] from renewable sources by 2012 and 30 percent by 2020.”

UMass stated that they were not able to meet the 2012 goal but continue to work towards meeting the 2020 requirement.

UMass Amherst sits on nearly 1,450 acres of land and has over 180 buildings (academic and otherwise.) So it’s no wonder that the total electricity demand for the campus is 149,316.14 megawatts.

*In 2017, UMass installed over 15,000 photovoltaic solar panels, providing 5.5 megawatts (DC) of clean electrical power for the campus to use for a heavily discounted rate.

Although the solar panels do produce some power, it is not enough to keep the lights on across campus. According to the University’s Second Nature reporting venue, the total energy purchased was 52,282.215 megawatts. Through the solar panels, the on-campus renewable energy generation 6,066.521 megawatts. However, all of that solar power was sold through the Massachusetts Municipal Wholesale Electric Company.

The indisputable fact when it comes to environmental preservation is there needs to be a reduction in emissions above all else.

According to data from the Intergovernmental Panel on Climate Change, nuclear power is one of the smallest emission producers.

Nuclear power also has a high return on electricity production.

If all the numbers are pointing towards nuclear power as the most promising source of low-carbon renewable energy, what’s stopping lawmakers?

As environmentalist Michael Shellenberger says that our fear of nuclear power is hurting the environment. There are three well-defined problems with nuclear energy: fear of a nuclear meltdown (like the Three Mile Island, Chernobyl, or Fukushima incidents), the waste plants produce, and the threat of nuclear weaponry.

France uses nuclear power to produce almost 76 percent of the country’s electricity. There has not been a single reported incident involving the plants. In 2016, electricity production in France was 556 Terawatt hours (TWh). Nuclear provided 403 TWh (72 percent), hydro 65 TWh (12 percent), coal and gas 45 TWh (eight percent), and solar and wind 31 TWh.

In California, 11.79 percent of energy comes from solar energy. When people come home from work and turn on all their gadgets and charge their laptops and phones, they’re getting their energy from natural gas. California was placing all of the waste into Aliso Canyon. In 2016, there was a leak that released 109,000 metric tons of methane gas — the equivalent of half a million cars on the road at once. The incident caused California to exceed all climate commitments for the year.

Nuclear waste isn’t much better. While we can contain nuclear waste in barrels, strontium-90 and cesium-137 have half-lives of about 30 years (half the radioactivity will decay in 30 years), but plutonium-239 has a half-life of 24,000 years. Scientists have yet to discover other ways to recycle or decompose the waste. In the U.S. and France, nuclear waste is placed into barrels and buried underground.

Shellenberg said in a Ted Talk, “If you take all the nuclear waste we’ve ever made in the United States and put it on a football field, stacked it up, it would only reach 20 feet high. The waste that we don’t control every year goes into the air and it’s called pollution. It kills seven million people a year and is threatening very serious levels of global warming.”