We may all float here, but “IT Chapter Two” falls flat

With CGI dominating the horror movie industry, is anything really scary? 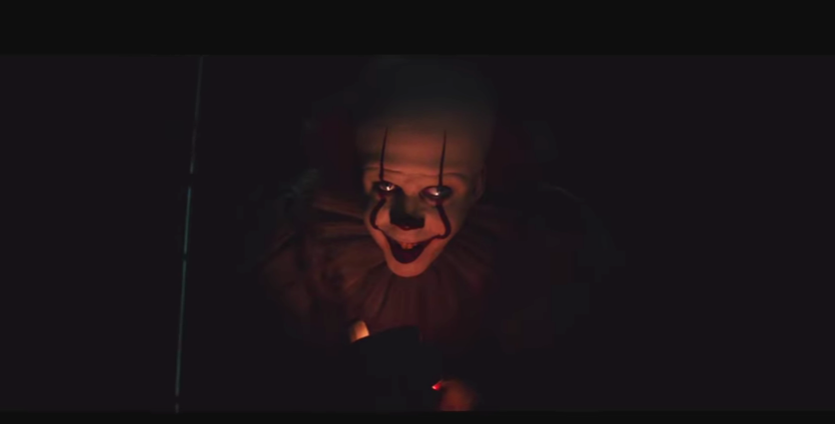 What makes a good horror movie? Is it the jump scares? The blood and guts? Or the silence that comes with the unknown? That is what director Andy Muschietti hopes to answer in his latest film, “IT Chapter Two.”

Two years after the first film adaption, the members of The Losers Club are all grown up. But, Pennywise the Dancing Clown proves that some fears are never too old.

To capture a wide audience, it’s as if director Andy Muschietti opened the Diagnostic and Statistical Manual of Mental Disorders (DSM-5) and went down the list of phobias. With coulrophobia (fear of clowns) at the top of the list, the film also includes globophobia (fear of balloons), arachnophobia (fear of spiders) and hemophobia (fear of blood) to name a few. This sounds great in theory, but without proper execution it becomes annoying. Muschietti ends up butchering the horror genre unconscious.

In terms of narrative elements and cinematography, the film was nothing special. There were a few beautifully constructed scenes like the mirror maze or the bathroom stall filling with blood, but it’s no surprise that some of the scariest parts of the film were the snippets of reality.

“IT Chapter Two” has a disgusting obsession with blatant fatphobia and homophobia. The two were used so frequently they deserved to have their own credits at the end of the film. Even though homophobia was intentionally used for several storylines, when it comes to Mike’s experiences as a black man and the only person of color (POC) in The Losers Club, racism doesn’t exist. It’s as if the town of Derry doesn’t even consider race (and racism) to be real. However, it was Beverly’s entire storyline that was more traumatizing and painful to watch than the entire film itself.

The film was nothing but an attempt to showcase its big-budget computer-generated imagery (CGI) effects while also paying homage to the traditional coming-of-age film. As a result of its hyperbolic elements, every single fear, suspenseful moment and death lost all significance.

This combination of traditional horror movie techniques such as dark imagery and eerie music with CGI is a practice used in many horror movies today, but only a few can do successfully. Horror blogs have long debated the impact of CGI. Sadia Fahimul of Kadenze blog argues, “too many special effects in films can lead to the neglect of other things that can really make the film. The greatest horror films are those where you can relate to the characters and have excellent plotlines and dialogues.” Of course, there are instances that require CGI, but it’s important to acknowledge the genre’s roots.

“If you want to scare us, strip away the Hollywood glamour and get your hands dirty,” advises Alan Sala of Sabotage Times. “Drag us through the darkest recesses of your mind. The louder you make us scream, the more we’ll love you for it.”

Much like its predecessor, the film sprinkles humorous scenes between scares. Yet there were several times where it was unclear whether the audience should be laughing at the film, the poor acting or bizarre effects.

But the film was entertaining in its own weird way.

The only person who can truly judge the film is the original creator and master of horror himself, Stephen King. In an interview with Vanity Fair, King praised director Andy Muschietti. “He knows what scares people, and he also has a sense of humor.” This is a kind of humor evident in both of his films. “It —both chapters of It—are fun,” assured King. “They’re scary, and you holler, and you scream, and you clutch whoever you’re with—but you also laugh.” And King’s brief cameo in the film was especially funny.

At the end of the day, there’s no single way to make a horror movie. Fear strikes us in different ways. It’s one of the most intimate genres of film. So whatever level horror fan you are, rest assured knowing the father of Pennywise is proud.