Sullivan discusses climate change, the Wellman document and the class of 2023. 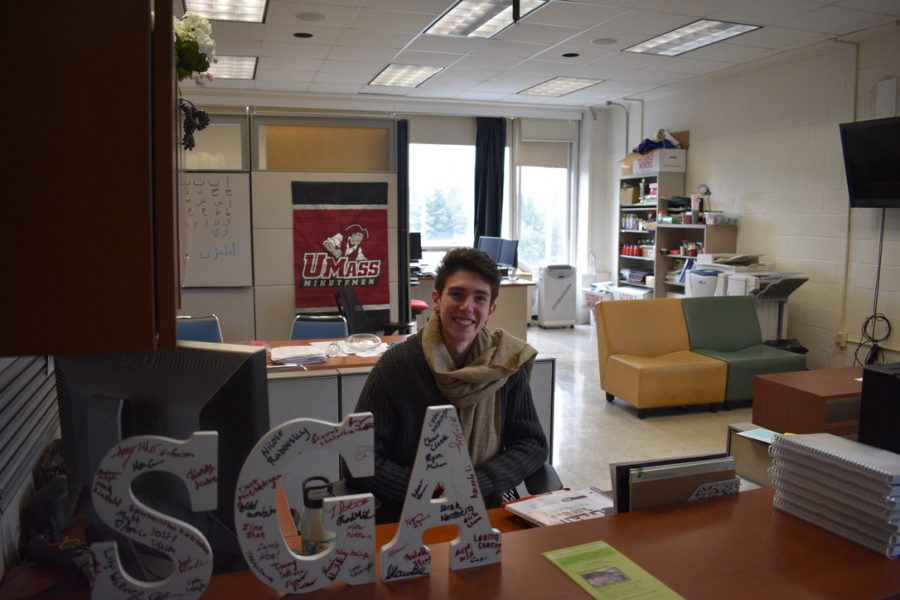 During his time at the University of Massachusetts Amherst and as Student Government Association president, Timothy Sullivan has kept activism at the heart of his administration and his life.

Sullivan, a senior majoring in political science with minors in Spanish and history, didn’t always plan on studying political science; he originally planned on being a high school teacher in Burlington, Massachusetts.

As a freshman in 2016, Sullivan ran for an SGA senator position and was eventually elected his sophomore year. Ever since, he has dedicated his time to grassroots politics with a focus on climate change and bringing UMass students’ voices into SGA policies.

“My biggest priority, staying true to my climate activist roots, is transitioning the campus to 100% renewable energy,” Sullivan said. He has been involved in climate change activism since high school, and plans to continue that activism throughout his life.

Sullivan added that Chancellor Subbaswamy agreed to SGA’s new goal for the UMass campus to be 100% renewable by 2025, rather than the previous goal of being carbon neutral by 2050. When it comes to creating change, Sullivan tries to ensure UMass students voices are heard.

Last year, President Sullivan was responsible for organizing the protest at Hampshire Dining Commons during the #1 dining celebration, which helped create a new dining option for students.

“Something that’s really unique about our SGA…is that we have this document called The Wellman Document,” Sullivan said.

The Wellman Document is an example of a school policy that bridges the gap between the UMass administration and its students, giving them a platform to influence policy through SGA. The document also gives solidified authority to SGA, allowing them to introduce campus policies.

When asked what he likes to do besides political engagement, Sullivan said he enjoys running, hiking at nearby trails and plans to start journaling after visiting the craft center.

When contemplating life after graduating in spring 2020, he said teaching was a big possibility.

“I feel like teaching will always be something I’m going to want to do,” Sullivan said. He expressed plans to substitute teach at Burlington High School while researching his thesis on how climate change has affected colonial Puerto Rico.

When asked about the Freshman class of 2023, President Sullivan expressed excitement and said he’s noticed an increasing trend in political awareness and action. When it’s time for Sullivan to leave UMass and proceed with his dreams, he hopes the UMass community will continue the legacy of SGA and remember that any kind of change is possible. Reflecting on this being his final year both at UMass and as SGA President, Sullivan had a few words for the community and coming generations:

“Be ambitious, and know that our voices are powerful and when we fight collectively, we win.”