Making the most out of studying abroad. 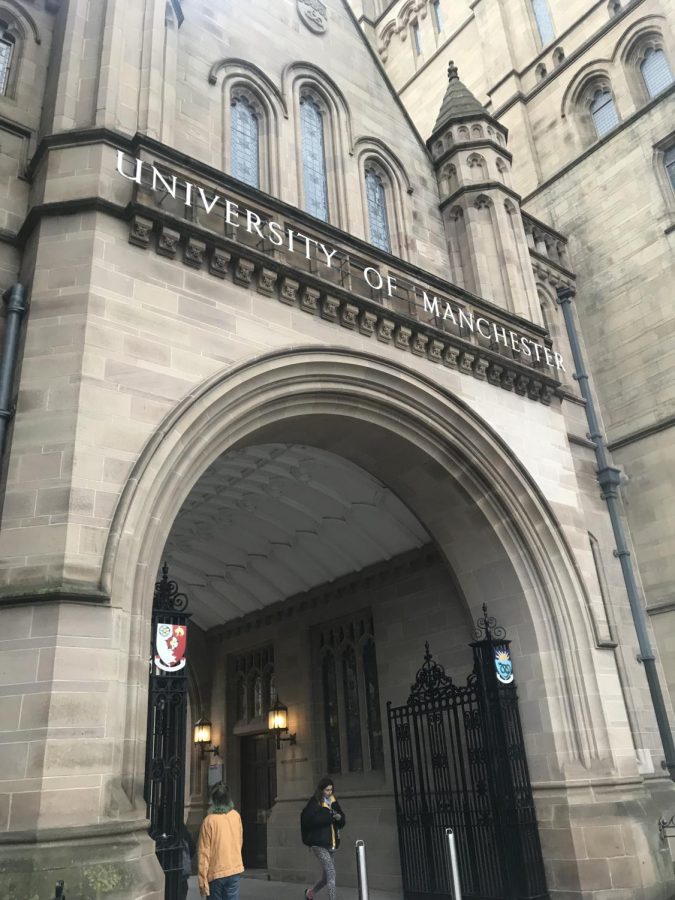 Manchester, England was not my ideal destination to go abroad, but it ended up being one of the best decisions I have made in my life thus far. I was initially set on spending my semester in London, but the University of Manchester ended up being the better option.

I had always heard that going abroad was a blast. No one ever informed me of the road bumps along the way, which is an aspect of the trip I wish I had advice on. I had a general idea of what Manchester was going to be like, where to live and the student culture due to people I met who were involved with the program.

It hit January and I remember waiting for my flight to Heathrow International Airport next to my dad, who had kindly taken time off work to drop me off, regretting all of my life choices. The excitement of spending a semester in Europe wore off. It finally hit me. I was leaving all my close friends and my comfort zone. I had to start over.

My dad and I spent a couple of days with family exploring London and Southern England, but it came time to take a two-hour train journey up to Manchester.  We arrived at night and hailed a Taxi to my dorm.

I remember walking into my flat; it was not what I was expecting at all. It was tight, old, every single wall was painted in green, and my room was the size of my closet at home. The most shocking part was that I was living with seven other people and they were all from the United Kingdom. There were three other girls and four boys.

For some reason, I had this image that I was going to be with people from the United States in the program. I immediately entered a state of panic. This was out of my comfort zone. They were all already friends, from an entirely different culture, and probably would not want to travel and participate in tourist-like adventures with me.

The next day was the first day of orientation for my program; somehow everyone had already formed cliques. As an extrovert who knew one person at that time, I felt incredibly overwhelmed with not knowing anyone else. I went back to my room that night and immediately started making plans to visit my friends from UMass who were studying abroad while counting down the days until June. I was filled with regret, nostalgia and fear.

Manchester was nothing like London. The only thing that the two cities had in common was the cloudy weather and the word “sun” meant that there was a luminous light coming from the sky. Manchester was industrial and working-class.

I had an idealized version of what my abroad experience would be like: I was going to travel every weekend with a group of people from the United States and because I was in an English speaking country, I would not have to deal with culture shock. I had a completely different experience than I expected, but I loved every second of it.

Eventually, I became extremely close friends with my flat mates by making the effort to hangout with them. They made sure I was truly immersed in the UK culture. They immersed me in their music, which consisted of genres I had never heard of, such as: grime, drum and bass, techno and jungle. Along with their cultural slang, media and going out culture. I also learned that the accent typically heard in the media is the “posh English accent.” In reality, there were over what felt like a million accents across the country.

I met people from Brazil, Chile, Germany, Canada, Australia, along with many from the United States. We traveled together and discussed the culture shock of England.  Ultimately, they became lifelong friends of mine.

Because my program was long, I did not end up traveling every weekend like some of my friends. When I had the entire month of April off, I was able to visit nine different countries. I had already visited three other countries in addition to the nine during my trip.

My time in Manchester was incredibly fun and immersive. It is an academic experience that I would not trade with anyone else. A piece of advice I give to everyone planning to study abroad is to be open to new experiences and to be immersed with the local culture. Do not try to idealize a perfect experience based on other people or programs. This is truly a once in a life-time experience and it is what you make of it.