Opeth continue to find mainstream success with “In Cauda Venenum” 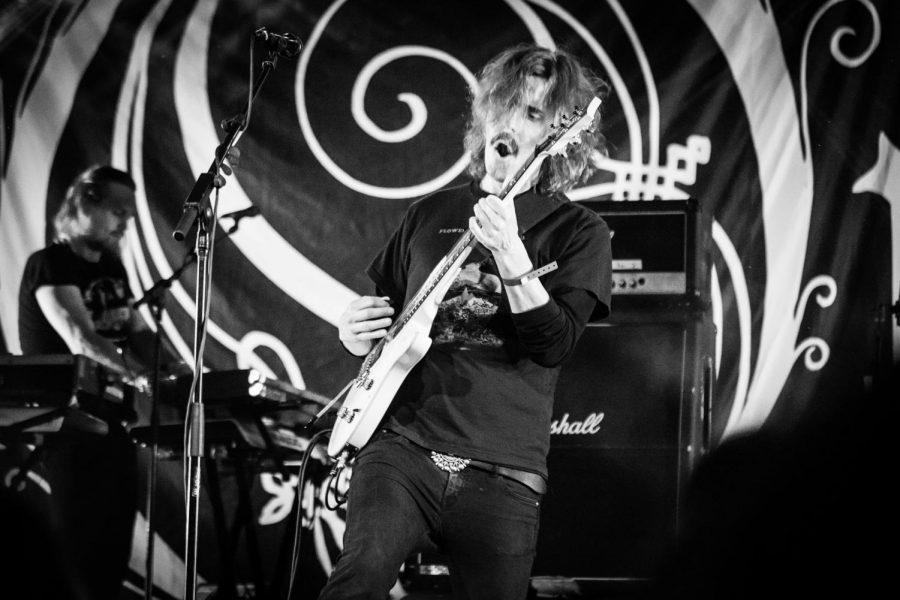 Opeth is a band borne of conflict.

The band’s driving creative force, Mikael Akerfeldt, originally joined the band as a bassist in 1990 at age 16 after the band’s original vocalist’s insistence. Soon after, the remaining members of the band would quit, leaving Akerfeldt as the sole member.

Throughout their discography, more than a dozen different musicians have come and gone. The pummeling death metal sound which brought the band their initial acclaim of the band has waned, yet the technical mastery has remained. By now, wide-ranging influences like progressive rock, jazz and folk have seeped into the creative cauldron.

While some metal critics have panned the band as not being “truly metal,” they continue to find mainstream success in their progressive-rock direction. Fans looking for an album with the growled vocals of “My Arms, Your Hearse” may want to look elsewhere; this album is prog-rock excess at its finest. With many of the track’s reaching past the six-minute mark, the band weaves organs, acoustic passages and hard rock riffs into a sound all their own: often imitated, rarely rivaled.

The thirteenth album to be released by the band, they are firmly in the midst of a progressive Renaissance. “In Cauda Venenum” feels like a fitting continuation of the kinds of lyrical and musical themes they’ve explored on previous records. Despite being rooted in past Opeth traditions, this record is to feature vocals in both English and the band’s native tongue of Swedish.

For an English-speaking audience, this lends some extra sense of mystique to the songs, as Akerfeldt’s voice adds to the mix almost like another instrument in the dense layers of sound. Orchestral embellishments and a choir of backing vocals evoke images of a darker melancholic Queen, as Akerfeldt pines “And give all I can for love, It seems I might have reconciled, even if my destiny’s lying.” The album was recorded at Rockfield Studios in Wales, referred to as “one of the top five recording studios in the world” by RecordProduction.com. It was at Rockfield in 1975 that Queen would record their opus, “Bohemian Rhapsody.”

The band’s keyboardist, Joakim Svalberg, shines as a standout on the entire album. Shifting from song to song, the sound of keys adds tremendous depth to the songs, ranging from the familiar warble of a Hammond Organ to the clean grand piano on tracks like “Lovelorn Crime.” Once again, the band’s lead guitarist Mikael Akerfeldt continues to assert his position amongst the finest at his craft. Acoustic passages across the album held to bind the record into a cohesive genre-bending whole, with Spanish-inflected guitar of “The Garroter” giving way to the soaring guitar solo of “Lovelorn Crime,” harkening back to the work of Pink Floyd’s guitarist David Gilmour.

“All Things Will Pass” acts as a fitting closer to the album as an eight-and-a-half minute epic through the sounds of the band’s history. Plucked acoustic guitar passages and heavy Led Zeppelin style riffs culminate in the track’s final minute, in a pre-fade out refrain, “if everything ends, is it worth to turn back home again?” Even after thirteen albums of evolution, it seems the band shows no signs of turning back, and are all the better for it.