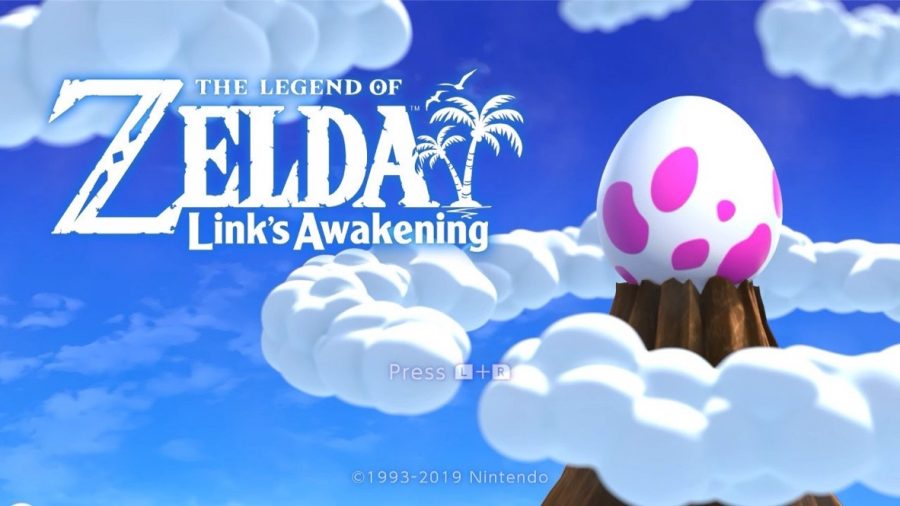 This Nintendo classic tries to compete with modern games with moderate success. Return to “Koholint Island” and set about to reawaken the “Wind Fish” in “The Legend of Zelda: Link’s Awakening” for the Nintendo Switch. This is a beautiful remake of the 1993 Gameboy game that began to show its age.

When players first pick up the game, they will notice the unique art style. The game looks as if it were made from plastic. Everything from Link to the background design looks like toys. The art style is beautiful and unique; it does not affect gameplay or the story, but will attract players in and keep them playing. This game feels as if it were made with the intention of players fully utilizing the Switch’s screenshot button; there are no unappealing locations and players may end up with an extensive collection of screenshots from their time on the island. To accompany the reconfigured graphics, there is also a revamped soundtrack.

The Switch’s far superior speakers and orchestral pieces are clear improvements from the Gameboy’s limited speakers and 8-bit sounding music pieces. The series is well known for many pieces of its soundtrack. This game is no exception with classic pieces from the “Zelda” series as well as orchestral pieces made solely for this game. Much of the core story revolves around collecting musical instruments from various dungeons to play a song to wake the Wind Fish from its slumber, the soundtrack is especially significant for this title. Players may find themselves pausing just to simply listen to the calming, inspiring and sometimes stress-inducing music before they continue on their quest.

Once players finally begin the game after absorbing the audio and visuals, the world will stretch out before them. Similar to “Breath of the Wild,” there are little to no load screens besides going into or out of buildings, caves and dungeons. While the world feels small, it is packed with twists and turns, fully utilizing all the available space. Scattered at key locations on the map, warp points will draw players to frequently revisit these areas. Many of the locations will require several revisits as new items are acquired from the many dungeons. As with all but the most recent addition to the Zelda series, “Breath of the Wild,” players must complete dungeons and story events in a specific order. However, there is enough freedom to explore the world at your own pace and not feel as if you are stuck on a track. 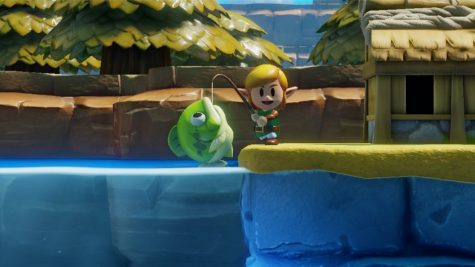 A feature new to this version of the game is chamber dungeons. These are player-made dungeons made from plates that are made by Dampé, a brand new non-player character who lives on his own. Dampé makes the plates for you as you explore more dungeons. This feature is useful to players who want to be able to mix up the dungeons they have been in or as a way to get some extra rupees. While it makes no difference to the main story if you make and explore these dungeons, they are a fun way to add variety into this highly linear game.

Beginning with Link being rescued while unconscious on a beach, he is almost instantly set off on a quest to wake the Wind Fish by a talking owl. To do this, Link must complete puzzles to find various keys that unlock sealed dungeons dotted around the island to find eight magical instruments. There is not much filler between dungeons so for those looking to skip the talking and delve into the deepest dungeons then this will be the ideal them. 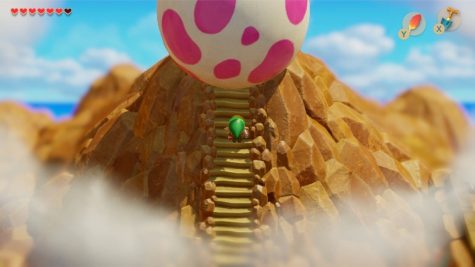 When not delving into dungeons to find the magical instruments scattered across the island, the story will take you to many interesting locations, such as a village inhabited by talking animals and offer various side quests. One such quest begins in the starting town, there is a building that’s sole purpose is for players to play a crane game, by moving a claw up and to the right, a certain amount players can try to win rupees, a shield and even a “Yoshi” doll. After winning the doll, players will begin on a side quest of exchanging items they have with something an NPC wants and so on.

This game clearly at the core is still a Gameboy game. There have been several points where I have gotten lost and had to look up how to complete certain puzzles and to beat some of the bosses. While most of the time I did not have trouble completing puzzles, fighting basic enemies and bosses, there were points that felt like difficulty spiked dramatically. When I wasn’t struggling I was more invested in exploring the world and doing the side quests more than completing the main story. This was due to it being easy to lose track of the story because, for the most part, it was going to this place and get this item then go somewhere else. There was very little to get me into the story, I was more concerned about Link and making sure he didn’t get hurt.

Overall this is a good game but I do not recommend it for players just getting into the Zelda series due to its hands-off approach and minimal story. Series veterans will have no problem sinking their teeth into this title and may even find some of the more challenging points quite easy, especially if they have played the original.