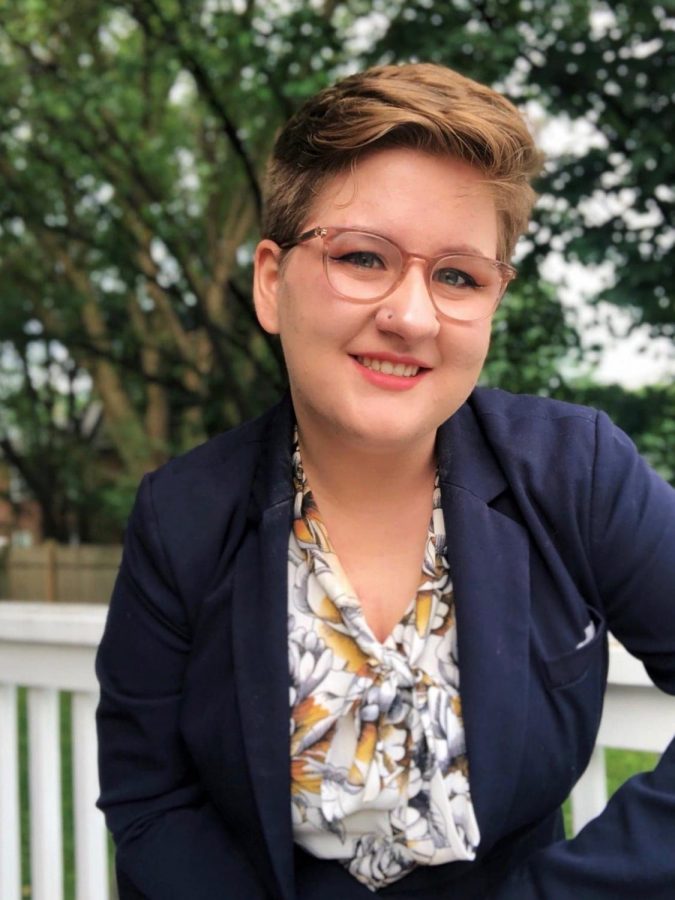 As the Secretary of University Policy and External Affairs for UMass Amherst’s Student Government Association, Sonya Epstein’s goal is to make the university a more accepting place for everyone, especially those affected by racial injustice.

“I love this campus so much and I want everyone to feel the love for the campus that I have,” Epstein said. “I think that’s why I want to change UMass for the better,”

In Fall 2018, numerous racist incidents occurred in Melville Hall in Southwest Residential Area, including the N-word being written on an anti-racism poster.

“I lived in Melville last year, and seeing my friends not feel safe on campus and not be able to learn made me realize that I need to use my voice and the privilege I have as a white person to try and amplify their own voices,” said the sophomore social thought and political economy major.

In their SGA position, Epstein gives policy recommendations to the SGA president, senators and administration. They also ensure collaboration between SGA, its agencies and subsidiary governance bodies including RSO councils. In addition, Epstein is the liaison between the SGA President and the town of Amherst, the state of Massachusetts and the United States Government.

“My position is very ‘big picture’, but I still want to connect with students on an ‘on-the-ground’ basis,” Epstein said.

One way they are connecting with students is through an outreach survey they created. The outreach survey asks students what policy changes they would like to see in different departments around campus. Epstein and other SGA members will look at trends in the responses and decide where they should focus their efforts to bring about change.

The outreach survey was sent out to numerous agencies, including CMASS, the Stonewall Center and the Cultural Centers, which will distribute the survey in their email lists. SGA will also send the survey to students in their next mass email.

Since joining SGA in 2018, Epstein has been involved with a number of different campaigns. They are a part of the Center for Education Policy and Advocacy, an advocacy group that holds campaigns around student food insecurity and pouring rights for Coca-Cola.

With their large involvement in SGA, it’s evident Epstein has a passion for politics. That passion began when they joined the Gender Sexuality Alliance at their high school. As a queer non-binary person, Epstein discovered their identity there, which allowed them to find their voice in politics.

They later joined the statewide GSA, run by the Department of Education, during their junior year. The program offered educational workshops about identity, intersectionality and highlighted different bills that are in the statehouse.

Epstein applied to their current position in SGA because of their experience with the Massachusetts GSA program. “I wanted to use the knowledge I had been using on a statewide level and focus it on UMass,” they said.

Despite having made many changes to UMass, SGA members do not always see eye-to-eye. However, Epstein says that all members of SGA have one thing in common: they want to better the lives of UMass students.

“I do think that we have some work to do terms of [unity], but I think we all care about students a lot, and if anything we can all unite over that,” Epstein said.