On his ninth studio album, West creates an album that is rich on the surface with little beneath it. 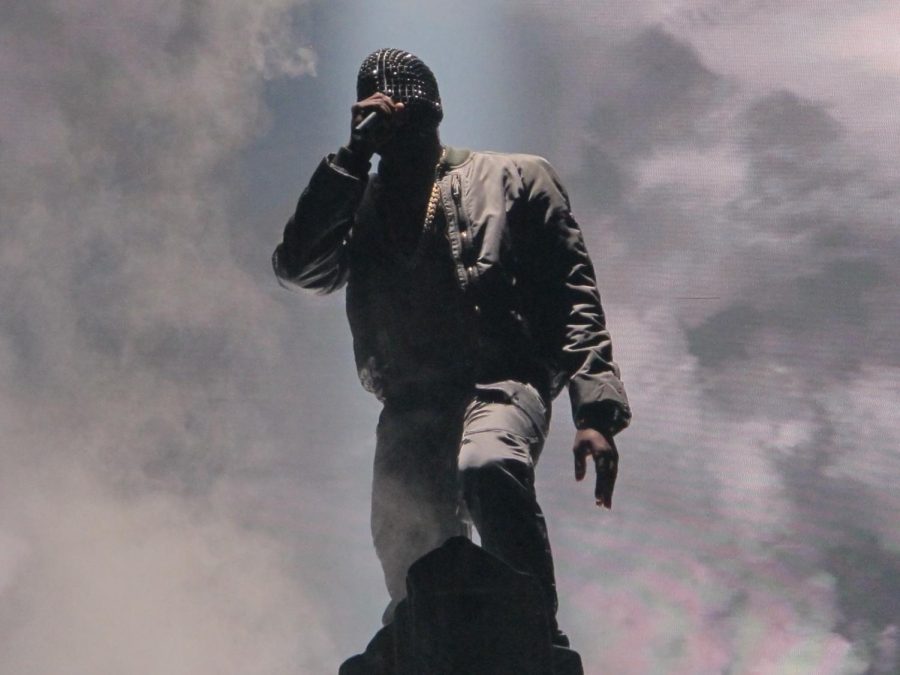 Kanye West, at this point needs no introduction. We find the Chicago-born icon where he is always is, right at the center. Whether it’s because of his music, controversy or spirituality, Kanye West always finds his way back to the spotlight.

Through his discography, it’s easy to document the trajectory West’s illustrious music career. Yet, fans and critics alike started to see the cracks. With his polarizing 2013 album “Yeezus,” Kanye created his most experimental and sonically abrasive work to date. While “Yeezus” was widely critically acclaimed, some were left unconvinced. Three years later, with the release of “The Life of Pablo,” fans, like myself, and critics began to wonder if Kanye’s experimentalism was the new direction of his career, or some form of declination altogether.

Now, we arrive at “Jesus Is King,” the follow-up to the underwhelming “ye,” an album in which Kanye’s unpreparedness and declination came out with underdeveloped tracks and supremely lackluster lyrics.

After being delayed since Sept. 27, “Jesus Is King” dropped (late again) on Oct. 25 bearing a wealth of divinity and inspiration. However, the project also has many of the flaws that made “ye” a low point in the West’s iconic career.

“Every Hour” sets the listener up for West’s sermon, injecting the listener with the atmosphere of a Sunday Service. The pews are full, the choir is bustling and Pastor West centers himself on the altar.

Leading into “Selah,” the album’s second track employs a soft, yet full organ to accompany West’s rapping. With great rhyme scheme and wordplay, Kanye’s verse builds and builds, almost like he is actively delivering a rising, powerful sermon at a church service. The track climaxes with more triumphant vocals from the choir, leading into Kanye’s impassioned second verse over pompous, emphatic drums. In the first half Kanye raps, “Before the flood, people judge / They did the same thing to Noah / Everybody wanted Yandhi / Then Jesus Christ did the laundry / They say the week start on Monday / But the strong start on Sunday.”

Next in succession is “Follow God.” West flips the beat in classic fashion, utilizing a rich vocal sample from Whole Truth’s “Can You Lose By Following God.” The sample floats over a snappy, pacey hip-hop beat with a soft kick drum and poppy hi hats. While exquisitely produced, the track raises the first red flag of one of the project fundamental flaws.

West’s delivery on this track sounds bland and monotonous. Kanye loses some of the momentum he builds on the first two tracks and puts together a lifeless track with passable lyrics about Kanye’s intersection of life and religion. He raps, “Lifelike, this is what your life like, try to live your life right / People really know you, push your buttons like typewrite / This is like a movie, but it’s really very lifelike / Every single night, right, every single fight, right?”

The rhyme scheme is rather predictable, if not elementary. Apart from the drab delivery, the real issue that bubbles up from this track forward is West’s songwriting. Subsequent tracks like “Closed on Sunday” and “On God,” feature preachy, corny lyrics that could only be matched by Big Sean.

The midsection of “Jesus Is King” is where the album suffers most. After appearing to have clear direction and focus through the first couple songs, West’s gospel albums devolves into a jumbled, confused blend of self-antagonizing lyrics and nonsense.

The best indicator of this issue lies in West’s lyrics. While “Jesus Is King” is a weak lyrical expedition from the jump, the album struggles mostly because it seems like Kanye can’t decide what he wants this project to be.

On the “Yeezus” and “ye” hybrid track “Hands On,” West spits, “Nothing worse than a hypocrite / Change, he ain’t really different / He ain’t even try to get permission / Ask for advice and they dissed him / Said I’m finna do a gospel album / What have you been hearin’ from the Christians?”

Once again, we find Kanye more concerned about his own image, straying away from the gospel, jesus-centric album he strove for in the album’s first act. Lyrics like these riddle “Jesus Is King,” and the album devolves from a gospel album into an album about Kanye West.

“Jesus Is King” is not horrible, nor is it good. But, it is an indicator for the end of Kanye’s historic run. This album starts off incredibly strong, but then quickly unravels into a mess of shallow lyrics and Kanye-centric songwriting. Kanye does not deliver a gospel album, but rather an album about Kanye West’s relationship with his faith. Yet, he still finds himself troubled by criticism and routinely ties in his personal hardships into “Jesus Is King.” The bottom line is that “Jesus Is King” is the first noticeably poor Kanye project, signaling the end to what has been one of hip-hop’s most incredible runs.