Beacon Hill is beginning to look like Capitol Hill

From tax increases to limitations on speech, the Massachusetts state legislature continues to under-perform and disappoint. 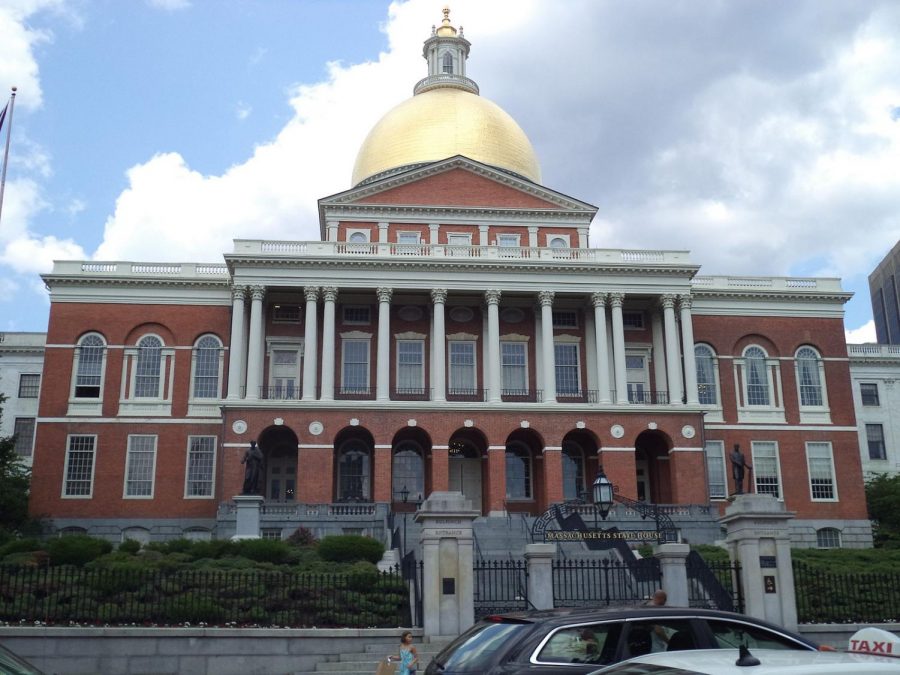 Throughout the history of our republic, Massachusetts has constantly stood out as a commonwealth willing to fight for its beliefs of what sovereignty is and its interpretations of what our founding fathers intended. As former Governor John Winthrope put it in 1630, Massachusetts is “a city upon a hill,” a beacon of liberty for other states and territories to follow.

From being one of the trailblazers in the effort to abolish slavery to being the first state to legalize same-sex marriage in America, Massachusetts has been the embodiment of what it means to be free.

Recently, however, representatives in our state’s legislature have failed miserably to maintain their high standards. Even city council leaders in our state’s capital cannot seem to go a day without proposing laws that demean our country’s values.

Last week, a series of bills were proposed by state representatives, senators and Boston city councilors that were pretty embarrassing, to say the least. Among these was a bill to introduce congestion pricing in the eastern part of the state, a ban on face masks in Boston, a ban on youth tackle football, a ban on helium balloons and a highly controversial bill that would attempt to make expletives illegal.

To begin, the first bill introduced early last week was one that would essentially place a tax on people driving to and from work. Commonly known as congestion pricing, this bill seeks to ease traffic in densely populated areas and to decrease pollution.

"Stockholm has already reduced the number of cars entering the city by over 20%, charging congestion fees for drivers and increasing the capacity, frequency, and range of the public transit system." Sound like something we want in Greater Boston? https://t.co/gRkckv9Lfq #mapoli

While research indicates that congestion pricing often does the job it intends to accomplish, it also tends to be very unpopular with the public—especially low-income residents. People who cannot afford public transportation would be the ones most affected, especially in Boston and eastern Massachusetts.

Even Governor Charlie Baker recognizes that those with inflexible schedules (i.e. those commuting from western Massachusetts) would also be forced into paying a fee that could be up to 50% higher than times when the toll is not in effect.

Last Monday, Boston City Councilor Tim McCarthy introduced an ordinance that seeks to ban face masks in the state’s capital. The bill serves as a response to the Straight Pride Parade that took place in the city in late August.

While people say that the “celebration” did not represent the values of Boston or Massachusetts, banning face masks would actually set a dangerous precedent by undermining the First Amendment.

Face masks and coverings allow an individual to peacefully protest without the worry of government retaliation or from people who disagree with their protest. If you have any doubts about that, just ask those fighting for their human rights in Hong Kong about their opinion on the subject.

Several infuriated constituents showed up to the city council in face masks to show their disapproval of the law.

On Tuesday, Oct. 23, a hearing took place in the state capital over whether or not Massachusetts should ban youth tackle football, a tradition nearly as old as the sport itself. While a small number of proponents argued that the development of Chronic Traumatic Encephalopathy, a disease that deteriorates the brain, occurs more frequently than those that participate in the sport from a young age, many oppose the idea of getting rid of one of the country’s most popular sports for children who dream of being famous football players one day.

Opponents of the bill argue that many youth football organizations, like Pop Warner, hold seminars and events that promote proper tackling and safety in the sport. To many, it is apparent that the point of youth participation is to prepare children for later, advanced stages of football and taking away their ability to learn would only lead to more cases of CTE.

Not only that but the decision to play any sport, including those that involve direct, physical contact, should be one between a parent and a child, not the government.

Similar bills proposed in April of this year addressed the same problem and were quickly met with large groups of opposition at the Youth Football Alliance rally, which was held right outside the State House that same month.

State representatives also debated a ban on the sale and distribution of helium balloons this past week. The bill’s aim is to protect sea animals from consuming the balloons as they deflate, become trash and end up in the ocean. The bill would include handing out a $100 fine to those who break the law.

The occasional balloon might end up somewhere unintended, but a $100 fine isn’t going to stop any big corporations like Party City or I Party, the ones at the heart of the problem, from selling them. The bill appears to target one demographic, and that is small business owners.

If state lawmakers had any real concerns about the environment, considering that our state borders the Atlantic Ocean, then why would $100 be sufficient in aiding to end the issue and damage that they claim is observable? Because their concern lies with appeasing big business at the expense of small businesses that sell helium balloons.

Democratic Representative Daniel J. Hunt of Suffolk’s 13th District introduced a bill last week that detailed a plan to penalize anyone that was caught calling another person a swear word. This proposal was brought to him by a constituent, which our commonwealth’s constitution permits, but there are a number of problems wrong with the chosen wording and punishments within the bill.

For starters, nobody should be penalized for language used in a derogatory manner. This would clearly violate the Constitution. “It’s what we call a content based regulation of speech, which is basically automatically unconstitutional,” Boston University constitutional law professor Jay Wexler told MassLive without hesitation.

Besides infringing upon our right to freedom of speech, the bill also sets ridiculously harsh consequences for an instance of hurting someone’s feelings. A first offense, per an outline of the bill, would be to pay a fine of $200. A second offense would land you in jail for six months, an outrageous punishment for such a minor offense.

To even debate this ban is humiliating and demonstrates people’s lack of knowledge about our  constitutional rights. An even scarier thought is the fact that Representative Hunt had the audacity to insult the intellect Massachusetts’ residents in his attempt to put forth legislation that regulates the words that come out of our mouths.

Headlines about the bill have appeared in prominent publications, including the Washington Post and the Boston Globe. Many people have resorted to showing their activism against the bill by going to the representative’s social media and drowning his pages in the word he set out to criminalize.

The backlash these laws have received further shows how powerful our voices are in the governing process.

As citizens, it is our civic duty to show disapproval with any law or action by our representatives that do not represent us. In the midst of such a hyper-partisan era, it’s easy to forget that we the people control the government, not vice versa. It is our responsibility to hold our leaders accountable through activism, journalism and education.