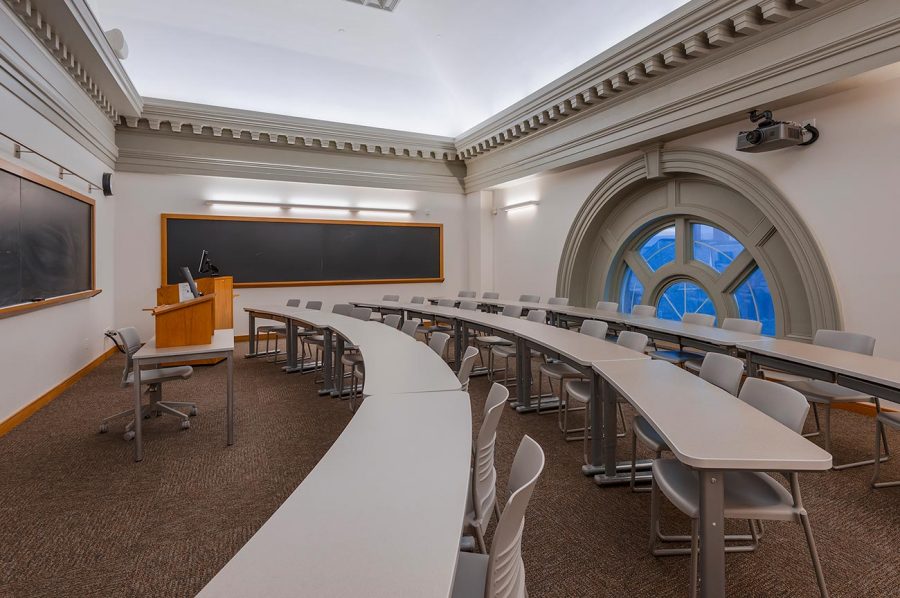 Study after school. Study on the weekend. Study after homework. Every moment of my education led to this exam. An exam that I was told would decide my future college career.

The room was cold. Every available seat was filled by anxious high-schoolers preparing for over three hours of testing. After finding my assigned seat, a bucket was passed around the room for everyone to put their phone in; if your phone rang you would fail. If you talked without permission you would fail. If you didn’t follow instructions exactly you would fail. The tension in the room was palpable—I had stomach cramps throughout the test because I was so nervous.

I took the SAT twice in high school, once as a junior and once as a senior. After both exams, I was hungry and frustrated that my future was determined by my test-taking abilities. A standardized test that only includes math and English does not measure intelligence but rather students test-taking abilities. They also measure how much students are willing to spend on getting a high score.

What happens when success requires spending money? Hiring tutors and buying test prep materials can cost hundreds to thousands of dollars depending on how dedicated (and wealthy) the student is. I was lucky enough to go to a school that offered test prep from Harvard Student Agencies at a discount. I’d begrudgingly go to school every Saturday for a five hour SAT course.

For group study sessions, HSA charges $495 for five weeks, whereas private tutoring costs $75 per hour. College Board, the official website for aspiring college students, charges $49.50 to take the SAT and $64.50 for an additional essay. There are also fees for late registration and sending more than four test scores to colleges. However, there are fee waivers available to students who qualify for them.

According to a study on 2019 SAT test scores conducted by the Fair Test organization, on average, students with the highest test scores were white and Asian students whose parents have obtained a higher education. Students who did not use a fee waiver also performed better on average.

Chances of being accepted and awarded scholarships depend on the scores students achieve, but does it actually measure how successful they will be in college and their careers?

There is a clear correlation that wealth and status determine the amount and quality of opportunities available to those taking the SAT. However, that doesn’t mean that it is impossible for low-income students to earn high scores and go to great schools—but it makes it significantly harder.

The College Board and thousands of colleges across the U.S. argue that the SAT is great for measuring the intelligence of high school students and view it as a necessity in determining how well a student will perform in college. It is also a great tool to measure college ranking, meaning more students with higher test scores will increase a college’s ranking and funding.

The SAT is indeed a great system for ranking and categorizing students to make admissions an easier job for colleges, but what it is measuring is not intelligence.

Everyone doesn’t think in the same way, and students should not be punished because their minds don’t conform to the format of standardized tests. You could spend countless hours and thousands of dollars on preparing for the SAT and still not get a perfect score, as was seen in the documentary “The Test and the Art of Thinking,” directed by Michael Arlen Davis and reviewed by The New York Times. The documentary collected various opinions of the SAT and found that students are generally frustrated by the SAT, wishing there were other ways to show their capabilities.

Though some students think the test caters to their way of thinking, it is not an all-inclusive opportunity. Schools adjust curriculums to accommodate the test instead of teaching for the sake of learning. The SAT’s hold on our education system hurts its students and teaches us to value scores more than learning.

There are already thousands of colleges who are more flexible when it comes to submitting SAT scores, but it is still a huge weight on students’ shoulders because we are taught that the test will determine our futures.

The fact that better scores generally follow spending more money is extremely troubling to students who can’t afford to do so and don’t know how to navigate the process. Why are we conditioned to think that our worth is measured by a narrow test and the type of college we go to?

When I was applying for college, it was expected that you had high test scores, good grades and extracurricular activities. The trend is slowly moving towards exceeding your interests rather than the scores of the three-hour test, but it’s not enough to drop it entirely.

Somehow, intelligence was confined to this small box of conforming to a certain way of thinking rather than exploring the unlimited possibilities of what we can achieve. Somehow, we were led to believe that scores matter more than anything.

Rather than learning how to take a test, our schools, our lives and our careers should focus on learning about the things that will make us better people, free from the confines that marginalize those who are capable of greatness but don’t know it yet.