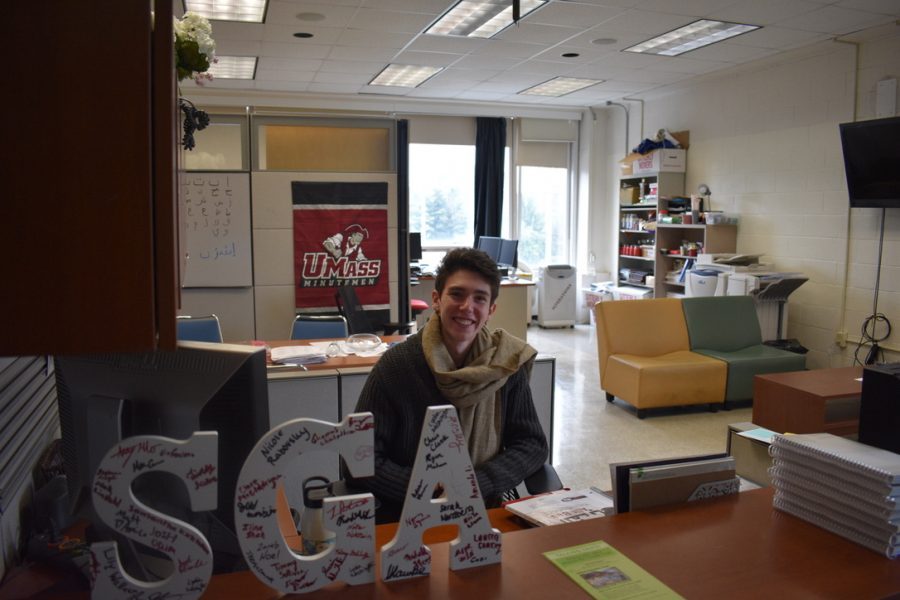 Editor’s note: This article has been updated to reflect missed attributions to the Daily Collegian’s recent SGA impeachment article. Two paragraphs and a quote from the Daily’s article were included in this article and have been omitted. Our reporter was present at the SGA meeting and took notes and recorded audio of the meeting. We apologize to reporter Kathrine Esten.

AMHERST– The Administrative Affairs and Subcommittee on Rules and Ethics at the University of Massachusetts is conducting an impeachment investigation into the current Student Government Association President Timmy Sullivan.

The investigation was announced at an SGA meeting on Wednesday, Oct. 30, following a petition with over 100 student signatures calling for Sullivan’s impeachment. Claims against Sullivan allege that he violated bylaws concerning SGA payroll during the 2018-2019 academic year.

Last year, the SGA Vice President and SGA Secretary of Technology each resigned, leaving Sullivan to find candidates to fill those roles, as SGA bylaws require. He found a vice president in Hayden Latimer-Ireland but didn’t receive any applications for the position of secretary of technology.

At that point in time, Sullivan was conducting the duties of both the president and vice president of the SGA, and he was compensated for an additional 10 hours of work per week with approval from SGA Advisor Lydia Washington.

At the senate meeting on Wednesday, Sullivan stated that this type of compensation is “normal and procedural in accordance with some other positions.” He gave an example of increasing pay hours for the secretary of the registry during the RSO approval process, should their workload increase significantly.

Administrative Affairs Chair Althea Turley said that the “Rules and Ethics [subcommittee] shall begin an information-finding process to determine what happened, why it happened and what the consequences were.”

Sullivan expressed concern over the nature of the impeachment inquiry at Wednesday’s meeting. The petition itself has no named author and alleges that a number of individuals partook in “heinously inappropriate” conduct during the spring of 2019.

Sullivan voiced confusion as to why he wasn’t approached previously about the events currently under investigation, and why he was simply met with an impeachment inquiry instead. “I can only understand this to mean that the ends of this inquiry are more important than the act of actually inquiring itself,” he said.