Confidence, style and an out-of-this-world flow welcome you to the world of Jay Astro 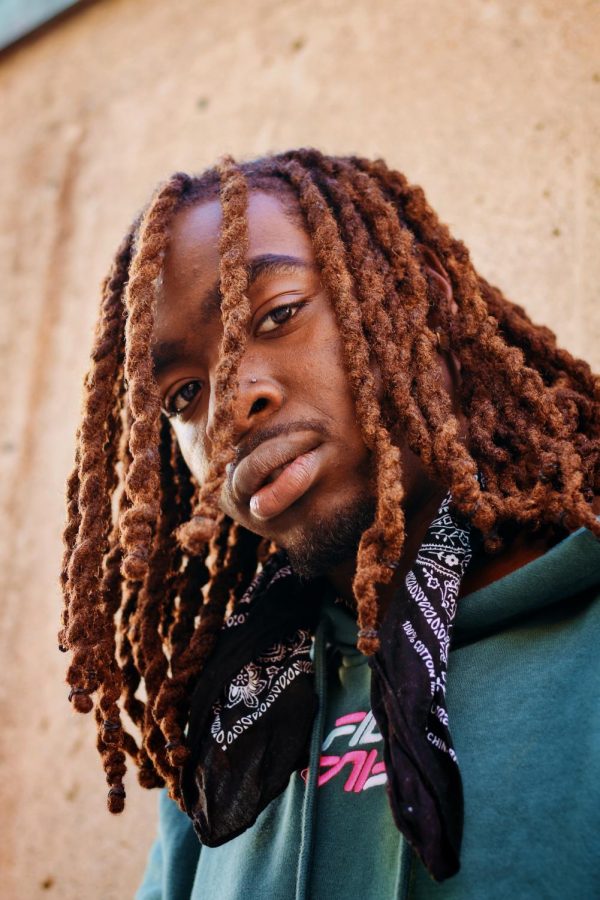 Walking around campus on a Tuesday afternoon, it is evident that the University of Massachusetts Amherst is quickly approaching the brittle months of winter. There are hardly any students walking around, or studying outside as they once did in the beginning of the semester. Those that are out have their chins tucked into thick coats, ears plugged with music and mouths already in dire need of Burt’s Bees.

Amongst the dim crowd however, is a student hailing from Boston adorned in a colorful sweatshirt, UGGs and a bandana stealthily wrapped around his neck. Johnny Hudson, 19, is a sophomore studying psychology at UMass.

“Fashion to me is incredibly important. Once I get the big bands…don’t even play with me, it’s really over for all these b*****s,” said Hudson.

“I just really try to make my fashion right now really close to the heart, I try not to be out of pocket. Everything that I wear is a representation of me. I feel like someone’s style should say their vibe. People spend so much time trying to make their fashion say something else, to tell a different story. I just feel like if it doesn’t show who you are, then you’re faking it.” 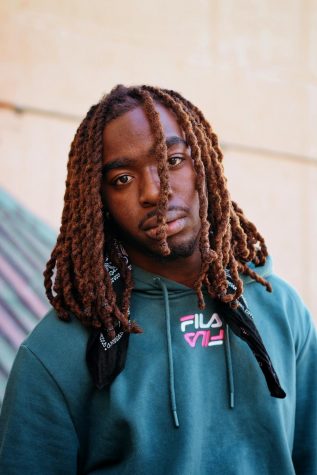 While his idiosyncratic style is enough to make him stand out, it is the warmth he radiates merely from his energy, whether this be rapping on stage or simply walking through the Southwest wind tunnel, that truly makes him unique.

He goes by the musical moniker, Jay Astro, which came about from a random name generator, after he realized he couldn’t keep using his initial stage name, Lil Cheetah Boy.

Growing up, Astro listened to big names such as Usher and Michael Jackson. He was usually tuned into the radio, and did not start getting into more underground music until he received his first iPod.

Astro was entranced in music from a very young age, “I always had this great love for music, I used to write music when I was nine, and it was trash, it was GARBAGE.”

As time went on, he started to perfect his craft and eventually began remixing random beats when he met his friend CJ. In 2016 they stumbled upon “Slob On My Knob” by Three 6 Mafia. They remixed the track, put it on SoundCloud and within no time it had racked in 150k plays.

“That’s what gave me a lot of my initial confidence as an artist,” says Astro regarding the track blowing up. “Then, my mom started listening to my music and she really liked it, and if my mom likes it then that’s it.”

Astro looks at his family, especially his mother for a lot of his drive and inspiration both as an artist, and a human. When reflecting on what his ideal life would be as an artist, he does not look towards fame or fortune, but rather his mother’s happiness.

“I would want my mom just spending mad money on something she shouldn’t have spent mad money on, and I’m like why would you do that? But I’m also not worried because I have mad money so it’s fine,” he said. “That would be great, that’s the goal. Me and my mom just being out there, living life, being happy.”

While his family plays a big role in his motivation as an artist, Astro points to his inspiration branching from everyone that wanders into his life. “Any person that I meet, any experience I have makes me want to write, makes me want to do anything. That kinda inspires all of my music,” said Astro.

Just as he is inspired by those around him, he feeds that inspiration right back. Astro has already built a large group of supporters at UMass, with a plethora of people proudly constantly sharing and reposting his music. 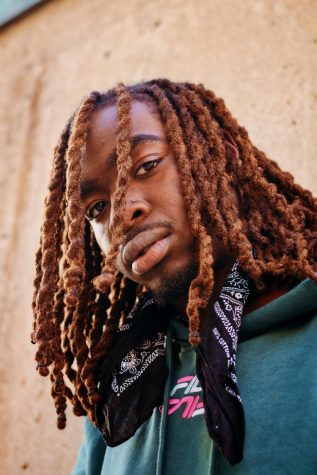 “I feel like the support is everything, because if you have a foundation of people believing in you, everyone else is gonna be like ‘I mean if these people trust him I’m gonna trust him,’” he said. “I’m super glad I came here over any other school because I feel like there’s something I can change, I can be a big person here. People go down to colleges where it would be easier, like they’ll go to Berklee, or colleges in Atlanta. But my goal would be to stay home, make it out of Boston, make it out of Amherst, make it out of Mass. I want to be genuine.”

When speaking to a lot of artists from Mass., it is evident they see their current location as temporary, as a stepping stone to California, Atlanta or another location with a condensed music scene.

Yet, Jay Astro does not reflect this mindset, “I always see myself coming back to Mass., no matter where I expand to. I love it here, I don’t know why but I do.”

It may be harder for artists to make it out of Mass., given the music scene in Boston is not as large as other cities. However, this does not mean there is a shortage of talent, as some of the talent exhibited in Boston cannot be matched anywhere else.

Experience is all Astro’s music is truly about, it’s about telling stories, it’s about coping and hoping the listeners can understand.

“My music is about making yourself feel better, feel stronger,” he said. “Like my song [“XXL”] says, ‘ring that bell, I’m the rookie of the year.’ You just gotta have that confidence. A lot of my songs just reflect where I’m at emotionally, and that confidence is where I’ve been lately.”

His latest single, “XXL,” exemplifies this confidence perfectly. Astro even attributes it as his proudest song to date, “that’s what I’ve put the most effort into, every single bar sounds different.”

A close second in regards to pride when it comes to his craft is “Superman.”

“That was the first song where went to the studio, sat down, and really spent more than one day perfecting it – most people would spend two hours in a studio session just trying to drop something – I spent three weeks. $600 trying to get it all together,” said Astro about the single. “That was the first time I really understood the art of trying to drop music. Before I would drop studio tracks or whatever on SoundCloud just to get music out, then I realized the importance of production and all that.”

Most of Astro’s production can be credited to producer, Tash, “he’s a famous producer, that’s how I look at him, he’s a star.”

Make sure to listen to Jay Astro’s music below, and keep your eyes peeled for all he has planned ahead.

“I have a show at Out of The Blue Too Art Gallery in Allston, and I’m gonna be dropping way more music, way more visuals. A video is coming up for XXL. My main goal right now is to perform at the Spring Concert.”