Five Swastikas were drawn on the UMass Fine Arts Center 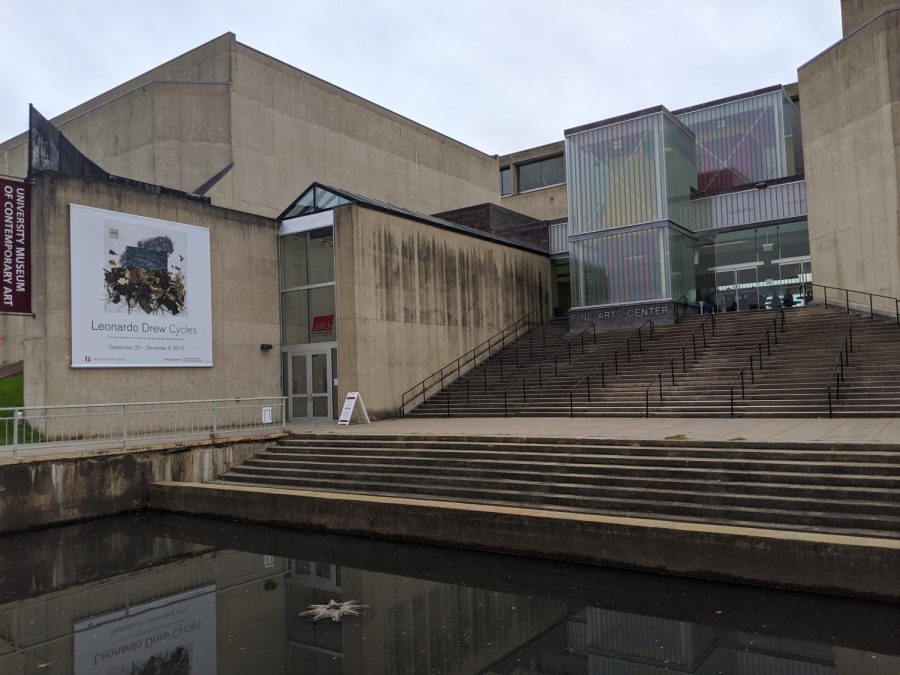 “I know my biggest problem with swastikas is the intent of the person that drew them and the effect that it has on people who aren’t aware of what it really means,” said Ravid Inbar, a Jewish freshman student at UMass.

The swastikas were erased immediately after the UMass Police were notified about the graffiti. The university released a statement on the institution’s disapproval of the act.

“This act of hate is an affront to the university’s values. We reject this hateful act and remain firm in our commitment to building a more inclusive, equitable community that embraces the dignity of all,” Ed Blaguszewki, executive director of strategic communications, said in a statement.

“We are confident that our community’s rebuke of such hateful acts will strengthen the resolve of every member of the UMass community to stand together and reject hatred in all its forms,” he added.

The university offered support services for the members of the community that are impacted by the incident, as well as reached out to people directly affected by the act.

However, some students were not satisfied with the actions of the university.

“People were very angry about it. They were angry about why the school hadn’t done anything about it, why they weren’t publishing any punishments or trying to investigate a little harder about who had done it,” Inbar said about his fellow community members in the Jewish community.

UMass Hillel, an organization that supports Jewish involvement on-campus, published a statement on their web page announcing their denunciation of the hate crime and antisemitism. The statement promotes tolerance of Judaism and other religions, cultures and ethnicities in the UMass community. Hillel also offered a safe space for students to talk about the issue.

“Unfortunately, it is very difficult to stop hateful vandalism. In the age of the internet, it is also as easy as ever for people to get pulled into hateful ideologies. Preventing hate requires a long-term investment in educating ourselves and our communities about all forms of bigotry. It requires building real relationships between different communities,” said Rabbi Aaron Fine, the executive director of UMass Hillel.

Western Mass News reported that the graffitied swastikas on the UMass Fine Arts Center occurred six days after eight swastikas were drawn on three different buildings at the Smith College campus. Campus police at both colleges are looking into the incidents.

Last school year in November 2018, there were several events of hate-crimes reported on the UMass campus, including a Swastika on a student’s dorm door, homophobic slurs and flyers posted from a white nationalist hate group.