Entertainment’s songs of the decade: 2012 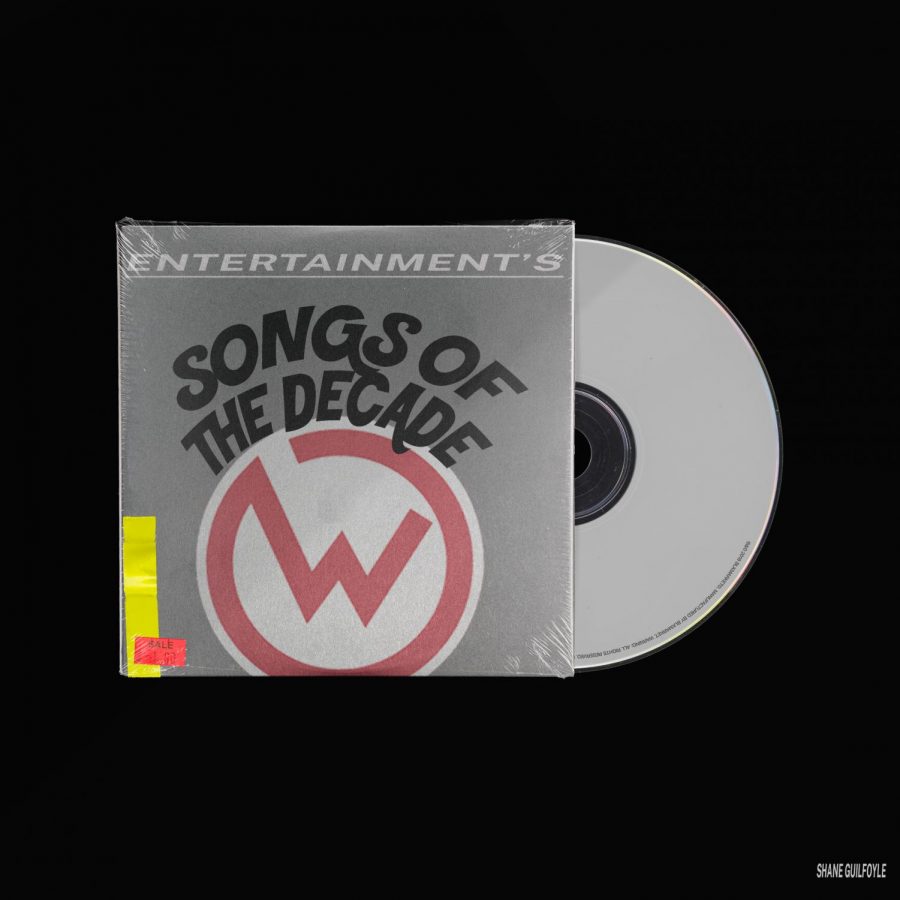 For the next few weeks, Amherst Wire entertainment is bringing the best of the decade right to you. We’ve taken the best and most memorable songs of the decade to give you the ultimate nostalgia trip. Check out the third installment of our decades playlist below to take a trip back to the start of the decade.

Is there a more recognizable hip-hop album introduction in the decade?

2012’s “Dreams and Nightmares” is Meek Mill’s greatest song to date. Don’t believe me? Put it on at a party or cookout and see the immediate congregation that follows. After Meek says, “ain’t this what they been waiting for?” over those filtered piano keys, there’s a murmur immediately followed by drunk guys pushing each other and reciting every bar with the level of aggression increasing as the song moves closer to the beat switch.

By the time “Hold up wait a minute” blasts through the speakers, the area has turned into pure chaos.

“Dreams and Nightmares” still kills at parties today because it’s a song of the underdog. While Meek boasts of fame and luxury on the track like many, many other rappers, the track still has the same energy as Rocky jumping in triumph after his training montage. In many ways it’s inspirational. If Meek made it, maybe one day so will you.

In what is one of my personal favorite Kendrick Lamar cuts, “Money Trees” embodies lust and temptation. In his iconic 2012 record “Good Kid, M.A.A.D City,” Lamar takes us on an exquisitely crafted journey through his youth and upbringing in Compton. The album itself wrestles with issues of identity, fame, materialism and the entrapments of gang life. “Money Trees” is perhaps the melting pot of all major themes within the album.

The instrumental is nothing short of ethereal. With panning vocals and faint sounds of the outdoors, the soundscape is nothing short of mind-blowing. It isn’t until the booming, heavy 808 and kick drum come in that Kendrick begins to recount the dreams and aspirations of his pre-rap self, a young man trying to find his identity. “Uh, me and my n***** tryna’ get it, ya bish / Peep the house lick: tell me is you with it, ya bish / Home invasion was persuasive / From nine to five I know it’s vacant, ya bish / Dreams of living life like rappers do.”

Most people will remember 2012 as the time when Korean singer PSY swept the nation with “Gangnam Style.” The song — accompanied by a few signature dance moves — was the United States’ first introduction to K-Pop. PSY challenged American listeners to push their musical comfort zones by listening to new languages and cultures. While PSY went on to create a similar Korean-dance extravaganza, “Daddy,” he will always be remembered for his hilariously unique work in “Gangnam Style.”

After seven years of album hiatus from the Grammy Award winning singer-songwriter, Fiona Apple returned with her album, “The Idler Wheel Is Wiser Than the Driver of the Screw and Whipping Cords Will Serve You More Than Ropes Will Ever Do,” often abbreviated as “The Idler Wheel.” The record is entirely acoustic, with Apple’s raw emotions being the driving force of each track. Known for her vivid honesty and heartbreaking poetry, Apple’s fourth album narrates infatuation, self-questioning and explores the challenges she faces with understanding herself and the world around her. Although it was debuted on Valentine’s Day of 2007 at a performance in Los Angeles, “Valentine” would not be released until 2012 alongside the album. With lyrics such as “I root for you, I love you,” the track is received as telling the story of someone putting all their love, affection and energy into someone who is oblivious to it, and incapable of reciprocating it. Yet, Apple has stated it is in fact written about a girl she deeply admires, and aspires to be more like.

Regina Spektor is the first artist I remember falling in love with. “Soviet Kitsch” (2004) was the first album I listened to that was new. It wasn’t The Beatles, it wasn’t Queen, it was distinctly from that moment in time. Maybe the themes weren’t appropriate for a 6-year-old but there was something haunting and seductive about Spektor that lured me in. Eight years later, Spektor continued to cast spells with her alluring vocals. In “What We Saw From the Cheap Seats” (2012) Spektor suctions all the melancholy one can possibly feel into one song, “Small Town Moon.” Spektor grabbles with impending mortality and how to go forward.

“How can I leave without hurting everyone that made me?”

She reiterates, incase the listener had missed it. Spektor loves repetition.

“How can I leave without hurting everyone that made me?”

For those of us on the threshold of doom about leaving our small town, Spektor does not give an answer but leaves us questioning.

Other picks: “Thinkin’ bout you” – Frank Ocean, “Take a Walk” – Passion Pit
“We Are Never Getting Back Together” – Taylor Swift
Kacey Connolly, editor

“We Are Never Getting Back Together” became one of Taylor Swift’s most polarizing songs in 2012. A truly iconic bop, this song not only debuted Swift’s heavy pop influence on her country album “Red,” but she also used this disc to call out everyone’s favorite boy bander, Harry Styles. I can still remember the first time I heard it, immediately texting my friends about how the lines “’Cause like we hadn’t seen each other in a month / When you, said you, needed space (what?)” must be about Styles. The song that sparked one of the most talked about celebrity love affairs, this hit single disappointed mediocre Swift fans while igniting a fire under hardcore Swifties who managed to manifest so many stories on the deeper, hidden meanings behind the song that even entertainment news sites and tabloids picked them up. A pure jam perfect for screaming at the top of your lungs in a car right after some stupid boy breaks your heart, this single remains timeless.

Justin Bieber really said “Swag swag swag, on you / Chillin’ by the fire while we eating fondue” and we just let him. Written by Bieber, Mike Posner and Blackbear, “Boyfriend” is by far one of Bieber’s most iconic bops. Knowing now who helped co-write the song really explains a lot about what it came to be. Coming from his third album of the same name, Bieber’s performance of “Boyfriend” and really solidified him as a sex icon. The third album was a tonal shift for Bieber; he really came through on the vocals and there was something so cool and effortless about his new sound. I still remember going up to my friends saying “Swaggy” and they just knew what I meant. To this day “Boyfriend” is the perfect jam to sing along and dance to.

In 2012, a goat emerged. At just 17-years-old Chief Keef, real name Keith Farrelle Cozart, dropped his debut album “Finally Rich,” which featured “Love Sosa” as an intro. Here we see Keef deliver monumental and paradigm shifting bars such as “Raris and Rovers / These h*es love Chief Sosa / Hit him with that cobra/ Now that boy slumped over” that would help him cement his legacy on the rap industry’s totem pole.

“Love Sosa” has made waves online and in the rap-community. Just three days after the track’s release in October, Drake tweeted that he had streamed the single over 130 times. The trap anthem would also later find its way into the hands of Kanye West, who went on to release a remix of the song, entitled “I Don’t Like,” which featured Keef, Pusha-T, Jadakiss and Big Sean. Chief Keef’s contributions to the rap game has been a common debate point since his artistic inception and it would be a shame not to highlight the on of the most compelling argument in support, which was Jordan Gilty’s twitter rant that would later appear as the single’s intro on the deluxe re-release of “Finally Rich.” With “Love Sosa,” Chief keef propelled himself into a lane of prominence and “glo”-ry, where he would go on to release four studio albums, 32 EPs and be featured by a variety of artists.

Virginia born singer-songwriter Jason Mraz was put on the map in 2002 with the release of his first album “Waiting for My Rocket to Come.” Met with commercial and critical success Mraz played on. Ten years later, he released “I won’t give up” as the first official single from his fourth studio album “Love is a Four Letter Word.” The song was quite successful on the charts, reaching number 8 on the Billboard Top 100. It garnered international success as well reaching the top 10 in Ireland and the Netherlands. The acoustic ballad is a straightforward track about loving someone, loving oneself and staying true to your dreams. I remember this song quite fondly and would gladly sing along with words I still remember after such a long time. I discovered it through my father, as I did with much of my preferred music at the time. I quickly grew to like the track myself and would listen to it frequently on long car rides or quiet nights. The peaceful folksy tune pulls the heartstrings even without the nostalgia I feel listening to it today.

Taylor Swift is no newcomer to critics. She even went as far as to write her iconic song “Mean” about her experience with a particularly nasty one. But,“All Too Well” was universally-acclaimed by critics everywhere and labeled as one of her best songs to date. Her deeply moving lyrics about her attempt to get over a break-up resonated deeply with fans. Swift claims it was one of the hardest songs she ever had to write and it took her ages to do so working alongside talented writers such as Liz Rose. But with that came her most iconic line to date “You call me up again just to break me like a promise/ So casually cruel in the name of being honest.” The song was originally upwards of 15 minutes, but Swift and her team cut it down to 5:28, which is still the longest song on her album. No matter what phase, transition or break-up Swift is going through, “All Too Well” remains one of her all time best songs on any of her albums.

Other picks: “How To Be A Heartbreaker” – MARINA, “Stronger” – Kelly Clarkson