Throughout the decade, Styles' impact ranges from fashion, to social justice and beyond. 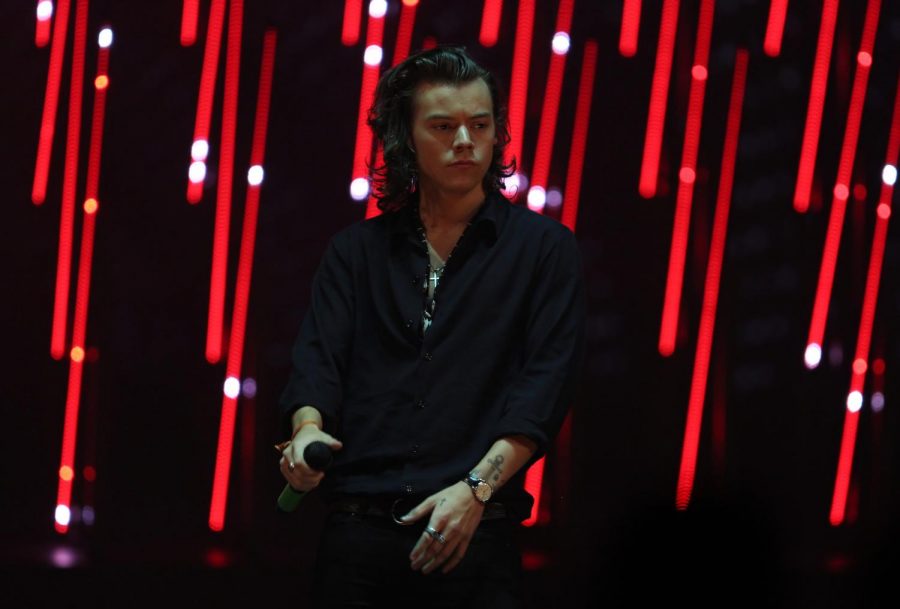 In 2010, the name Harry Styles was only known to those tuning in to the United Kingdom’s seventh season of the “X-Factor.” In five short years, Styles would become a member of arguably the biggest boyband to date, One Direction, and would find himself submerged in a pool of ultra fame. From 16-year-old boybander to 25-year-old rock revivalist, Styles has not only been shaped by the past decade of society, but has lent his helping hand in reshaping it as well.

At the start of his career, the British singer was pitted the player of his boybanding group. Between high profile relationships with celebrities like Taylor Swift and Kendall Jenner to more controversial ones with older women like Caroline Flack, Styles has found himself the target of the “womanizer” stereotype more often than not. Despite his and his band mates’ repeated statements against these assumptions, much of tabloid media refused to pay attention.

When One Direction declared an indefinite hiatus in 2015, fans were crushed. Five years of hit singles, music videos and moments had shaped an entire generation of girls, giving many of them the self-confidence and self-loving outlets they desperately needed. Although all five members have pursued solo careers, Styles’ seems to have had the most impact in pop culture.

Longtime 1D fans have always known that Styles was an inspiration; his quirk and goof allowed them to acknowledge their own. However, after breaking from his band and focusing on himself and his own passions, Styles found himself navigating the intricate waters of society and the seemingly concrete ideologies built around it. From gender to sexuality, Styles has made it a point to see past the heteronormative culture of the world. In this fight for inclusivity and acceptance, Styles has destroyed toxic masculinity barriers, redefining what it means to not only be an artist, but a human being as well.

In an interview with Rolling Stone, Rob Sheffield asks Styles about the notorious LGBTQ+ flags he waves around on stage. Styles answered with, “I want to make people feel comfortable being whatever they want to be. Maybe at a show you can have a moment of knowing that you’re not alone. I’m aware that as a white male, I don’t go through the same things as a lot of the people that come to the shows. I can’t claim that I know what it’s like, because I don’t. So I’m not trying to say, ‘I understand what it’s like.’ I’m just trying to make people feel included and seen.”

Styles’ claims to Rolling Stone have been exemplified in his performances on tour. During a show in Stockholm, the singer diverted from his setlist to give his audience a speech about inclusivity and equality, preaching, “If you are black, if you are white, if you are gay…I support you, I love every single one of you.” This debut solo tour also raised around $1.2 million which the singer donated to about 62 charities around the world, ranging from Time’s Up, March For Our Lives and Help Refugees.

It is this mindset that has made Styles such an icon of the decade. Growing from the goofy, pretty-boy boybander to the adult, serious musician that he is now, he has managed to unite various groups of underrepresented people in an effort to give them a free space to be themselves, acknowledging the simple fact that he doesn’t know what life is like for them.

The bulk of Styles’ barrier breaking is illustrated through his fashion. From his sheer Met Gala outfit to the sparkly suits worn on stage and bell bottomed silk trousers, Styles redefines fashion with every outfit. In doing this, the singer manages to deconstruct the stagnant masculine fashion standards, creating an inclusive, free-spirited sense of style open to all genders and sexualities. This, right here, is one major stride in killing toxic masculinity.

In a GQ article on Styles’ Saturday Night Live wardrobe, Rachel Tashjian writes, “His dangly earrings at the Met Gala started a craze, but so too does his wider embrace of sexiness in fashion, a gender-fluid vision based on the drama and sensuality of womenswear rather than men’s suiting.” The people of Twitter seemed to agree with Tashjian.

In an array of tweets about a Saturday Night Live photo of Styles’ in a pink ballerina tutu, users commented on the effects the singer has on toxic masculinity.

Styles’ focus on equality doesn’t stop at his wardrobe either. In his Rolling Stone feature with Sheffield, Styles bashes the negative narrative surrounding fangirls when asked about his predominantly female fan base, stating, “They’re the most honest — especially if you’re talking about teenage girls, but older as well. They have that bull**** detector. You want honest people as your audience. We’re so past that dumb outdated narrative of ‘Oh, these people are girls, so they don’t know what they’re talking about.’ They’re the ones who know what they’re talking about.”

Whether you’re a fan or not, it is undeniable that Styles has set the pace for the next decade of gender, sexuality and fashion. From 2010 to 2019, the world has made strides in non-conformity and self expression, especially in the realms of gender, sexuality and race. It is obvious that more work needs to be done; as a society, we still have an overwhelming amount of progress to accomplish. However, it is people like Styles, who has been submerged in stardom for years, using the status that comes with it to chip away at the oppressive ideologies dominating society, that renders hope for a new and improved system to surpass the old.