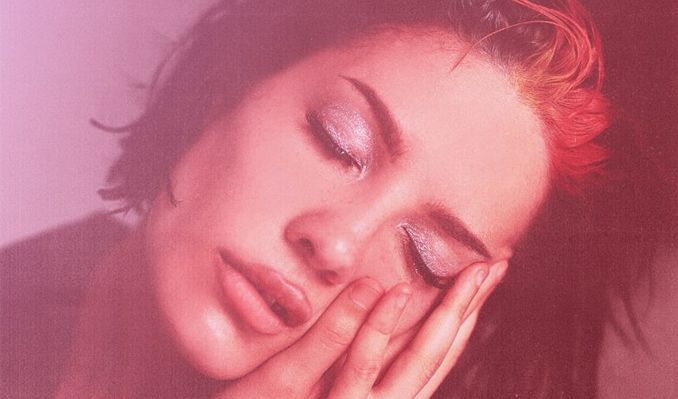 Singer-songwriter Ashley Frangipane, known by the anagram Halsey, has been making a gradual climb to pop stardom since 2015. It wasn’t until her collaboration with EDM duo, The Chainsmokers that she began gaining traction. Halsey has never shied from being outspoken and candid with her work, often being criticized for her missteps. “Manic” is her most vulnerable project to date, Halsey gets candid, navigating love and self-acceptance while discussing her bipolar disorder.

In an album that bleeds vulnerability, “Ashley” sets a tone for Halsey’s new and open approach. The opening track is unconventional in structure, having no set verse or chorus. It resembles a stream of consciousness, in which she voices the thoughts we often keep to ourselves. This reintroduction to who she has become feels inviting, “Took my heart and sold it out / To a vision that I wrote myself,” Halsey laments.  She gives perspective on the world she’s created for herself, a life many dream to have but few know what is like.

The next three songs in the project are “clementine”, “Graveyard” and “You should be sad.” They comprise three of the six singles released before the album dropped. Each track tackles different stages of Halsey’s journey while being different in tone. “Clementine,” sonically compares to that of a nursery rhyme while lyrically speaking on the dilemma of wanting everyone and no one, forcing her to find comfort in her loneliness. “Graveyard” and “You should be sad” preach to bad habits and toxic relationships, both surrounded in speculation as they are thought to be about Halsey’s old flame G-Eazy. “Forever…(is a long time)” follows similarly, displaying growth but lacking change, “I spent a long-time / Watering a plant made out of plastic / And I cursed the ground for growing green,” Halsey explains.

“Forever…(is a long time) transitions into the first interlude of the album. “Dominic’s Interlude” features artist Dominic Fike, taking a tonal departure from the previous songs, giving the first half of the album a casual, low-key conclusion. “I HATE EVERYBODY” pulls listeners back onto the roller coaster, while “3am” gives a stark sense of mania; feeling like a suspension before the drop. Lines like “And I’m stumbling drunk, getting in a car / My insecurities are hurting me, some, please come and flirt with me,” are set to electrifying rock-pop that heighten the energy. “Without Me”, which was released over a year before the album, brings on another low point similar to a depressive episode. With heartbreaking lyrics, Halsey comes across more vulnerable. Like “Graveyard” and “You should be sad”, “Without Me” comes with rumors about the G-Eazy romance. It is followed by “Finally // beautiful stranger” which contrasts “Without Me” in tone and meaning. Speculated to be about her most recent ex, Yungblud, Halsey displays continued vulnerability and the fear of losing something good.

The album continues with “Alanis’ Interlude” which features singer Alanis Morissette. “Alanis’ Interlude” speaks to Halsey’s sexual curiosity, wanting women, but fearing backlash. “All of these beautiful laughs and beautiful thighs / They always kept me up at night / But I can’t change my appetite,” sings Halsey. Next is “killing boys” followed by “SUGA’s Interlude” which features SUGA of Kpop group BTS. “More” portrays Halsey’s struggle with endometriosis and yearning to be a mother one day. “Still Learning” brings back the tone of vulnerability, as Halsey reflects on learning to love herself. Lines like, “I should be living the dream / But, I go home and got no self-esteem,” parallel “Ashley” reminding listeners that Halsey is still human. Halsey ends the album with “929” which comes across like a spoken word, she reflects on her life now that she’s 25, looking back at fan encounters and lost lovers.

Overall, this album is pretty chaotic, Halsey definitely takes listeners on an emotional roller coaster, moving so fast you get whiplash. While being all over the place, there is still a story being told. Listeners can sense the chaos of mania, the ups and downs of life in the limelight. Halsey plays to her strengths with catchy lyrics and deeper meanings. She joins in on the trend of using voice excerpts from movies and TV or voicemails in a similar fashion to Billie Eilish or Ariana Grande. Small things like this give the album context and inspiration. She must also be given props for her collaboration choices. Continuing to work with Norwegian producer Lido, Halsey brings on big names like Benny Blanco, Finneas and Cashmere Cat to produce as well. Using interludes to execute features was an inspired choice. Each interlude allowed the featured artist to shine, while still blending with Halsey’s vision. Releasing six singles for an album was a bold choice, but they gave great insight into what it would be like.

Being an on and off fan of Halsey, this album did strike me as more open than her previous work. Granted I’m more likely to listen to songs like “Graveyard” and “Without Me” over “clementine” or “More”, simply because they resonate stronger than others do. Their melodies are fluid, while the lyrics are hard-hitting and relatable. The album has a lot of catchy radio play songs, as well as some hidden gems. It explores both the head and heart and the conflict between the two. “Manic” is the window to the soul, allowing all the messy bits to be on display. Yes, it’s chaotic, but it’s chaotic with purpose. Halsey shows a new side to herself which is no easy feat. All these moving parts make “Manic” a beautiful mess, making it feel human.