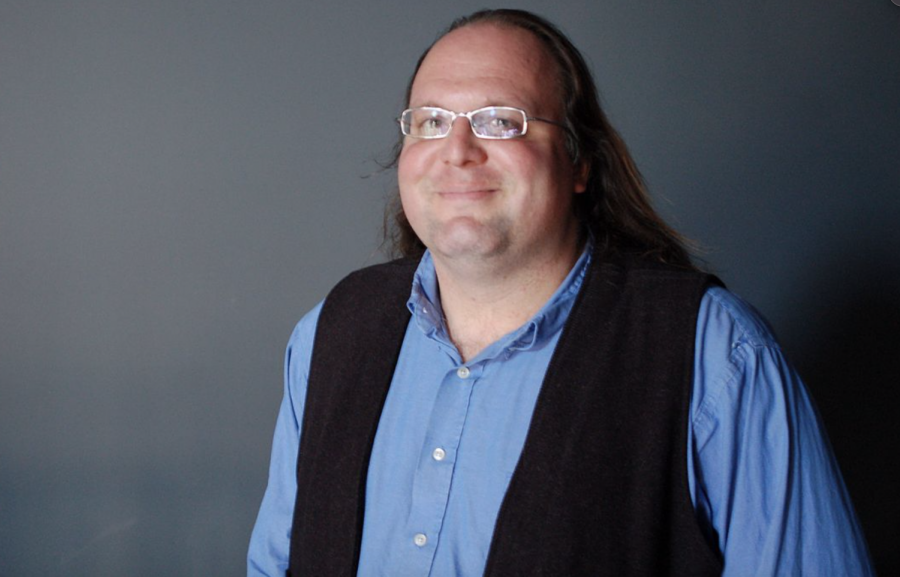 AMHERST – Social media is decried the catalyst for America’s current polarized climate almost as often as it is used by these individuals. Social media was once heralded as an important tool for creating a more democratic, connected and transparent society through its use in movements, such as the Arab Spring. Yet events including Brexit, the rise of the alt-right and fake news and the 2016 election have cast this perception into a cloud of doubt. On a smaller scale, society is still struggling to understand the effect of social media on its users’’ lives.

Former MIT Civic Media Lab Director, Ethan Zuckerman, a fellow of the Knight Foundation, has spent the majority of his career studying the intersection of technology and the media. As a result, he has an innovative solution for how to solve the issues above.

On Thursday, January 22, a large and engaged audience composed of professors, UMass students and members of the Pioneer Valley came together to hear Zuckerman presents his method of fixing social media at a talk hosted by UMass’ Department of Communication and Information Science Department.

Rather than immediately outlining his proposal, Zuckerman first set out to define how social media has and hasn’t reshaped society.

One of the first ways it has is the development of civic media in the digital age, which according to Zuckerman, is “this idea of whether making media could be a form of making social change.”

Civic media is especially good at bringing voice and momentum to marginalized people and movements such as Black Lives Matter. Yet, it’s also not without its faults

Increasing levels of civic participation in social media have shifted it away from the traditional broadcast model. Zuckerman explains the process in which someone produces media, where one person creates and another distributes it. “The problem is, this process doesn’t look like this anymore” in this model, “media gets produced by anybody…If you tweet this talk and say, this guy’s a total clown, you have just become a media producer, ” said Zuckerman.

Misinformation and the manipulation of social media by technologically literate individuals are rampant across social media. “This system that we built is hugely hackable, you can jump into the system at any number of places and create all sorts of disinformation. If you want to artificially inflate the importance of something, once again promoting my talk on Twitter. You can go create bots that will vote this up, you can share this all over Twitter. And suddenly it looks like this talk at UMass this afternoon is the most exciting thing happening in western Massachusetts.”

Additional ways of creating disinformation are fake news and trolling. “You can provide content directly to these distribution providers and put it in there and they don’t know how to distinguish it from the New York Times or from a well-meaning commentator, Zuckerman said. “There’s no way to know that you are a Russian troll, and so it simply hits the system at the same pace as everything else does.”

Finally, trolling is a huge issue in social media, as people of marginalized or oppressed groups are often silenced by continued harassment.

Zuckerman argues that by using algorithms to filter results on these platforms, rather than having actual moderators reduces these website’s transparency for its consumers. Platforms have little incentive to fight against these echo chambers, though.

Despite these problems, Zuckerman critically rejects the notion that other scholars are promoting – to simply delete one’s social media accounts. To him, choosing to step away from social media is a privileged and irresponsible action. It ignores the platform it provides to members of marginalized groups.

In more hopeful news, there is doubt that the fears of algorithmically targeted ads are legitimate. While Cambridge Analytica was highly publicized for using ads to sway the 2016 election and Brexit, this claim is actually debatable.

In attempting to understand how social media could be improved for the better, Zuckerman drew comparisons to another media technology-radio. While the Soviet Union used the radio exclusively to spread propaganda throughout their reign, Great Britain had established the British Broadcasting Company. “The BBC is this wonderfully strange public service government corporation that realizes that shaping and manipulating public opinion is going to be a very, very big deal.” Television, and more specifically the BBC, is one of the many media outlets that can help members of our community.

Ultimately, Zuckerman’s proposal for fixing social media is to create, “the Institute for digital public infrastructure,” which would be funded by taxing 1% of Google and Facebook’s surveillant ad revenue.

Yet, his idea cannot solve every problem stemming from social media. Although the proposal’s increased moderation and promotion of civil public discourse would hopefully prevent a substantive number of people from joining the far right, it does not have an answer for how to help those who are already highly polarized.

As similar solutions to Zuckerman’s development across the globe, it is worth remembering this.

“We’re addicted to these tools that don’t work particularly well. And we don’t feel particularly good about that…and the first step in all this is deciding that we could imagine better and actually work towards building it,” Zuckerman said.