Weather has a much greater impact on a college student's experience than most people realize. 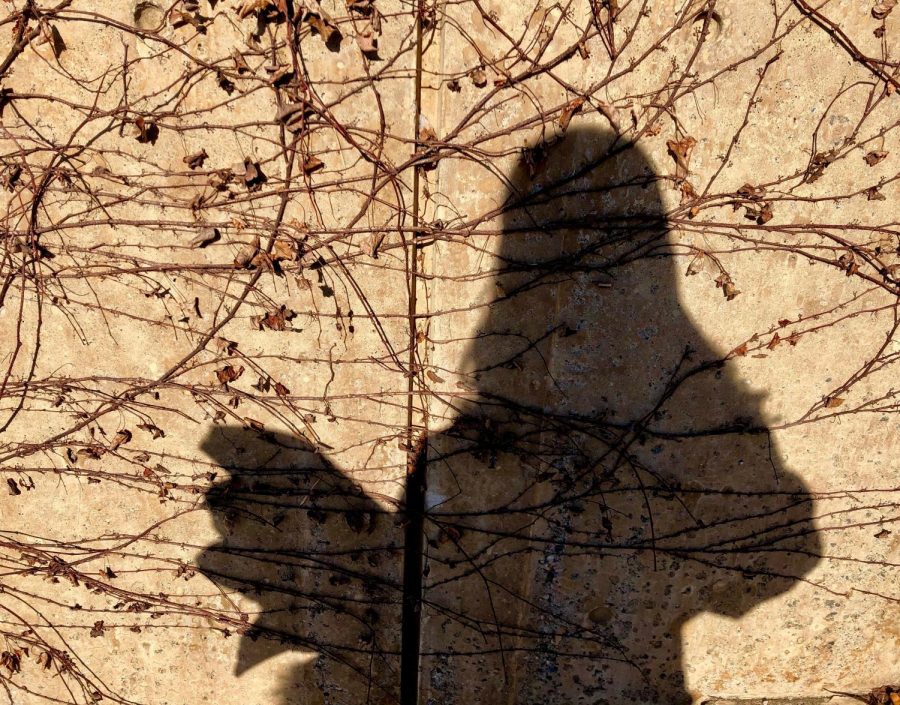 On Sunday Nov. 3, 2019, all the clocks fell back an hour. All of a sudden, the days seemed shorter and a dark sky appeared out of thin air.
If you live in New England, these seemingly short days are accompanied by a cold and often harsh winter. This, to some, is a major change from the warm and bright endless days of summer, and it’s enough to change some people’s lives and mindsets.

Seasonal affective disorder, commonly referred to as SAD or seasonal depression, is a type of depression that is estimated to affect 10 million people in the United States, according to Psychology Today.

Dr. Christopher Martell, Clinic Director of the Psychological Services Center and lecturer in the Department of Psychological and Brain Sciences at the University of Massachusetts Amherst, said, “Seasonal depression is the same as any depressive disorder, it just has a seasonal pattern.”

Some symptoms of seasonal affective disorder include: feeling depressed more days than not, losing interest in activities that used to bring you pleasure, having low energy, feeling sluggish and agitated, experiencing problems with sleeping, feeling hopeless and having suicidal thoughts.

It is important to bear in mind, Dr. Martell said, that most people have lower energy in the winter months and that it doesn’t mean the whole population is depressed.

“People feel tired, right? It’s not uncommon to say, ‘Ugh. It’s so dark. It’s cold. I just want to stay in bed,’ that doesn’t mean you’re depressed. It just means it’s dark and cold and it’s winter and we’re mammals. We slow down a little bit.”

However, Dr. Martell emphasized the importance of not diagnosing yourself but instead seeking professional help when symptoms start to interfere with your day-to-day functioning.

“For students, if those feelings are repeatedly making them miss class if they’re starting to feel sad and more irritable and it’s impacting relationships negatively. … That might be the time to talk to someone who can evaluate how they’re doing.”

Jordan Sales, a senior economics and journalism major at UMass Amherst from Barnstable, MA, is someone who loves to go out, have fun and be around friends. Sales is outgoing in nature and can make almost anyone laugh. When he began to experience seasonal affective disorder at his last school, Pace University in New York, it was quite a change in life for him.

“I think it’s really hard up North because when it gets cold it gets cold and you can’t really do stuff outside. … The cold kind of makes some people not want to go outside. […] It kind of puts you in a funk,” said Sales.

“It’s one of the biggest reasons I transferred, I got so sad I wanted to come home.”

In situations where his friends forced him to go out with them, Sales would be in a “bad mood” and would instantly want to go home. There were days he’d sit in his friend’s rooms and wait for them to come back, often they would have to bring him food from the dining halls because he’d refuse to go. Professors that were worried about him would call and ask him to come to class.

“Think about it. Say your class starts at 11:00 a.m. You wake up and you have two back to back classes. You get out. The sun’s gone. So wheres my day? The day is gone. So what do I do now? Do my homework and go to bed. It can be a very depressing time,” said Sales.

To get through this hard time in New York, Sales said he had a few ways of coping. For one, he loves to swim and that was the only time he’d leave his dorm and really enjoy the experience. He would also take long showers to make himself feel better, and music of course was always an antidote.

Sales knew he needed to come back to Massachusetts and be around his support system, so the decision to transfer halfway through his sophomore year was easy. Before coming to UMass Amherst, he got his grades up at Cape Cod Community College and started seeing his therapist again.

Just being around his mom made all the difference in the world. He said that he missed the comfort of home and that his relationship with his parents has never been better. Even though his home town is a three-hour drive from UMass, he says that he doesn’t mind driving the distance and that it’s much easier to get back home now than it was before in New York. Even now, Sales goes home about every two weeks to be with his family.

Living in a positive and uplifting house with all his friends from home at UMass has also been helpful for Sales. He said if it had not been for that, he would probably be trying to graduate as fast as possible.

Sales’ advice for anyone struggling with seasonal affective disorder, or depression in general, is, “Go home. Even if it’s for a weekend. But if home isn’t the place for you then find a home that is going to be a place for you. Find a place that comforts you and go to it.”

It is unknown what causes seasonal affective disorder, although many professionals would say that it could have something to do with a lack of vitamin D from the sun. This may be why many people try light therapy.

Light therapy, or phototherapy, is a type of treatment that involves a lightbox that produces an artificial brightness that mimics natural outdoor light. It is thought that this type of therapy can help improve mood and sleep.

Dr. Martell said that although he thinks light therapy can be a good idea, there is just as much light outside on a cloudy day, if not more, than from lightboxes. So, in this case, if you could get outside for at least 30 minutes each day, maybe even go for a short walk, that should be enough light.

“I don’t think light therapy is a cure for depression, I think it does help to lift your mood. … For students here, in some ways, it probably naturally happens. […] There’s so much walking around this campus, and just doing that and intentionally making sure you’re getting sunlight will help.”

Behavioral activation is a type of therapy Dr. Martell has written about extensively, done research on and trained people around the world in. Essentially, when you’re depressed, feeling unmotivated and losing interest in your activities, you stop doing things. “When you’re feeling blue, you want to stay in bed and pull the covers over your head. So behavioral activation tries to help people get out of that stuck point by little engaging in more behavior.”

Dr. Martell’s advice to anyone with a depressive disorder is, “Keep with your normal routine! Be aware that sometimes when a person is depressed you might have a tendency to focus on everything that is negative. If you’re aware that’s the natural tendency you can kind of evaluate your thoughts. Simply asking yourself, ‘is my perception 100% accurate?’ can be helpful.”

If you or someone you know is struggling with depression please contact the Center for Counseling and Psychological Health at (413) 545-2337, on weekdays after 4:30 p.m. On weekends and holidays, you can call the ProtoCall Crisis Line at (877) 831-7421 to speak with a clinician. Emergency services are available 24/7 every day.