What happened in the Iowa Caucus?

The process continues to have problems and anger Democrats. 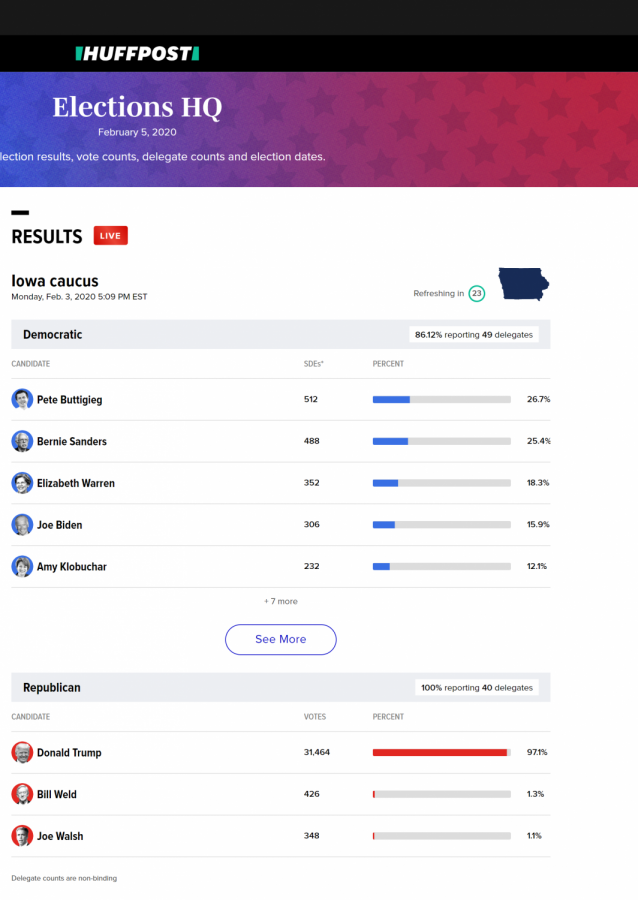 After over a day of incomplete results flowing in from the 2020 Iowa Caucus, the issues that have plagued this election process continue to rear their ugly heads.

The informal process consists of moving to a specific part of a gymnasium or community center to endorse a candidate of their choice. If their candidate gets less than 15 percent of the votes, they must either choose another candidate or abstain. This is an important distinction between a primary and a caucus—your second vote can have an impact, especially if there are 12 people running.

But the new app failing to register the votes has caused delays in the release of the complete results. Bloomberg reported that “The app was created to improve the efficiency of reporting of results, but chairs unable to use the app on Monday will send their results to the party via a call-in number.” Several Democratic chairs were unable to report their results through the app due to a “coding issue,” which overwhelmed the hotline.

That wasn’t the only issue with the app. During an interview with NPR, Iowa Democratic Party Chairman Troy Price refused to release any information on the app whatsoever. According to NBC, “experts have consistently warned that internet-based voting systems pose a serious security risk.”

There is also the issue of minorities being excluded from the vote. Iowa is 90 percent white,  making it virtually impossible for minorities to voice their opinions about the most diverse Democratic field in history. Candidates like Julian Castro argued that the first states to participate in the primaries “should reflect America’s diversity.”

Finally, there was the issue of ties being decided with a coin toss. Many Iowans took to social media to vent their frustrations about the process.

Here’s your Iowa democracy in action – a coin toss to determine who gets the last delegate out of this #IowaCaucus precinct after Buttigieg and Klobuchar tied. Buttigieg won. pic.twitter.com/1s4zTE0u96

With 86 percent of the vote counted, The Huffington Post has Pete Buttigieg slightly ahead of Bernie Sanders.