With his latest album gaining more listeners by the second, this R&B star is only going up from here. 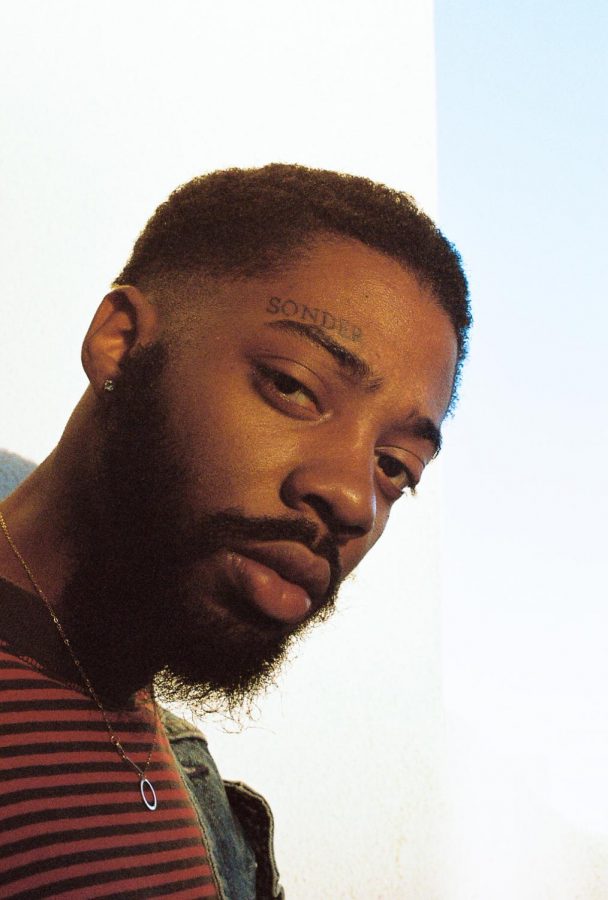 The D(M)V native questions the world and the people in it in his new EP, “F*** The World.”
“Crew” came out in December of 2016, making it over three years since Brent Faiyaz got his initial punch of mainstream exposure. The DMV was finally getting the love it had long-awaited and deserved, with a unity of hometown stars like Goldlink and Shy Glizzy putting it on the map. At the time, Faiyaz was merely the man with the pretty voice carrying the chorus, but anyone with ears stayed tuned, and saying it paid off would be an understatement.

“F*** The World” dropped on Feb. 7, and for the first time, it felt like it wasn’t merely his diehard fans listening. For years Faiyaz had been a gem in the R&B community, hidden but possessing more potential in his pinky finger than a lot of the big names do in their whole career. This morning – the morning after the release of the EP – I was scrolling through Instagram and saw story after story of listeners sharing their favorite track off the album. It was refreshing, yet it marked a turning point in his career. It was blatantly obvious Faiyaz has now completely submerged in the limelight, and there is no going back. Here is my ranking of the EP’s ten tracks.

10 – “Soon Az I Get Home (Interlude)”
Brent’s lyricism is witty and emotional, and almost on all occasions reduces me to tears without question. On his interlude track, however, he repeats the same series of lines “I be ridin’ alone but soon as I get home / You gon’ ride ’til infinity,” for the entirety of the one minute and 35 seconds that the song plays. The track is incredibly repetitive, lacks substance and is definitely the most skippable from the EP.
9 – “Make It Out (Outro)”
This is the perfect outro, melodic, soft and eases you into reflecting on the rest of the album all in a smooth 30 seconds. It just wasn’t as exciting as the rest of the project, and much like the interlude repeats the same couple lines.
8 – “Clouded”
Brent uses this track to reflect on his mindset and his current position in life. With the success of fame comes hardships such as loneliness, and losing bits of the old you to get comfortable with the new you.

Best Quotable: “Then they wonder why I’m quiet at them house parties/’Cause everybody see me.”
7 – “Skyline”
“Do you know what makes this world go ‘round’” is the first line introducing the EP, suiting the theme for the rest of the project. The first song off the EP sounds as if it should be played in church. With falsettos over stripped-down, minimal production, Brent’s vocals are given the full spotlight as he questions the unity of the world.

Best Quotable: “We all come from the same/And I don’t know if it’ll change.”
6 – “Let Me Know”
The theme of questioning society continues on as Brent speaks on racism, and how often black people are criminalized and marginalized in America. In an interview with Vice explaining the song he said, “‘Love can trump it all’ means if you can love yourself, you can love your brother. If you can look in the mirror and say I love myself, that’s going to affect your interactions with people who look like you.”

Best Quotable: “Why don’t we make it easier for the world to change someday?”
5 -“Been Away”
He asks the girl that he is involved with to not mess around with anyone else while he is out handling business and getting his money right. More of an old-school R&B vibe than the rest of the EP.

Best Quotable: “This penthouse view ain’t as beautiful as you.”
4 –  “Lost Kids Get Money”
Showcasing his ability to have angelic vocals with an addictive flow. The underdogs came out on top. Chase. The. Bag.

Best Quotable: “We the reason that our city buzzin’.”
3 – “Bluffin”
One of those songs I mentioned earlier about immediately being reduced to tears, when you have trust issues it’s hard to know which direction to be pulled into. It’s hard to love when your fear of being hurt overpowers it. Reminds us all why he is the king of sidepiece anthems.

Best Quotable: “Lately I don’t feel the same/I ain’t your baby father, I ain’t your one and only (You don’t care)/But you love to scream my name (Nothing there.)”
2 – “Rehab (Winter In Paris)
His second single off the album, a perfect mix of sensual, melancholy and intellectual. Brent doesn’t make love songs, he makes coldhearted anti-love songs, and this one is accompanied by a beat led by finger-snapping and morose guitar chords. He could have anyone he wanted, but the only girl he wants is the one that will eventually be the reason he goes to rehab.

https://www.youtube.com/watch?v=Uevx0-MgkSIhttps://www.youtube.com/watch?v=Uevx0-MgkSI
1 – “F*** The World (Summer in London)
The first single off the EP, as well as the title track, I feel like a bit of a cliché for giving it the number one slot. But if you listen to it there is no wonder as to why no need for explanation here. My first tattoo is going to be the first line of this song but for professional purposes, I can’t include it in this article.