The Carol City, Florida-bred rapper has evolved into one of hip-hop's premier talents, but he is only just getting started. 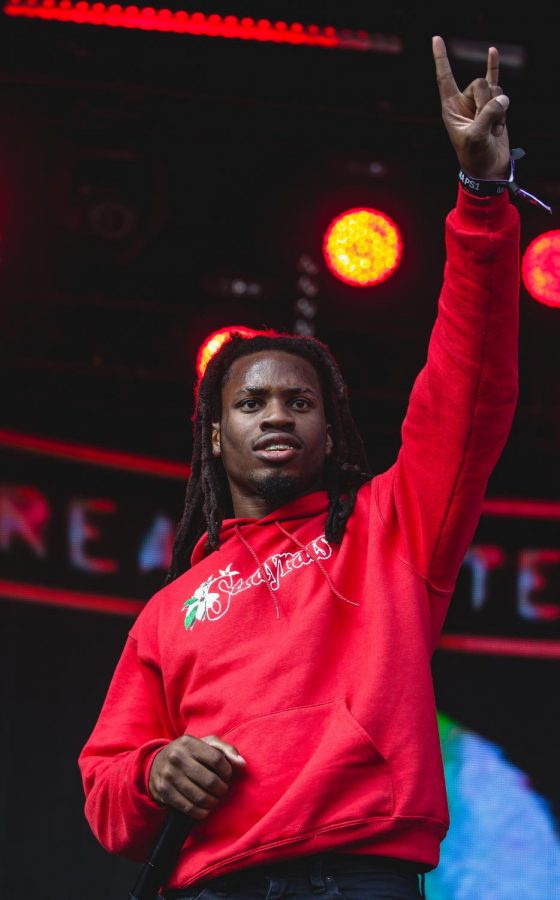 Over the course of the last decade, Florida rose up as one of hip-hop’s premier grounds for new talent. Kodak Black, Ski Mask the Slump God and Smokepurpp are just a few names from the bubbling hotbed of new school hip-hop. Of course, other famed artists like Rick Ross, T-Pain and Flo Rida laid the groundwork for these artists, but Florida rap has completely taken on a new sound of its own.

Florida birthed a unique breed of mumble-rap, honing their sound through gritty, raw lyrics combined with instrumentals with rugged 808s and cold melodies. The formula for success is embedded in the fabric of Florida rap, yet one artist is redefining what it means to be a Florida rapper.

Enter Denzel Curry, the Carol City, Broward County native who has completely reinvented his sound over the course of his young career. Curry’s mainstream career began with his 2013 project “Nostalgic 64” which received widespread critical acclaim.

Personally, I had not heard of Denzel Curry until his riveting single “Ultimate.” This track thrust Curry into the spotlight and was met with viral success. The track became a popular hit on Vine, the video-sharing app sensation that swept across the world in the mid-2010s. Curry’s sound was aggressive, angry and braggadocious. Coupled with cold, dark and almost broken instrumentals, Curry curated a truly unique experimental sound.

After the release of “Ultimate” and his 2016 project “Imperial,” Curry’s success paved the way for his appearance on XXL’s legendary 2016 freshmen class. Alongside Kodak Black, 21 Savage, Lil Uzi Vert and Lil Yachty, Curry was part of a massive pop culture moment that ushered in the “new school” of hip-hop.

The artists featured in this iconic cypher went on to find great success in their young careers. While some may have run into legal trouble on the way, this group of young stars became the harbingers of the new school, defining a brand new era of hip-hop.

Yet, none of those artists have unlocked their true talent the way that Denzel Curry has. This is especially true for Curry’s groundbreaking 2018 project “TA13OO.” On the album, Curry explores completely new avenues sonically and lyrically, cleverly combining bars about the entrapments of fame over instrumentals that evolve as the album plays.

With “TA1300,” Curry displayed his versatility and raw lyrical talent in its full. Whether he spits about numbing pain with money over funky 80s synths on “CASH MANIAC” or thoughtfully engaging with depression on “CLOUT COBAIN,” Curry creatively finds ways to keep “TA13OO” fresh without it feeling too unfamiliar.

Curry built on his momentum in 2019 with his ode to Carol City “ZUU.” The 13-track album is unapologetically and quintessentially Florida. But, rather than binding himself to the traditional formula, Curry explores almost every avenue of the Florida sound.

He links up with Miami legend Rick Ross on the track “BIRDZ” in which they trade bars about the perils of street life and violence. Then, later in the project, Curry unleashes a true club anthem with “SHAKE 88.” The track releases unmatched energy that it just begs you to grab a partner and dance. Even though Curry reverts back to his roots, “ZUU” never feels like he is selling himself short. His lyrical prowess is at its peak as he switches flows while delivering a project to encapsulate the sound of his hometown.

Now, in 2020, Curry links up with rising producer Kenny Beats, who has found massive success through his show “The Cave” and his hit single “Jesus is the One” with comedian Zack Fox. Kenny Beats has really made a name for himself by working with various artists like Rico Nasty, Vince Staples, UK rapper Slowthai and so much more. Curry and Kenny Beats linked up late last year to create their very own episode of “The Cave,” and the chemistry is truly unmatched.

Just last week on Friday, February 7, Curry and Kenny Beats dropped their first collaborative effort together. The eight-track EP “UNLOCKED” is a masterclass in sampling production from Kenny Beats and technical prowess from Denzel Curry.

The 18-minute project is greatly reminiscent of something from MF Doom or Quasimoto. With brilliant comic book samples and raw drum samples, Kenny Beats creates what sounds like a modern version of “Madvillainy.”

As for Curry, “UNLOCKED” might be the best display of the rapper’s technical skills in his discography. Even in just 18 minutes, Curry is spitting, and I mean SPITTING. His flows on “UNLOCKED” are confident, poised and creative as he displays his lyrical deftness in the process.

But, has Denzel Curry hit his ceiling? Most certainly not.

If we trace his progression as an artist, it seems that “TA13OO” and “UNLOCKED” are indicators that Curry has much more to offer. Denzel Curry continues to evolve into one of hip-hop’s most versatile, multi-talented artists. I mean, the guy did a cover of Rage Against the Machine’s “Bulls on Parade” and absolutely crushed it. How awesome is that?

Denzel Curry has real, tangible superstar upside. “UNLOCKED” is another notch in Curry’s belt, but it most certainly marks another high point in his impressive discography so far in his career. Curry has been on a hot streak since “Imperial,” and he has proven himself time and time again to be one of hip-hop’s most talented, ambitious and poised artists.

I expect that we will enjoy a long run of good form from Denzel Curry. If “UNLOCKED” is any indication of his artistic direction, then we all have something to be excited for in the near future.