“P.S. I Still Love You” is chock full of rom-com tropes but leaves much to be desired

The anticipated Netflix film delivers romance, but it will overwhelm you with its level of cheesiness 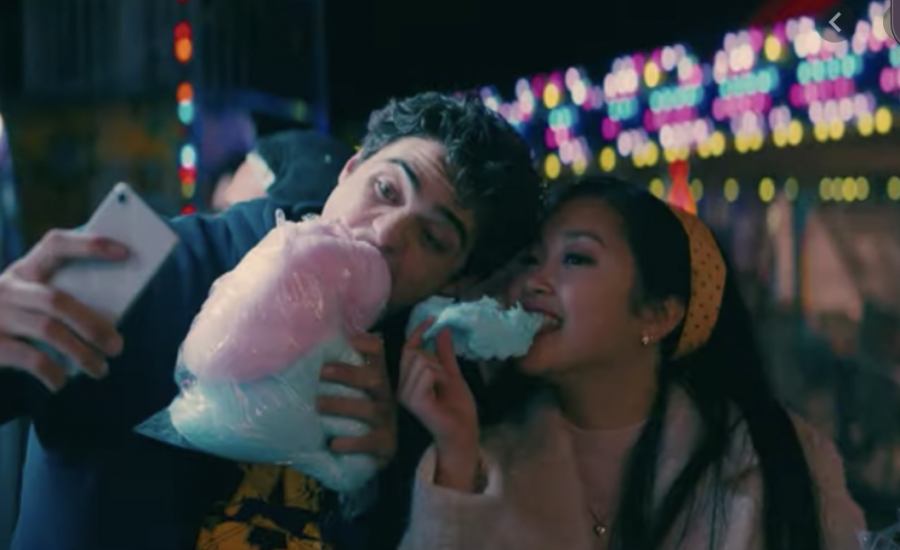 After a little over a year and a half of anticipation from fans, the sequel to the Netflix hit To All the Boys I’ve Loved Before: P.S. I Still Love You debuted on Feb. 12. The hour and forty-minute movie is based upon the second installment in the book series written by Jenny Han. As much as viewers got a front-row view as Lara Jean Covey (Lana Condor) and Peter Kavinsky’s (Noah Centineo) romance evolved in the first movie, as a result of them pretending to date and actually falling in love. We witness their love begin to falter in the second one. However, as the saying goes that sequels are never as good in the originals. And in this case, the sequel was mildly disappointing.

If you aren’t familiar with the books or the first movie, the entire premise of it is based upon the main character, Lara Jean Covey, writing a series of love letters to each of her five strongest crushes but never sends them. The shy, timid Lara Jean values these letters as her most prized possessions and keeps them in a box hidden away in her closet. Her entire world inevitably turns upside down when her younger sister finds the letters and mails them to each of her former crushes. Peter Kavinsky, the most popular boy in high school, confronts her to tell her that he doesn’t have feelings for her and yet agrees to embark on a fictitious romance with her to save her from complete embarrassment. Without giving too much away by the end of the first movie, they both develop real feelings for each other and decide to start dating for real this time.

The second movie begins with Lara Jean and Peter’s first “official” date which is then followed by an array of melodramatic conflicts as a result of high-school insecurities. While the concept of finally seeing two characters that you’ve been rooting for finally get together can be nothing shy of exhilarating to witness, the dialogue at times was too corny that I couldn’t help but flinch while watching it. Having read, and rather enjoyed, the series in high school I was very familiar with how the storyline played out. But as a rom-com enthusiast, the second movie does come across as overly trite.

The part that was, in theory, most well-orchestrated was Lara Jean’s flustered reunion and interaction with one of her former crushes, John Ambrose McClaren (Jordan Fisher). Right off the bat, it is evident that the two have a much more easygoing and charismatic dynamic than Lara Jean does with Peter. Since they were close friends to begin with but got separated by circumstance, they pick up right where they left off while both volunteering at an elderly assisted-living home. It is altogether clear that he has unresolved feelings for her, which places Lara Jean into an uncomfortable love triangle: between her, Peter, and John Ambrose.

When Lara Jean and Peter break up due to her jealousy over his history with an ex-girlfriend, John Ambrose is there to pick up the pieces. And he’s the one that gets left out in the cold when Peter appears literally out of nowhere and makes the smallest romantic gesture possible, which predictably works in sweeping Lara Jean off her perfectly-manicured feet. Even though it’s March and snowing. And while the two main characters wind up together in the end, Lara Jean’s callous rejection of John Ambrose at the end completely defies the guidelines within the rom-com rulebook. Throughout the entire movie, he seemed more interested in her than Peter ever was, and the entire building tension appears to build up to them being together. Only to lead to her choosing Peter over him, which serves as a much to be desired lasting impression.