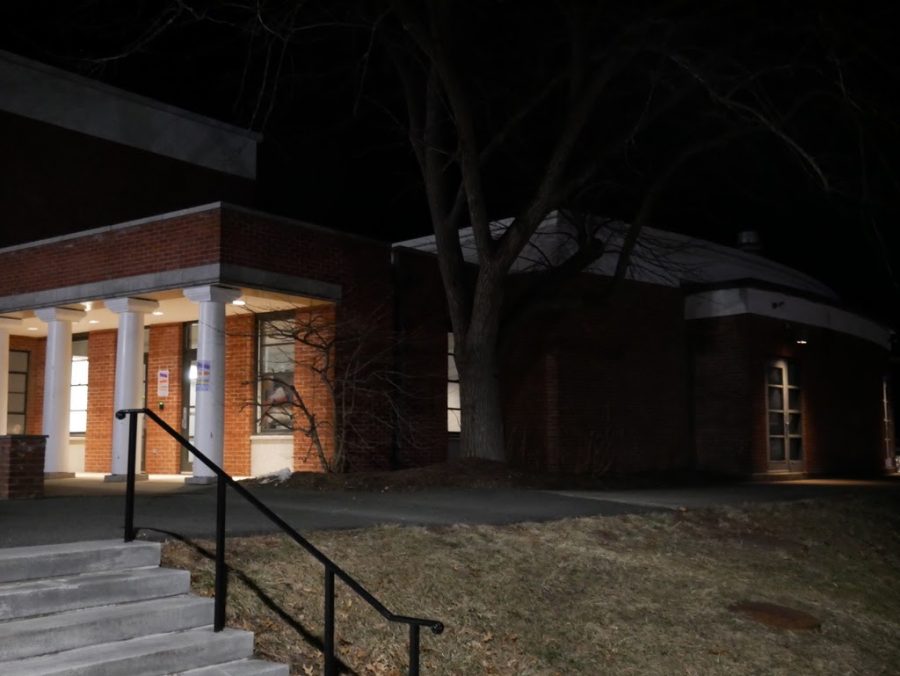 As the 26th annual Five College Student Film & Video Festival began on the chilly Friday night of Feb. 21, I took note of the audience around me. The Stirn Auditorium at Amherst College was packed. Next to me, a young couple cracked open a pair of Pabst Blue Ribbons to prepare themselves for viewing. At the entrance of the auditorium, two stagehands greeted the guests with a platter of cookies as the auditorium slowly filled to capacity with students from around the Five College area, all eager to witness the top student films of the year.

While the festival progressed, two young men standing on the side of the auditorium watched each and every student film with great attention. When it wrapped, they spoke with some of those standing near them and a few members of the audience. They received a plethora of congratulations for the arduous task that they had completed: running the festival. Those two young men were Jackson Lee and Nam Nguyen. They are two Amherst College students who served as two of ten total co-directors that ran the festival. Made up of students from the Five Colleges, the group had a load of tasks they had to complete to ensure the festival ran as smoothly as it did.

Amidst the bustling cafe of the Frost Library at Amherst College, Lee spoke about the experience. “I can only speak to this year, but we had an initial 87 submissions. After the first day of jurying, we cut that down to 46, and it’s interesting because we came down to 26 films to show for the 26th Festival,” Lee said. The jurying and planning process was a gauntlet. The weekend before the festival, all ten co-directors spent nine hours on the first day and 11 hours on the second day watching and analyzing the 87 submitted films. It was no easy task, but Lee, Nguyen and their fellow judges stayed sharp. The credit is not strictly due to the ten judges, though. Their faculty advisor, Bernadine Mellis, stayed aware of the long process, allowing breaks to keep the judges fresh and apt.

Lee and Nguyen had several goals for this festival, but one seemed to take priority. “One of the biggest challenges that we undertook this year was making the festival more accessible to everyone,” Nguyen stated. “So we eliminated the former $5 entry fee… we used to collect it in the end to be the actual prizes, but this year we don’t have that kind of money anymore. We had to come up with creative ways to best celebrate our winners.” They ended up with a method of making the festival more expansive, not just inside the Five Colleges but also integrating them into local communities. Nguyen reached out to a number of media companies around the area, including Amherst Media and Northampton Open Media, to see if they would be willing to feature the winning films on their local channels, to which the two channels agreed. Their efforts to expand presence is a new development in the history of the festival and exhibit the care and deliberation that went into putting on this show.

Lee, Nguyen, and their fellow co-directors’ exploits were aptly rewarded. The festival ceased its night to a resounding echo of applause. When it was all said and done, the animation, documentary, experimental, and narrative categories saw four out of the 26 presented films claim prizes in their respective genres. “Sleep Paralysis,” a horror film directed by Mt. Holyoke graduate Cass Fernandez-Dieguez, took home the award for narrative film. “Theater: Beyond the Stereotypes,” a challenging analysis of the impact of theater on people of color, directed by My Huyn from the University of Massachusetts Amherst, won the documentary genre. In the experimental film category, a compilation of unrelated videos from YouTube layered onto each other titled “I can remember places I have never been to,” directed by Ethan Crain of Hampshire College, won the award. And lastly, in the animation category, the beautifully crafted “Pilgrimage,” directed by Abbey Paccia, graduate from the University of Massachusetts Amherst, took home the gold.

Of course, I would be remiss to not spotlight one of the winning films. The winning narrative film, “Sleep Paralysis,” stood out as a carefully crafted nightmare. Set in Massachusetts within the fictional town of Landow, it is a visceral horror about a cult of witches and their vice grip over the inhabitants. Director Fernandez-Dieguez now resides in Miami, Florida and shared the audience’s elation at their film taking the prize, however, there was rarely elation throughout the screening. I took note of the silence that pervaded the auditorium during some of the more innate moments of terror and by the time the credits had rolled, there was a deserved round of applause and cheers. With stark sequences of frightening imagery, cinematography resembling Dario Argento’s gorgeous 1977 cult classic “Suspiria” and a tight narrative that offered some fun twists and turns, it was no surprise that “Sleep Paralysis” rose above the rest to claim victory.

The 26th Annual Five College Film Festival was no walk in the park to execute. Lee and Nguyen, along with their fellow co-directors and faculty advisor, Mellis, worked tirelessly to ensure the Festival would reflect and display the best characteristics of the Five Colleges. At the very end of the night, I approached Lee and Nguyen to congratulate them on the excellent show. They looked tired, but their spirits were high, as the conclusion of the Festival had left not just the co-directors, but the audience as well, with a truly unique night that only comes around once in a while. Unfortunately, Lee, Nguyen, and their fellow co-directors will not be returning next year to run the festival, as a slew of new students is chosen every year to ensure films are selected with fresh minds. For now, Nguyen will continue his studies in computer sciences, while Lee hopes to forge a path in screenwriting. Though they will not be returning for the next one, their careful curation of the 26th Five College Student Film & Video Festival will not be forgotten.