Three ways to survive as a vegan at UMass

Being a vegan college student is easier than you think. 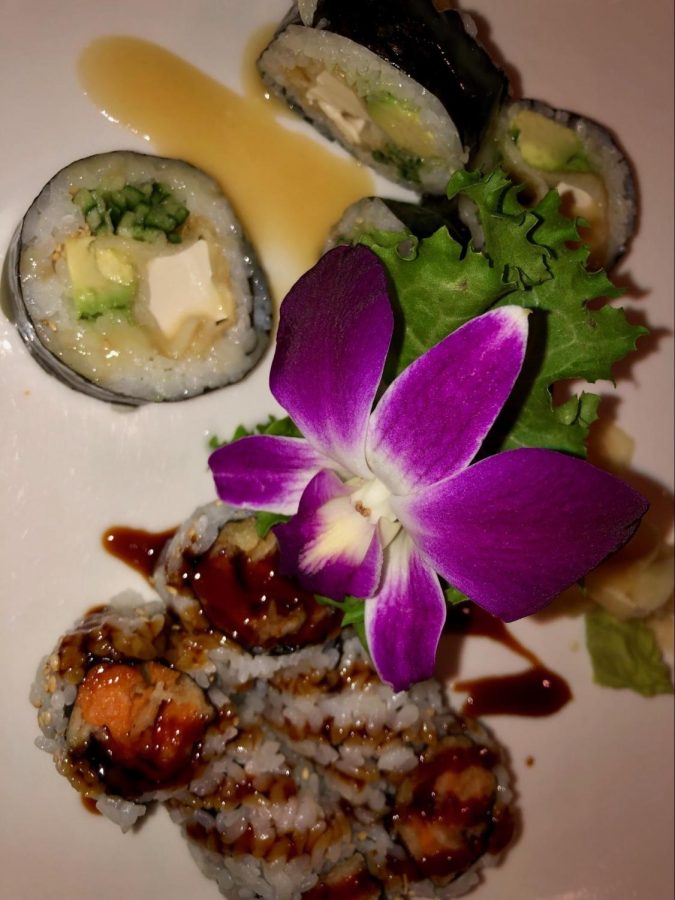 AMHERST – Being a vegan or a vegetarian is often thought of as too difficult a lifestyle to live out in college. Dining halls typically cater to people who eat animal products, buying groceries can get expensive, and going out to eat with friends can get tricky if you don’t know what you’re doing.

Luckily, this is the University of Massachusetts Amherst, land of number one dining, and there are plenty of ways to keep to a low budget while buying groceries, not to mention, Amherst has a ton of vegan friendly places to eat.

I’ve been a vegan for four years now, and I’ve only gotten better at it with time. Truthfully, at first I had no idea what I was doing, but by the time I had read a few articles and a book or two, the whole lifestyle had fallen into place. Although I didn’t choose UMass because of it’s famous dining halls, it’s been convenient for me nonetheless because they do a great job labeling their food and having vegan options.

Personally, I think Franklin Dining Commons has the best vegan section on campus out of all the other dining halls. Almost every time I go to Frank, their vegetarian/vegan line is all vegan whereas at the other dining halls you have to double check and make sure what you’re getting is what you want. Typically I’ve found that their options are more appealing too, rather than steamed vegetables or salads most days.

But if we’re talking pizza, Worcester Dining Commons is the place to go. Hands down, they have the best vegan pizza I’ve ever had, and it’s even better when they put all those veggies on it!

At Blue Wall there are several different meals you can get as a vegan, but the tofu pho from Star Ginger is definitely my favorite. I love their vegetarian broth, which is actually vegan, because it’s salty and adds a lot of flavor to the meal. Coming in at number two would be the pre-packaged meals at Harvest. Whether it’s the dumplings, pesto risotto or one of the pastas like the pad thai, these little meals are easy to grab on the go, fill you up and taste amazing!

I live in the North Apartments on campus and am lucky enough to have a decent size kitchen that I love to use. However, one of the arguments I hear against veganism in college is that buying vegan food is expensive. I’m here to say, that’s not really true.

Yes, buying vegan food can get expensive if you’re buying Beyond Burgers or sausages everytime you go grocery shopping. It can even get expensive if you’re buying any of the bigger brand names, like JUST Egg or Daiya. Even though I really like the Beyond Burger, JUST Egg, and Daiya’s vegan cheeses, I don’t buy them everytime I go food shopping because I see them as more of a “treat yourself” kind of thing. Plus, they’re not all that healthy.

I typically buy produce from Trader Joes. If you haven’t been enlightened to the establishment that is Trader Joes, you’re missing out. I think that Trader Joes is the best place to get groceries in the Amherst area because it’s way more affordable than any other grocery store I’ve been to. Plus, they have a lot of their own cool little vegan snacks (my mom always gets me the Trader Joes soft-baked snickerdoodle cookies when I come home). This time of year, fruit can get very expensive even at Trader Joes, so I do my best to look for good sales and stay away from fruit such as raspberries, which are overpriced at the moment.

I always make sure to have a package of tofu or seitan in my fridge along with some lentils in the cabinet. As long as you have good spices to cook with, you’re looking at a good meal. If you don’t know any good vegan recipes, check out Pinterest–they have a solution for everything. Vegan pancakes? Covered. Vegan stir-fry? Covered. Vegan buffalo wings? You guessed it, covered.

When you and your friends wake up on that dreary Sunday morning and everyone wants to go out to breakfast, I suggest you either go to the Lone Wolf in Amherst center, or Cushman Cafe in Amherst. Both places have an additional vegan menu, and some of the best breakfast food ever. At the Lone Wolf they have everything between vegan omelettes and a tasty french toast. My favorite sandwich to get at Cushman Cafe is the Primrose, described on their menu as; “On a Roll- Fakin bacon w/hash brown patty, pepper-jack cheese, tomato and spinach on a roll.”

For lunch and dinner, I’ve found Pulse Cafe in Hadley to be especially vegan friendly, because they’re plant-based, and delicious. My favorite place to go for sushi with my friends is Ginger Garden in Amherst, where the sweet potato roll and crunchy tofu roll are to die for.

So when it comes down to wondering whether a vegan lifestyle is maintainable in college– the answer is yes! Whether you like the dining halls, cooking at home, or going out to eat every now and again, there’s always an option at a university like UMass.