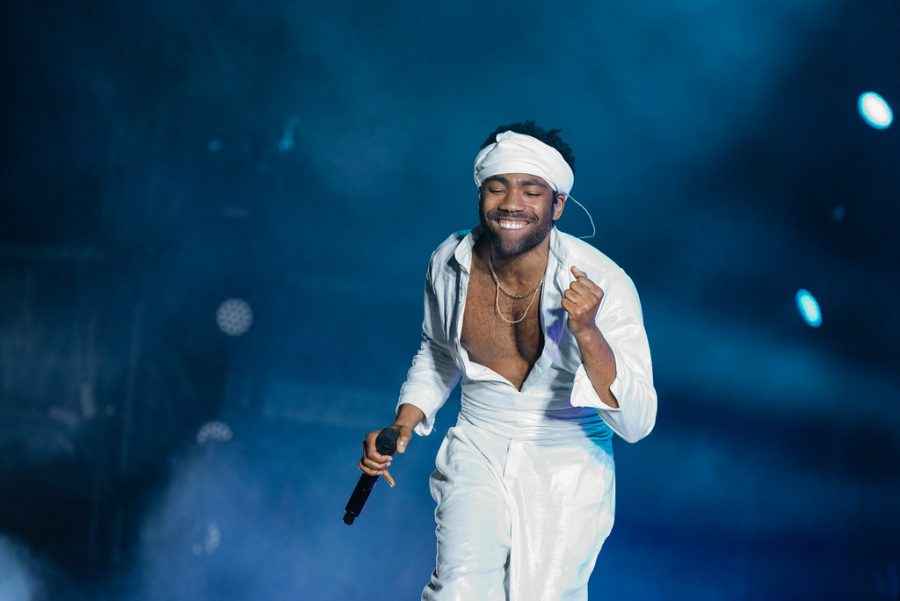 By now, Donald Glover needs little to no introduction. Over a decade, the Georgia native has established a titan of a resume across movies, television and music. When it comes to entertainment, he’s a renaissance man. In 2009, Glover started as a freshman actor on NBC’s “Community.” As he continued his career, screen credits stacked, landing the actor roles on more epic productions such as “Magic Mike XXL,” “The Martian,” “Spider-Man: Homecoming,” “Solo: A Star Wars Story” and, “The Lion King.”

And while involved in the creative efforts of others, Glover ventured down personal avenues. 2016 saw his vision manifested on network television with FX’s “Atlanta,” which took home two Primetime Emmy Awards and two Golden Globes. And stepping off-set and into the studio, Glover adopted the title of Childish Gambino, where he’s released four studio-produced albums, with “3.15.20” standing as the most recent entry to date. And according to Gambino, this appears to be his final entry under the moniker.

The Good
Within the DNA of “3.15.20.” lie traces of Gambino’s previous sound, with injections of new ideas. Tracks like “19.10” and “39.28” contain groovy guitar and drum baselines alongside beautiful piano renditions and enveloping choruses – finding themselves soulful and R&B-inspired, akin to “Awaken, My Love!

Others, such as “Algorythm,” and “32.22” deliver techno and industrial feelings through a faced paced tempo, sparking nostalgia from “Because the Internet.” And then there are songs like “Time” and “12.38” which meet the ear unexpectedly and are experimental in certain sections while Gambino synthesizes vocals and toys with distortion.

Each song might diverge in focus and feel, yet the album’s transitions exist to bridge the gaps. In the techno sounding “12.38,” after six minutes and 32 seconds, listeners are met with a breakdown that has the vocals fluctuating in tempo and repetition, as if the audio file corrupted, before blissfully leaping to the funky drums and synths of “19.10.” If you’re not paying attention, these seamless bridges make it feel like you’re listening to one track in continuation, rather than an album composed of 12 individual pieces. With its masterful combination that draws upon influence and execution, the album provides for a diverse listening experience as it chauffeurs the ear from one genre to the next. It’s safe to say there’s something here for everyone’s tastes.

Aside from production, Gambino flexes penmanship and proficiency in crafting lyrics. From his quirky anecdotal rap verses on “12.38,” where he says “Someone made a mess in my account (Someone sound like me, yes) / Someone bought a Patek in a panic (Yes, yes),” to the reflective chorus of “47.48,” “What do you love? / I love… who do I love? / Yeah, who do you love? / Me?” Gambino tackles concepts of love, self-existence, violence and internal-emotions. Diverging from previous projects that carried cemented themes, “3.15.20” lyricism carries listeners across a range of moods and scenarios. In certain places, Gambino is angry and heavy-hitting, while in others, he comes across divine and angelic.

The Bad
One hindrance trailing “3.15.20,” is the project’s lack of artistic direction. Besides “Algorythme” and “Time,” each track is titled according to their appearance in the album’s run-time. With a white canvas serving as the first thing people see when approaching this project, there’s little meaning to extrapolate upon inspection – placing the project in a realm of ambiguity.

Where previous albums like “Because the Internet,” provided an almost auditory screenplay about Glover’s overt existence online, “3.15.20” feels underdeveloped in certain areas. Although transitioning seamlessly, the tracklist feels composed of loosely connected ideas. Concepts are introduced and then faded out for the next, leaving those who listen grasping for the project’s overarching theme. “3.15.20” doesn’t feel like an R&B or rap tape, but instead, something in between. These gripes are minor in comparison to the album’s artistry, but hold stock in the listening experience.

The Score: 7/10
“3.15.20” stands to be Gambino’s most eccentric project to date. It’s the next logical step in his artistic progression, but that’s not to say it’s without its faults. With so much going on in terms of variations in production and lyricism, the album finds itself losing focus and momentum between its beginning and middle section – only to pick back up again in the final three songs. This range in sound brings pros and cons. While downplaying artistic direction, the project widens its appeal to a range of audiences. But with little visual decoration, in terms of track titles and cover art, Gambino leaves interpretation to the discretion of the listener. Like his previous albums, “3.15.20” proves to be fluid and ever-changing. By avoiding definition, the tape opens up to change over time through each successive playthrough. Overall “3.15.20” is a solid project but finds detractors through some unpolished facets.