Judging Books By Their Covers: “Tuesdays with Morrie” is a modern philosophical classic 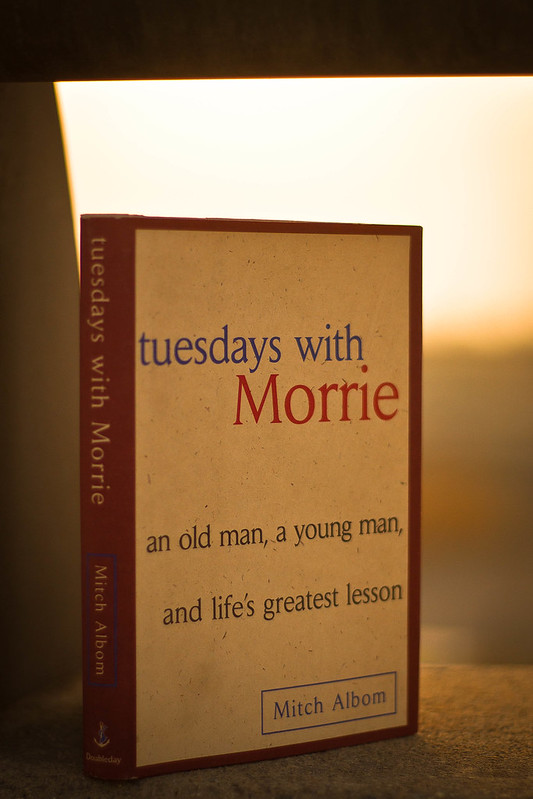 Have you ever had the feeling that someone was placed into your life for a specific reason? To teach you a crucial life lesson, or to bestow a piece of lasting wisdom that you will carry with you for the rest of your life. Maybe it was a grandparent, a teacher, or a peer. Someone who was older, had a wealth of patience and wisdom to share with the world, and who understood you when you were naive. This person has undoubtedly helped you see the world in a new light, and imparted to you some sound advice as you attempt to navigate through it.

For sports journalist, Mitch Albom, this person was Morrie Schwartz; a college professor from nearly 20 years ago. Morrie saw something in Albom when he was a freshman in college, and proceeded to take him under his wing for the next four years. They were reunited years later, after Albom was flicking through the channels and happened to see his distinguished professor on a late-night talk show.

Morrie Schwartz was dying. The professor that had spent the majority of his life standing at the front of a lecture-hall teaching America’s youth, was now frail and had difficulty taking a few steps from his living room recliner.

The valuable insights that Morrie had once given Albom had begun to fade, as he had made his way into the world and realized how cold it can be. Even if he was only subconsciously aware of it, he was yearning for a second chance to reconnect with his mentor. And through a chance of fate, Albom was granted the opportunity.

Aware of his failing health, Albom visited with Morrie every Tuesday in his study, just like he had done decades ago when he was in college. The pair’s rekindled friendship then turns into one documented “final” class; where Morrie discusses poignant lessons on how to live, and the overwhelming fragility of life’s innately beautiful and painful moments, spoken in Morrie’s final days.

“Tuesdays with Morrie” was Mitch Albom’s debut novel, and is nothing shy of a modern American classic. Albom’s admiration for Morrie is incredibly touching through his reverence with documenting the professor’s final lessons with prophetic and stubborn honesty that is meant to serve as a guide for the living.

I have read many of Mitch Albom’s novels, and his writing is truly entrancing. His style transcends genre and audiences. “Tuesdays with Morrie” is a favorite of his for its ability to strike a chord within each individual that reads it, regardless of their typical genre preference. Furthermore, at the heart of each of his stories is a philosophical undertone that imprints upon its readers, and its lessons will stay with them long after the book is filed away in a bookcase.