History textbooks seemed to have left this out 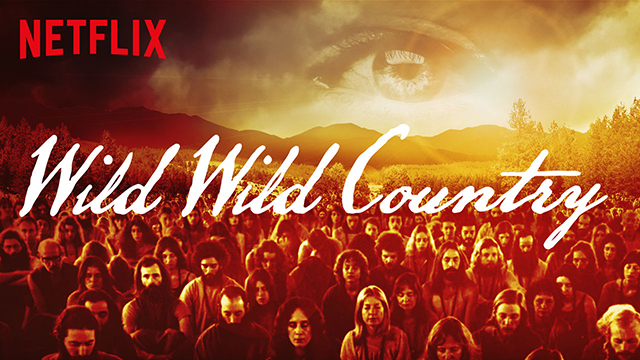 Airing on Netflix in March of 2018, “Wild Wild Country” holds all the makings of a great spy-flick. From assassination plots, political sabotage, manipulation and wiretaps, it’s all here –  but the catch is that this series details true events. Produced by Jay and Mark Duplass, the documentary follows the uprising and actions of an Independent religious movement, with a focus on the man who created it.

The spiritual guru Bhagwan Shree Rajneesh, also known as Rajneesh or Osho, formed the Rajneesh Movement back in the 1970s. While American media grappled with a preoccupation with cults, the guru amassed followers, called sannyasins, in his home country of India. This congregation adorned a wardrobe based exclusively out of red and burgundy, with goals of raising humanity’s collective consciousness. Following an uptick in size and capital, notably from young European and American students, Bhagwan and his council relocated the Rajneesh movement to the United States.

Settling in Oregon, Bhagwan’s council purchased the Big Muddy Ranch. Nestled just outside the retirement community of Antelope, followers, in the vicinity of 2,000 individuals, took to the task of constructing their guru a utopia – in the form of a commune. This resulted in the establishment of the city of Rajneeshpuram, which sprawled across 63,000 acres and featured an artificial lake.

Drama thickens after the commune is constructed as if its establishment lit a stick of dynamite. The armed ranchers of Antelope make gestures of physical violence, pushing the community to erect its own police force and a stockpile of weapons. There are also clashes of brain and brawn here too. The leaders of the Rajneesh breach the surface of Wasco county’s local government, gunning for seats on local and state municipal government while drawing allegations of Salmonella poisoning and immigration fraud from federal investigators. And in the midst of this political controversy remains the spiritually enlightened Bhagwan, who can be viewed entering a four-year-long period of silence, while forwarding his collection of over 100 Rolls Royces. This all but scratches the surface, the teeming chaos, that follows this community’s chronology.

“Wild Wild Country” toys with America’s infatuation surrounding phenomena like cults, while highlighting our country’s interactions with these groups in the time surrounding the end of the twentieth century. The citizens of Antelope describe in interviews that the Rajneeshees were loud and noisy, while U.S. Attorney Charles Turner recalls his process of prosecuting Bhagwan and his council.

The documentary gives viewers an inside peek at who the Rajneesh were as people. Through interviews with Bhagwan’s secretary, Ma Anand Sheela and other key figures in the movement, such as Rajneeshpuram mayor David Berry Knapp, the motives, actions and after-thoughts surrounding their experiences in Oregon find the light. In what could be considered criminal confessions, it seems nothing is left off the table. As episodes play through the drastic measures taken by Bhagwan’s followers, out of their teeming devotion, grow extensive.

Much of the allure surrounding “Wild Wild Country” can be attributed to the bizarre nature of the events detailed across its six episodes. It is a forgotten history, as mentions of the religious movements move to Antelope and their eventual controversies are absent from the mainstream discussion. For the people of Antelope and the Rajneeshees, this was the event of their life-time and because of that, raw emotions bubble to the surface as these individuals detail their experience and forethought.

We’re roughly four weeks into quarantine now. If you’ve grown tiresome of the recommended Netflix stream, “Wild Wild Country” stands as an enthralling ride. There’s a deliberate blend of historical documentation and theatrical storytelling within the docu-series that holds a satisfying pace across its six hours of content. And think about the bragging rights to be attained, as you achieve the opportunity to flex this weird bit of American history in those routine close-quarter conversations.