Judging Books By Their Covers: “GIRL IN PIECES” is an unapologetic testament of a teenage girl’s struggle with mental health 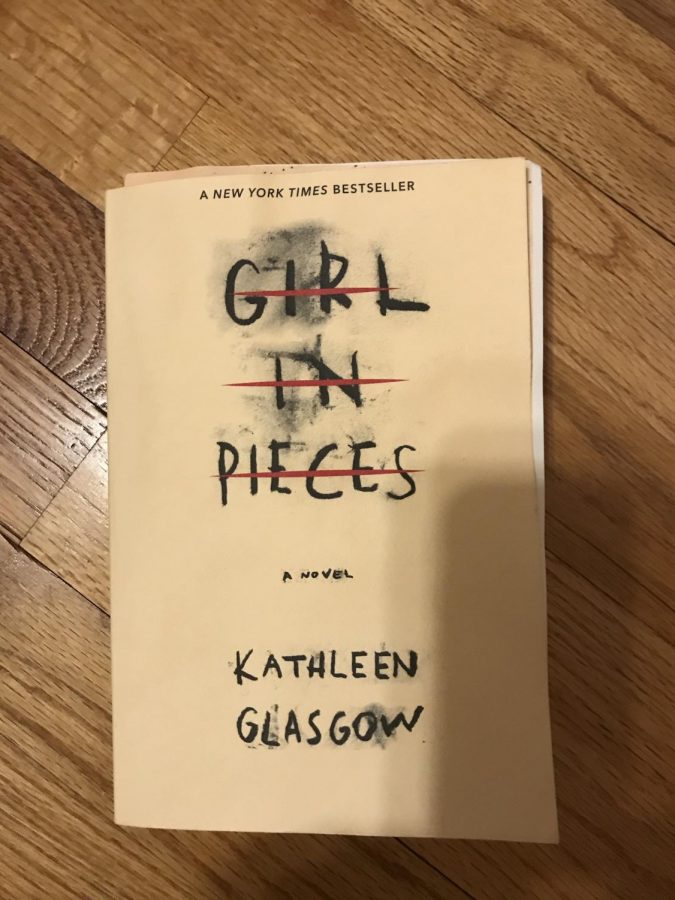 “GIRL IN PIECES” is author Kathleen Glasgow’s debut novel, and since its debut in 2016, the hauntingly beautiful book has earned notoriety in being placed atop the New York Times bestseller list. It portrays the unflinchingly honest, gruesome tale of a teenage girl who has already lost more than most people do in a lifetime. But if she has learned anything, it’s how to forget and that a beautiful kind of calm can be found amidst pure destruction.

Charlotte Davis is in pieces. She has woken up in a hospital bed, with her arms and legs wrapped in sterile bandages and only a vague recollection of how she got into this predicament. Weeks passed by Charlie in a disillusioned haze and while everyone at the mental hospital seems to genuinely care about her, thinking about what happened at the river only brings upon a fresh slew of dull pain inside of her. That no amount of group therapy is going to help her erase. As an aspiring artist, the only healthy thing that she has found relief in is the charcoal drawings that litter the pages of her most prized possession–her sketchbook.

But Charlie’s insurance has run out, and she can no longer afford the luxury of hiding out in the sterile walls. Her best friend, Ellis, is gone forever, her father has inflicted more damage upon her than she can bear to recount and so the hospital leaves her in the hands of her mother, who has nothing left to give her. And she hops a bus from the Twin Cities to the deserts of Arizona, in hopes of getting closer to Mikey; a boy that she has had a crush on, who has always pined for Ellis instead.

However, things do not go as planned in Tuscon. Mikey just wants to be friends, which only succeeds in bringing a slew of fresh emotional torment onto Charlie’s already fragile heart. Consumed in her feelings of rejection, Charlie seeks out a job as a dishwasher at a local cafe where she catches the eye of an older, sexier coworker who is a “semi famous” local musician and a spiteful alcoholic. The pair enter into a destructive relationship that contains enough fire to lift them out of their own harm’s way or to burn everything in their path down.

Charlie is a tortured artist and has only known the pain and comfort found in the shards of glass that she used to pierce her skin. Creating a map of tangible scars to numb the invisible ones that hurt the most. And with every new scar, Charlie’s heart hardens just a little more. Almost enough to not care anymore, which could be what it takes for Charlie to pull herself back from the ledge.

While the novel contains many gritty themes, such as self-harm, it’s vulnerability and a chronicle writing style that mirrors that of diary entries is what makes the book so enthralling to readers about the power of an artist’s expression. Fans of Ellen Hopkins will devour this book for the kindred ability that both authors share to shed light on mental health issues in such a realistic way.

The book exposes the unnerving truth that it’s much easier to fall apart than it is to piece yourself back together. And even in its most unapologetic of details, it’s cadence makes it impossible to look away.