How the virus is affecting the mental health of UMass students 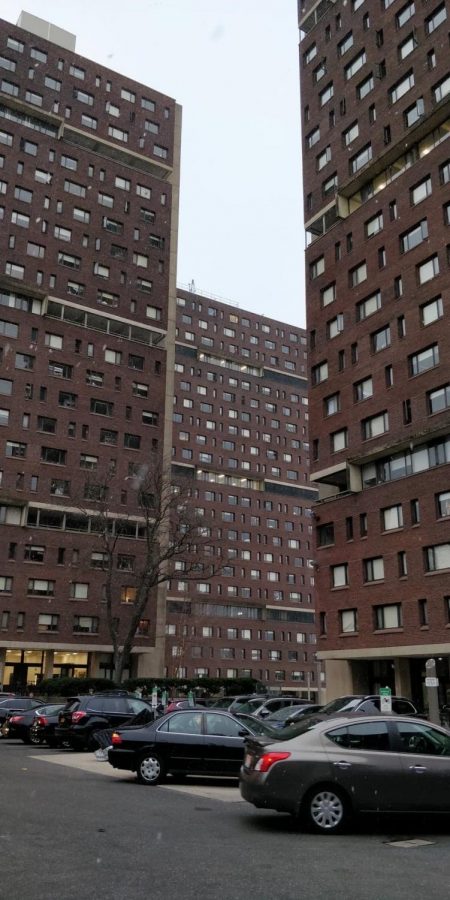 Faces buried in open laptops. Legs bouncing under a table. Students rushing by, coffee clutched in hand. Last month, the first floor of the Integrated Learning Center (ILC) at UMass Amherst captured the physical signs of anxiety as students prepared for midterm exams.

Now, after students were forced to move off-campus due to the coronavirus outbreak, the ILC is a ghost town. Students face new anxieties as they deal with massive unanticipated changes.

“The expectations haven’t changed. That’s what stresses me out. Everything has changed but the expectations and not everyone is going to be able to reach those expectations,” says Carolyne Elias, a sophomore at UMass who was required to vacate her dorm in the Southwest Residential Area and return to her hometown, Leominster, MA.

As a visual learner and routine follower, Elias immediately began stressing about taking classes remotely for the remaining of the spring semester. She believes that a lot of people, including herself, have a hard time adjusting to change and that this sudden turn of events will have students struggling to adjust back to home life while continuing to balance school work through online classes.

With everyone in the same boat, Elias thinks the coronavirus outbreak along with the university’s decisions to send students home is contributing to a rise in anxiety levels that was already so high across campus.

Before the virus outbreak, students might have still found themselves in the same boat as one another with many affected by anxiety in some way.

According to the 2018 Center for Collegiate Mental Health (CCMH) Annual Report, anxiety and depression are the most common concerns amongst students across the nation who are seeking mental health treatment. As of 2019 the Anxiety and Depressions Association of America (ADAA), reports that anxiety disorders are the most common mental illness in the United States, developing from a complex set of risk factors.

What are these risk factors? Just one is nearly impossible to pinpoint but social media, intense academic courses, social life, existential matters and personal circumstances all play into teen and young adult anxiety.

The Executive Director of Wellbeing Access and Prevention, Betsy Cracco, believes the most widespread causes for anxiety in college students stems from living in a higher education setting.

“The first and most natural conversation with anxiety is about [academic] performance. Generally speaking, the socially acceptable ‘I’m stressed’ conversation centers around, ‘I have so much work, and I’m not going to meet cutoffs and criteria that I have,” Cracco says.

In Cracco’s mind, this is the first layer to uncover when navigating the cause of a student’s anxiety. To dive deeper into the source of the problem students must ask themselves, “Who is the real me? How do I uncover it?”

“When we start having those conversations, I feel like we’re getting more down to the root of anxiety which is, ‘Am I acceptable the way that I am? Am I enough?’” says Cracco.

Cracco believes anxiety is so dominant today because students feel pressure to hit a perfect standard in a competitive society where job scarcity is a reality for most.

“I feel like there is added pressure of keeping your GPA as high as possible. I want to do more schooling after undergrad and if you have a really high GPA then you have a better chance of getting into cheaper schools and getting scholarships,” says Amanda Butura, a UMass sophomore biology major who is competing with 1,400 other bio undergrads for a slot in medical school.

“How am I going to make myself stand out when everyone is going to be applying to grad school?” she says.

According to Cracco, self-esteem and self-compassion are two ways to look at the source of anxiety. Students constantly beat themselves up, thinking this will make them better, but that is not the case, she says.

“I feel guilty taking time for myself,” says Elias, a first-generation student who deals with the burden of not letting her family, as well as herself, down.

Along with stresses from higher education and career planning, Cracco believes the boom of accessible technology in our society, contributes to the rise of anxiety levels within the college population.

Elias, a nutrition and Spanish major, believes the rise in technology contributes to the competitive state of the world, putting extra pressure on students.

“The more technology advances the harder being [at school] gets, the harder the material gets and the more competitive it gets. People have all the resources in the world now to be rich and it’s like ‘Wow the pressure is on. I really need to be in school and I need to make something of myself,’” says Elias.

Both Elias and Cracco believe social media specifically can mess with one’s self-worth. With apps like Instagram and Snapchat at the youths’ fingertips, students are constantly reminded of the status of their friends, celebrities and even strangers.

“When I was in high school, you may feel left out of something every now and then on a Friday, but you wouldn’t see pictures so I think it’s much more painful now,” says Cracco.

Sky Quiros, a freshman at UMass, thinks that social media users believe everyone has it better off than them despite only portraying a filtered lifestyle that usually pertains to perfection.

With over 70,000 subscribers to her Youtube channel, Karren Kora, a 19-year-old UMass student who’s on the other side of the screen, is familiar with the stress of trying to fit into the mold of who an influencer is expected to be.

“I think [anxiety levels] have gotten worse because now we have expectations. We can see other people doing what we want to do on social media and I feel like it gets into your head.”

Kora, who struggled with depression and anxiety during her freshman spring semester at UMass rarely left her dorm room, prompting a conflict between her life on-screen vs. off.

“It got too much and I also was expected to show my life on my Youtube channel and make it look like I was having fun, so I recorded the one day out of the week that I left my room so it looked like to people that I was doing things when I actually was depressed,” she says.

After returning home for summer vacation, Kora eventually found healing through religion and prayer. According to Cracco, there are several approaches to combating anxiety and finding the right resources for each struggling student is crucial.

“We know that people are suffering, so how do we move to prevention? How do we move upriver and say let’s start looking at the tool kits because the world isn’t going to change so how do you deal with it differently,” says Cracco.

According to Dan McLean, a psychotherapist in Amherst, students benefit from mindfulness skills to manage anxiety. He says it’s helpful to become aware of the link between physical feelings and anxiety and the thoughts related to them. McLean relies on Cognitive Behavioral Therapy (CBT), which can help patients find adaptive ways to modify anxious thoughts by focusing on the way they think and look for distortions, like catastrophic, or all or nothing thinking.

“You can learn to recognize when you catastrophize or engage in extreme thinking. There’s a lot of thought distortions that give rise to anxieties because we make errors in the way we perceive things, like ‘I will never finish this exam’ or ‘I will never do well’, sets us up to feel anxious,” says Mclean.

Cracco and McLean both suggest meditation and mindfulness ease anxiety.

“When you slow the wheels down and just sit with the feelings you develop more awareness. You can see it as separate [from yourself],” McLean says.

Meditation can enforce a healthy mindset while also examining the physiology of the body. Are my shoulders tensed? Am I holding my breath?

Breathing is central to the emotional experience, says McLean. Often, people with anxiety hold their breath. McLean compares it to a mouse hiding from a cat as its paws are reaching under the hiding spot. Like the mouse, people with anxiety don’t want to move because they are in a state of fear.

Some people feel butterflies in their stomach, while others feel pressure in their chest or tension in their brow line. McLean suggests actively devoting your focus on where you’re holding tension and learning how to relax that area to feel a decrease in anxiety.

When someone practices meditation as a mindfulness strategy, they are not analyzing the thoughts that arise in their mind but watching them float past like a leaf falling off a tree and being carried away by a brook, Mclean describes.

“Just to notice those [thoughts] gives us more awareness and by having more awareness we have more control. Anxiety is not having control, so when you come to an acceptance of what you can change, I think you can have more peace of mind,” says Mclean.

Whether a university student or not, there may be no better time than now, while the world is at a halt, to confront your anxiety and practice mindfulness exercises like meditation. Self-reflect in these formidable weeks. Detect your anxiety, separate it from yourself, and grow.