Judging Books By Their Covers: “Two by Two” is a touching novel about the unconditional love between a parent and a child

The king of romance novels, delivers one that encompasses more than his usual romance tropes 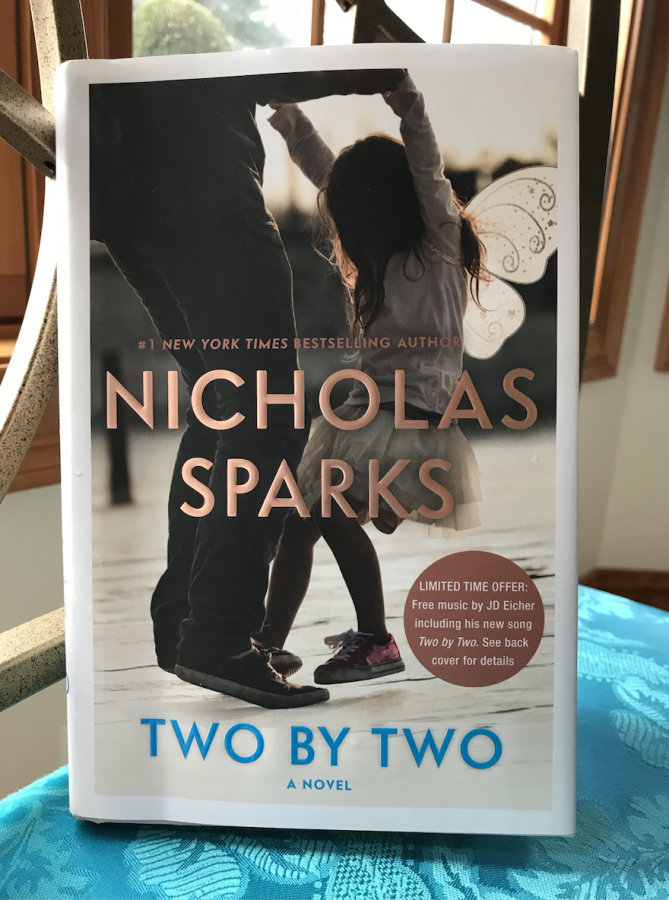 In times as uncertain as these nothing provides as good of an escape from the mess of reality that many of us have to confront, as the emotional reprieve of diving deep into a good book. Nicholas Sparks is the king of romance and making women purge all the tears in their body through his gut-wrenching storylines. However, in his most recent novels, he is taking more of a complex approach than just concentrically being about romance. While romance is still at the heart of every one of his New York Times bestsellers, the theme of love in all of its various forms arises.

Russell Green is living the suburban dream by any definition of an outsider’s perspective. At thirty-two, he has it all: a beautiful wife, a lovable six-year-old daughter, a successful career as an advertising executive, and a luxurious home in the suburbs of Charlotte, North Carolina. And at the center of this dream, is his marriage to his entrancing wife, Vivian. But things are never as shiny as they appear on the outside, and Russell would be lying if he didn’t see fault lines eroding into their perfectly erected facade.

Within the matter of a couple of months, Russell finds himself out of a job and staring at the divorce papers that Vivian left for him. And no one is more shocked than him when he wakes up one day to find that every aspect of his life has been irreparably turned upside down. He is now left caring for his young daughter, London, as he attempts to keep up the allusion that everything is normal. And as he grapples with his new, baffling reality while trying to launch his own business, something equally unexpected happens.

One of his old girlfriends makes a reappearance into his life,  reigniting an old flame in his heart and tempting him to take a chance on love. Guarding his heart, he embarks on this new adventure with a mixture of cautiousness and wonder as he struggles with the all-consuming responsibility that comes with being a single father. And as a result of mixed signals, he continues to hold onto the false hope of reconnection with Vivian and a return to his old life.

The novel’s cover shows a candid picture of Russell, with his little girl London wearing butterfly wings and holding his hands as she bounces on the heels her sequined pink high-top sneakers. The cover makes a statement, right off the bat, that this book is going to be out of the ordinary of Sparks’ usual lineage. While his romantic love interest does play a key role in the storyline’s progression, at its heart is a heartwarming tale of unconditional love between a father and a daughter.

Speaking on behalf of those who, like me, have a guilty pleasure for romance novels, I have read many of his novels and this is one of his that stands out the most of me. Many romance novels border on complete corniness and predictable in regards to the plotline. This novel, however, doesn’t. It introduces more complex themes that add to the charisma of the plot, while still maintaining many of the same motifs that make Nicholas Sparks’ novels so widely adored.

“Two by Two” is furthermore, a novel that is sure to captivate your attention from its first chapter to its last, making it an ideal distraction for those consumed in stress and anxiety during this time. Until next semester, happy reading!