Judging Books By Their Covers: “Brave New World,” a futuristic novel, might not seem that far-fetched in 2020 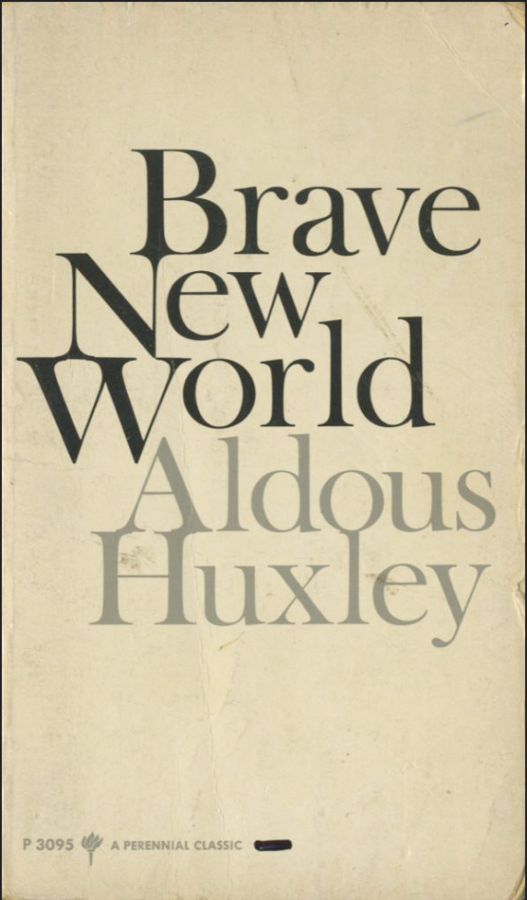 As an English and Journalism double major, I have cultivated a love for classic literature that ties into current events even decades after their publication. Little did I know that these words would not ring any truer than when I picked up, “Brave New World,” by Aldous Huxley to read earlier this summer. I had picked up the acclaimed novel two years ago at a local festival because I recalled the title having come up in various English classes and had made a mental note to check it out. Since then, the novel had been sitting in the back of my bookcase, its spine collecting dust, waiting for me to pluck it out of its little place of obscurity.

The book follows the main character, Bernard Marx, as he attempts to navigate an extreme example of a totalitarian, futuristic society. In this case, totalitarianism is represented through eugenics in the production of test-tube babies where their intelligence is pre-determined according to their assigned caste system and using hypnotism as a means of controlling the population: where the intelligent members hold the highest positions and serf-like beings, who are programmed to carry out menial tasks. To make it even more twisted, this society uses a drug to induce happiness called ‘soma’ as another means of control.

Here “everyone belongs to everyone else.” And Bernard unintentionally breaks the mold due to him doubting his placement in the caste system and accompanied by his love interest, Lenina Crowe, visits what is referred to as a ‘Savage Reservation,’ where he witnesses a lifestyle that is so vastly different from his own. And this newfound awareness sets a whole string of events that establish turmoil in the otherwise superficially successful world.

The heart of the story exposes the unnerving truth buried beneath this utopian society, where at the surface everyone has these excessive carnal pleasures that they appear to be content and satisfied with. Which as the story progresses, readers learn that this seeming placidity within the society is a result of the citizens forfeiting their freedom in its truest sense as well as the idea of personal responsibility.

Fans of George Orwell’s, “1984,” will find many similarities within this novel. One of the biggest overarching themes is a fore-warning about the dangers of technology overruling that of society. In 2020, some aspect of technology is available at our fingertips wherever we turn. And during times of physical isolation from family and friends that we’ve all experienced during these past several months, technology has been largely beneficial. But in many subtle ways our current society does mirror the one presented in the book, which does beg the question, to what extent is technology controlling our lives? And is this dystopian, futuristic novel that far off from what our future could look like?