Long-distance love during a global pandemic 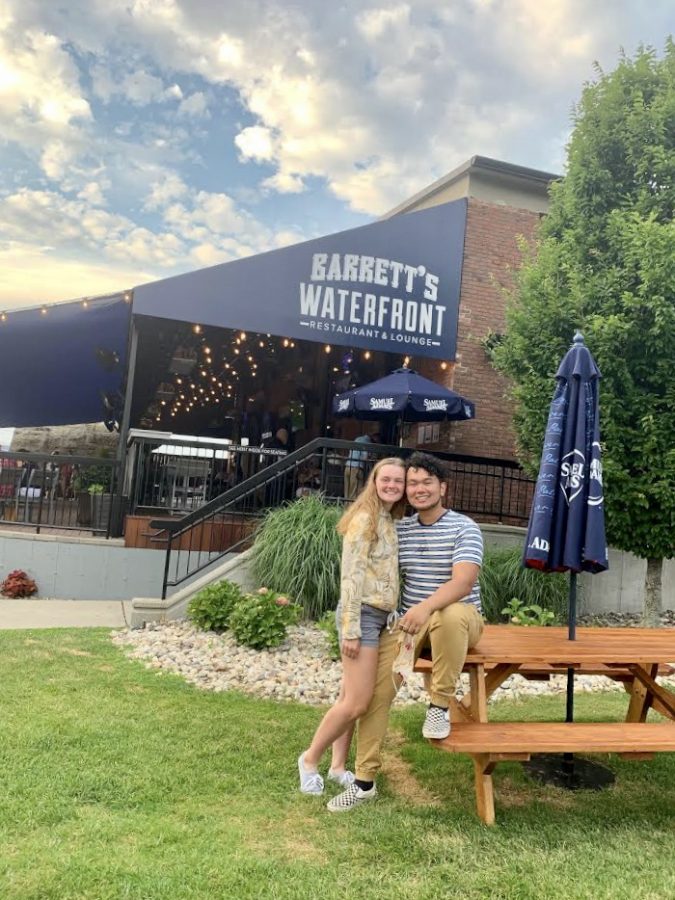 As if COVID-19 doesn’t suck enough, try being in a relationship with your significant other being half-way across the country. Sound impossible? Junior Tony Foti from Illinois College shares with us that it’s certainly a challenge, but one that’s well worth it.

Tony met his girlfriend, Kendall, at school and they became friends, saying casual hellos when seeing each other around campus. But when they were sent home due to the pandemic, he slid up one of her Snapchat stories and their relationship started to head in a different direction.

“I didn’t expect myself to get tangled up in [a relationship], but we started texting every day and staying up late on Facetime and I found myself slowly developing feelings,” said Tony.

By the middle of April, they were official. Kendall hopped on a plane from her home in Illinois to Tony’s home in Massachusetts a month and a half after they started dating. There they finally shared their first kiss.

“After experiencing her in person, once she left, it started hitting harder because there wasn’t that sense of intimacy [before].”

Kendall visited again in July and Tony spoiled her to a week of exploring Southeast New England. When she left, they were separated for two more months until they were both on campus again.

Over time, the strain of being in a long-distance relationship started to take a toll on them. Their usual schedule of talking all day and Facetiming all night when they were both stuck at home in quarantine became compromised with working two jobs, new friends, family and every other factor that 20-year-olds face on the daily.

“We had opposite schedules so our time limit for talking was really slim… if anything, she felt [the strain] more because she wasn’t getting the reassurance she needed,” he exclaimed.

Now they’ve been reunited and are able to run errands together, hug whenever they see each other around campus and just enjoy the little things that are better together.

Tony is grateful for quarantine, because without it, he doesn’t know if they’d be in the healthy and loving relationship they have today.

“These were the cards we were dealt. I started the conversation and we just never stopped.”