It’s time that faculty-student relationships, in all forms, are prohibited at UMass Amherst 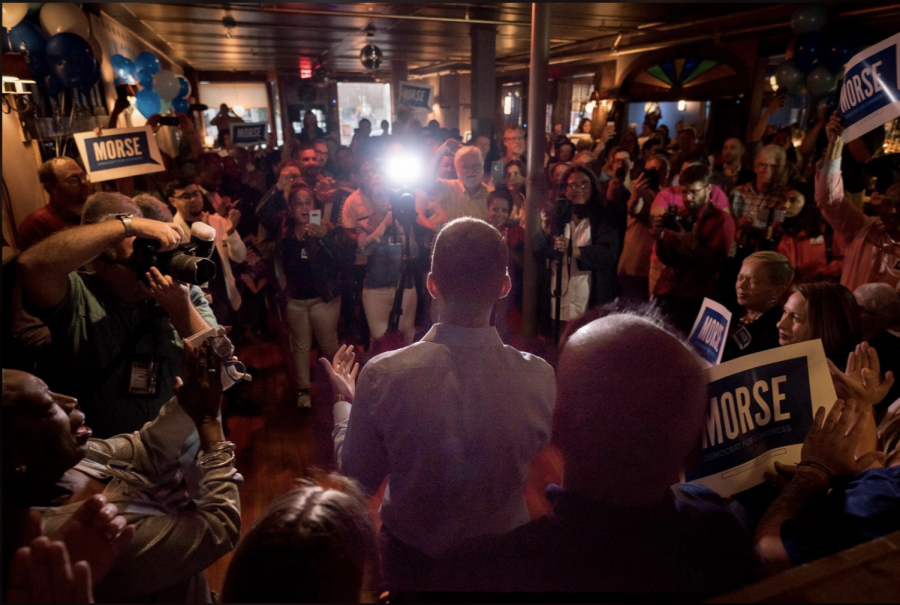 The Massachusetts primary has come and gone and if the results were any indication, the allegations that surfaced concerning candidate, Alex Morse, having relationships with students at UMass mere weeks prior to it have far from faded into the background. Other colleges within the five-college-consortium have taken the initiative to ban faculty-student romantic relationships, while in a Masslive article it was stated that at UMass they are only “strongly discouraged.” It is no secret that cases of sexual assault and men in power exploiting that power over those beneath them have left a bitter taste in everyone’s mouth throughout recent years. In 2020, it might be time that the guideline was solidified, for the protection of all involved parties.

At the beginning of August, the Massachusetts Daily Collegian released a statement from the College Democrats of Massachusetts that claimed the Holyoke mayor and Congressional candidate was “dating” students at UMass Amherst, where he was a part-time lecturer. The association addressed these claims in the statement, which was initially only sent to Mr. Morse, as a means to disinvite him from all future events at the UMass Amherst and Amherst College campuses.

According to the article, Alex Morse’s behavior that was called into question detailed in the statement from the College Democrats concerned him “matching” with students from UMass Amherst on popular dating apps. Additionally, there were claims from the student group that Mr. Morse used the College Democrats events to “meet college students and add them on Instagram, adding them to his ‘Close Friends’ story and DMing them.” These behaviors are ones allegedly made the students uncomfortable.

The issue concerning personal relationships between students and faculty is an ongoing debate amongst college administrators in the past several decades. The allegations against Mr. Morse, while vague, was the single spark that was needed to ignite the age-old wildfire, and effectively hide all the other murkiness at the heart of this issue.

An article from the online publication, The Intercept, revealed in chat transcripts that the alleged accusations against Mr. Morse which had been planned to be leaked for almost a year, prior to their actual release, by the College Democrats. One member of the group who was known to be seeking an internship with Mr. Morse’s opponent, Rep. Richard Neal was quoted in the chat stating, “This will sink his campaign.” Screenshots in the article illustrated a snapshot of seemingly innocent messages between Mr. Morse and Andrew Abramson, one of the student leaders of the College Democrats. To any outsider looking at these messages, they would seem friendly but not overtly flirtatious whatsoever.

Then there is the fact of Mr. Morse’s age. He was only 22 when he was elected as Mayor of Holyoke and 25 when he joined the UMass faculty as a joint lecturer. In many respects, the students at UMass Amherst are in his peer age-group. And it is natural for anyone to gravitate to those within their age-groups when looking for dating prospects.

However, the power dynamics at play in intimate relationships are inherently complicated between faculty and students, regardless of how old each individual is. According to a Masslive article, Mr. Morse stated that none of the alleged students whom he had relationships with were in his class nor explicitly spoke to him about career opportunities.

Another professor who teaches at UMass Amherst explained in the Masslive piece that in cases such as Mr. Morse’s, where he did not have authority over the students who presented these claims, sexual relationships are not prohibited. These policies leave an enormous area of gray from which no good can arise. Considering that as a result of this scandal, both members of the College Democrats who were involved heavily in it have been forced to go underground, and not to mention how this will impact the trajectory of Mr. Morse’s foreseeable political career. While if the University had harsher guidelines in place like there are in other colleges across the Pioneer Valley, regardless of the intent behind and validity of the allegations, both parties would have been allowed more protection.