Coolhand Jax’s journey to “No Dreams of Anything”

From inception to release, the multi-instrumentalist songwriter debuts an EP that welcomes finding comfort in the unknown 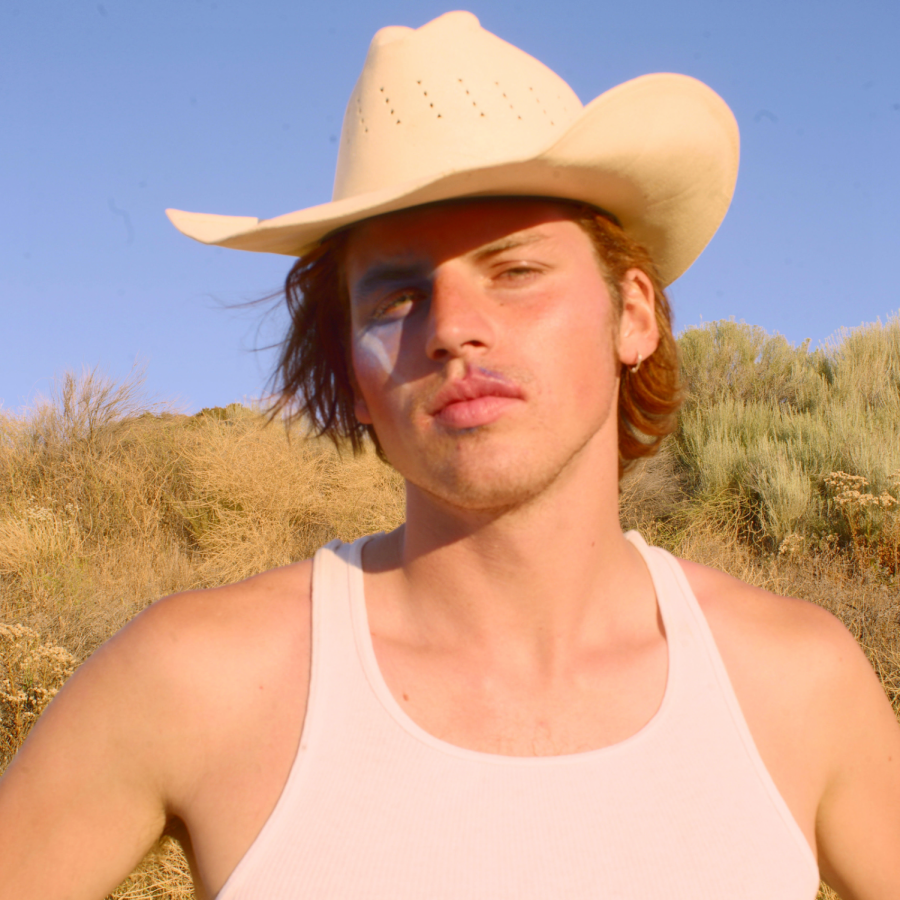 While the sun sets in New England, it’s still high in the sky in Los Angeles. There in his apartment, wearing flannel and a Miami Dolphins hat, Jake Weissman stares at me through a screen, as many of us have gotten accustomed to. Weismann and I have been messaging like virtual pen pals since last winter, but we’d never seen each other face to face; this was our formal, yet informal introduction. I discovered the University of Massachusetts Amherst alumni and Springfield native in 2018, after seeing him perform with his group Sunshine Brothers, Inc, but this wasn’t the first project Weissman tackled and it’s not the last. Now, Weissman debuts as a solo multi-instrumentalist songwriter under the name Coolhand Jax releasing his first EP “No Dreams of Anything” on Sept. 18.

“I’ve been doing music as a whole for 13 years now, which is crazy,” said 23 year-old Weissman. It all began when his grandmother bought him and his brother their first guitars. “We had like two lessons and we both hated it so much that we were like ‘We are both never going to play music ever again,’” Weissman remembered. Those guitars were exiled to a closet and never given a second thought. That was until Weissman wanted to buy a laptop. “I wanted to become an author, I used to really like to write,” Weissman began, “so I was like, ‘If I wanna be an author I need to buy a laptop.’”

How would he buy a laptop? By selling his guitar.

“It would not have been enough to buy a laptop,” Weissman chuckled, “but in my head, at the time it seemed like enough.” So his guitar made its way out of the closet and into his hands. In the process of making posters to advertise his guitar, he began playing it, but it wasn’t until a friend played it that he saw potential. “He played like ‘Smoke on the Water’ or something and my head just exploded,” Weissman said.

From there, a determined Weissman taught himself how to play the instrument. With help from the internet, specifically YouTube and Guitar Tabs, he began to hone his craft. “For the first three years, I would literally play for five to six hours a day,” he stated, “I would do this every day. It was school, guitar and then sleep.” Around middle school and high school he began playing with other people. “If you played music there, you knew each other. You were probably playing together in bands at certain points because there were like 10 of us max,” he said in regards to playing music in the West Springfield area. He quickly circulated from project to project for about six years, playing shows whenever he got the chance. Finally Sunshine Brothers, Inc. gave him an introduction to a real music scene. The band formed Weissman’s freshman year of college, playing shows across the Pioneer Valley, but disbanded shortly after he graduated.

“While I was doing Sunshine Brothers, I was making my own demos that I wouldn’t use for x or y reason. I always had the idea in my head that maybe someday I’d release these under a different project name,” said Weissman. A fresh college graduate in 2018, a world of endless possibilities glimmered along the horizon and he took to the road to find them. “When I finished school, I went on a big long road trip across the country for like two or three months and then I tracked a bunch of demos,” Weissman professed. This was the most prolific he’d ever been, tracking about 40-50 demos in that time span. Weissman sent them to a friend of his at Live Nation, who encouraged him to release them. Home again after his lengthy road trip, Weissman got to work and Coolhand Jax was born.

With a new name and some refined demos, Weissman found a way to get them out into the world. “I had originally planned to release them this past spring. My birthday is in April and I had written these songs when I was 21, so I really wanted to get them out before I was 23,” he exclaimed. Around this time he started conversations with Spirit Goth, a small indie label out on the West Coast, that would go on to sign him. So, Weissman held off, admitting that he figured he should strategize with them before making any big decisions. By June they’d come to an agreement on how the project would be released: a single in July, another in August, with the full EP debuting in September.

Going from 40-50 demos to four songs wasn’t an easy decision for the singer. “It’s super hard like honestly, it sucks. It’s like choosing between children,” Weissman joked, “It’s super hard to be objective about music you’re making, right, but especially right after you make them. To hear these four songs objectively I would have to not listen to them for like five or six months.” So, for the first time, he branched out, sending other people songs while he was still working on them. “I’d send friends or people who had similar music taste as me like three songs and say, ‘Between these three which two would you choose?’ and that was a big help,” Weissman said. From there, the singer just had to trust his gut. Now, “No Dreams of Anything” emerged into the world. The four-song EP tells a story, something he hadn’t really anticipated at the start.

“Wanna Watch U Move” sets the stage of the EP. Weissman has a knack for groovy synths and sweet guitar riffs, which are quite prominent throughout the song. Weissman admits that his strength has always been instrumentals, which is why he always writes the instrumental before the melody and lyrics. In comparison to the other songs on the project, “Wanna Watch U Move” heads in a different direction, rather than following the narrative Weissman imagined, this song comes across more romantic. “‘Wanna Watch U Move’ is about missing someone on the road,” said Weissman. It’s a way to ease listeners in before taking them on a journey of self realization.

“‘Backseat Swinging’ is about being in the back seat of your own life,” said Weissman as he thought about his inspirations. “Meanwhile this other person is making all this money working their job or whatever,” he continued. Set to an ‘80s style techno beat, you are consumed by the essence of the song. There’s an aura of cruising to it, a sense of calm. Weissman plays to his strengths with solid instrumentals, their production complex, yet they’re so easy to consume. “Backseat Swinging” is a song that’ll have you swaying or bobbing your head to a perfectly timed beat.

Sonically “Everybody Else” feeds off of “Backseat Swinging” with a similar alternative/ ‘80s vibe, yet it’s more of a dance beat. It’s the type of song main characters would dance to in a teen coming-of-age film. Story-wise, “Everybody Else” picks up where “Backseat Swinging” left off. “‘Everybody Else’ is about everyone else doing that, like getting their s*** together, and me pretending like I’m not like them, which is not true in a lot of ways,” he said. “Everybody Else” had secured its spot on the EP with ease. “I always knew it was going to be on it and I don’t really know why, it’s not my favorite song,” Weissman admitted. In the same regard, he knew that “Everybody Else” was the epitome of the record.

No Dreams of Anything

“‘No Dreams of Anything’ is like the darkest look at somebody who is wrapped up in the corporate world. It’s the stereotypical person who is very wealthy and successful in the eyes of society, but hates every aspect of their life,” said the artist. “Then there’s this other person who has no dreams of anything, but it’s up to the listener if that’s a good or bad thing.” he continued. While it’s his favorite song on the EP, it was also the song he had the most doubts about, thinking it to be the “weirdest” one. “No Dreams of Anything” does have a darker tone to it, the synths almost sound like a dark soul for lack of a better term. Yet, I also hear hints of Pink Floyd in the vocals. “The way I see it may be way different than how listeners see it maybe,” he mentioned.

Texturally, “No Dreams of Anything” hits the sweet spot. Weissman proves he’s grown as an artist from his time with Sunshine Brothers Inc., and will continue to grow. The EP brings a dichotomy, torn between enjoying a moment to not work towards anything, but a fear of how you can survive if you value this sense of idleness and leisure. “While I didn’t really know it at the time, most of the songs came out about being in this nowhere space, where I’m on the outside looking to like this world of people I’m seeing in my phone and talking to who are finishing school and getting jobs and starting their lives,” Weissman said as he reflected on his sabbatical. “Meanwhile, I’m just basking in this nothingness, just kinda out there. Not moving in any one direction, which is what I wanted to do.”

“No Dreams of Anything” is streaming now on all platforms.