In Trump's denouncement of a holistic education about the U.S. aims to feed children propaganda. 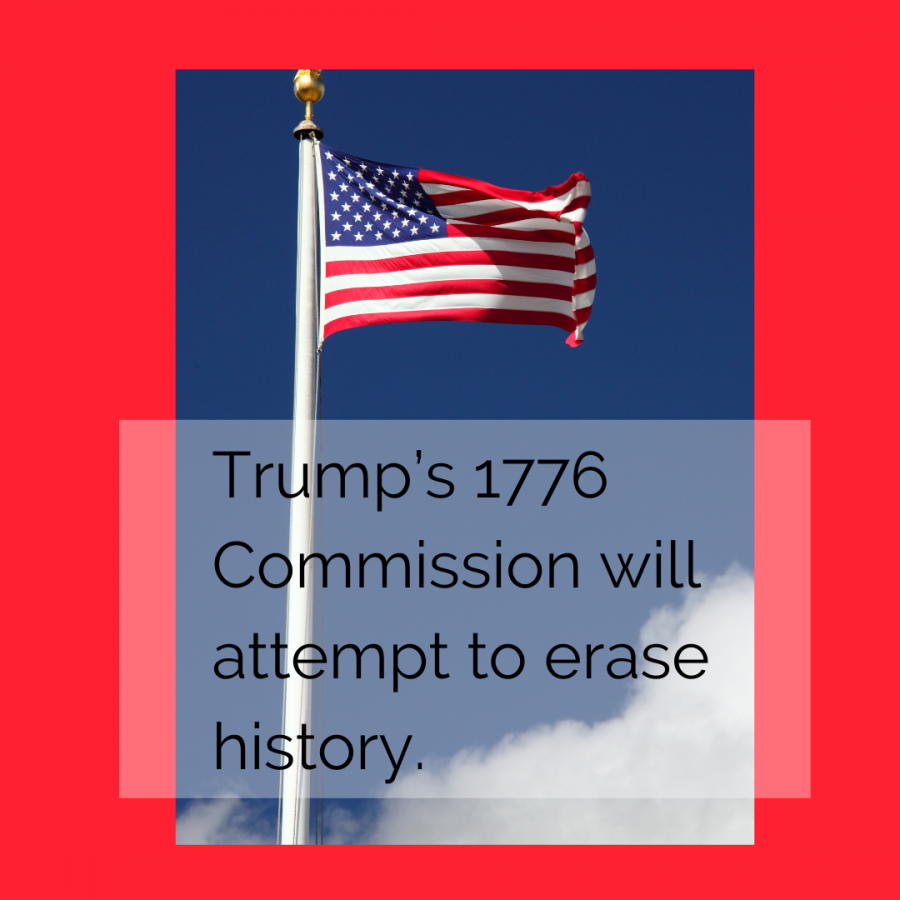 In a speech at the National Archives on Sept. 17, President Trump announced that he will sign an executive order to establish the 1776 Commission. The purpose of this commission is to “promote patriotic education” in public schools; The Washington Post published a small clip of Trump making this announcement. It was not mentioned what the time-frame of implementing this commission would look like. According to Trump, “[The 1776 Commission] will encourage our educators to teach our children about the miracle of American history,” and that ultimately “our youth will be taught to love America with all of their heart and all of their soul.” This act is a clear sign that Trump wishes to indoctrinate Americans from a young age to love the U.S. and overlook the bad parts of its history. For Trump, criticizing America’s violent and unjust history is wrong and should be overshadowed by the Eurocentric mindset that the west has always been on the side of “good.”

In response to the growing support of Black Lives Matter as well as major companies pledging to donate to racial causes and implement racial inclusivity and training into the workplace, Trump claims that “the left has warped, distorted, and defiled the American story with deceptions, falsehoods, and lies.” He went on to claim in his speech that the New York Times’ Pulitzer Prize-winning 1619 Project and the Smithsonian’s Critical Race Theory are discredited, saying educating children using these unflattering facts is “child abuse.”

Ignoring certain aspects of the U.S., which was founded on slavery and discrimination, is unpatriotic and quite scary considering that American public education already doesn’t do enough to educate children about the country’s darker history. When I was in public elementary school I was taught about slavery and discrimination, but that ultimately the Civil Rights Act of 1964 “ended” racism and we have been living happily ever after ever since. I eventually realized that U.S. history is much more complicated and racist than I was led to believe and that racial injustice still happens to this very day. Many people tend to forget that the Civil Rights movement happened only 60 years ago; The people alive during that time are still alive today.

Education should not be indoctrination, the 1776 Commission will be an attempt to teach children propaganda and gloss over the country’s horrible actions, essentially erasing history. Trump wants us to believe that it’s bad to criticize the U.S., but our entire history is based on criticism. Criticism led to abolishing slavery, securing voting rights for women and African Americans and establishing anti-discrimination laws; It is a tool that has been used to fight for justice and create the America that was promised from the beginning. The effort to fix injustice requires a holistic education and exercising a critical mind, only then can actionable solutions occur. Only then can we create a country that all Americans can be proud of.