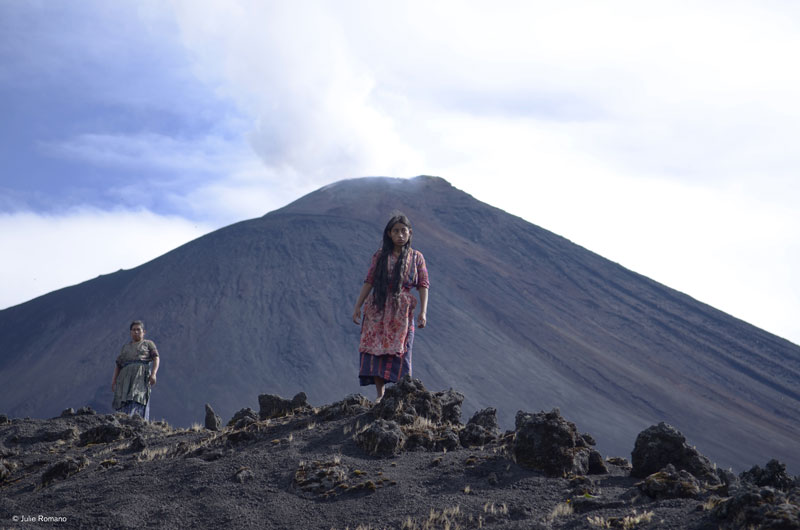 Hispanic Heritage Month — which goes from Sept. 15 to Oct. 15 — recognizes the vast contributions from the Hispanic and Latinx communities. While Latinx representation has significantly improved over the past decade, particularly in TV programs this past year, Hollywood still fails to acknowledge and include Latinx filmmakers.

Part of this is due to the fact that the film industry doesn’t understand the complex identities of Latinx people, especially Latinx filmmakers, writer-director Diana Peralta explained to Variety. “The industry doesn’t understand where U.S. Latinx filmmakers and talent fit in,” said Peralta. “We’re not ‘Latin’ enough, but we’re not ‘American’ enough for them either. It’s the common ‘ni de aquí, ni de allá’ [neither from here nor from there] problem.”

Building off the list of films from last year’s roundup, here are five films that push the limits of representation in front of and behind the screen. Ranging from the United States to Chile, each of these films explores different lives, cultures and genres. Regardless of your primary language, these films are sure to evoke deep emotions.
“How to Get Over a Breakup” (Soltera codiciada)
Country: Peru

Synopsis: María Fe (Gisela Ponce de León) is a young copywriter enjoying life in Peru. But when her longtime boyfriend, Matías (Andrés Salas), suddenly dumps her over Skype, she doesn’t know how to recover. Sad, scared and lost, María Fe must relearn how to be single again after being in a relationship for six years, which is what inspires her to start an online blog to document her journey. With the help of her roommate and some friends, María Fe learns more about herself and the kind of life she wants to live.

Blending comedy with elements of love and friendship, the film follows the ups and downs of a breakup experience in a realistic and hilarious way that makes for a great overall movie experience.

Synopsis: Based on the book by Joesfina López, the film follows Ana Garcia (America Ferrera), a first generation Mexican-American girl just trying to get by. Fresh out of highschool, she dreams of moving away to attend college but her traditional Latinx parents believe she should stay home and help their family. After much dispute, Ana and her parents come to an agreement and decide that she will work with her mother at a sewing factory during the summer. During her time there Ana meets other Latina women, learns about their struggles as immigrants and eventually bond over their intersecting identities as Latinas in the United States.

Highlighting the deeply embedded machismo and fatphobia in Latinx culture, especially in the U.S., “Real Women Have Curves” is a raw and heartfelt story of life as a fat Latina. Blending cultural humor and experiences, this film will have you crying, laughing and growing alongside Ana.

Synopsis: After her husband deserts her and her two children, Mariana (Paola Mendoza) moves to the United States in hopes of providing for her 10-year-old, Gabriel (Sebastian Villada Lopez), and 6-year-old, Andrea (Laura Montana Cortez). Arriving in Queens, New York, Mariana is barely able to speak English and struggles to maintain an income. In an attempt to scrap together some money, Mariana and her children take to the streets to sell her homemade empanadas, but they’re they’re unsuccessful and soon turn to collecting cans in order to survive. This film is a deeply intimate story of survival and the immigrant experience in the U.S.

Documenting the harsh realities of immigrating to the U.S. as a single mother, “Between Us” is a powerful and emotional film that will bring tears to your eyes and pull at your heartstrings. While it represents one of the many different kinds of experiencess as an immigrant, it remains a critical example of the obstacles many families have to overcome.

Synopsis: Chile,1988. After 15 years of dictatorship and years of facing international pressure, Chilean dictator Augusto Pinochet is forced to call for a referendum on his presidency. The question: whether he should remain in power for another eight years or whether the country should instead have a democratic election for the next president. In other words, Chileans have to vote “YES” if they want to keep Pinochet in power, or, vote “NO” if they want him out of office. As per the title of the film, the story follows the opposition leaders for the NO campaign and centers around the innovative ideas from one young advertising executive, René Saavedra (Gael García Bernal). Although René is harshly criticized by his colleagues for his joyful and upbeat ads, his approach eventually proves to be successful and provides the people of Chile with an overwhelming sense of hope to vote “NO” and remove Pinochet.

Not only is this film an example of excellent filmmaking, but it highlights the dark and often undiscussed history of dictatorship in Latin American countries. Exploring the radical joy and optimism proposed through René’s advertisements, viewers are left inspired by the uniting power of music and film.

Synopsis: Set in a small village on the side of a volcano in Guatemala, the film follows María (María Mercedes Coroy), a young Indigenous girl who is arranged to marry the foreman of the coffee plantation that she and her family work at. What her family doesn’t know is that she is in love with Pepe (Marvin Coroy). Pepe dreams of moving to the United States and promises to take María, who is fascinated with his stories of America. But when she becomes pregnant, Pepe leaves her. Her family is furious when they learn of her pregnancy and they try various folk remedies to induce abortion, but nothing works. María is then sent to a local hospital after being bitten by a snake where she is told that her baby died.

Blending themes of female sexuality, tradition and life, this film highlights the lives of those who are often pushed aside by mainstream Hollywood. From beautiful cinematography to incredible and raw acting from the entire crew, this film remains a critical piece of Latinx and Indigenous art.