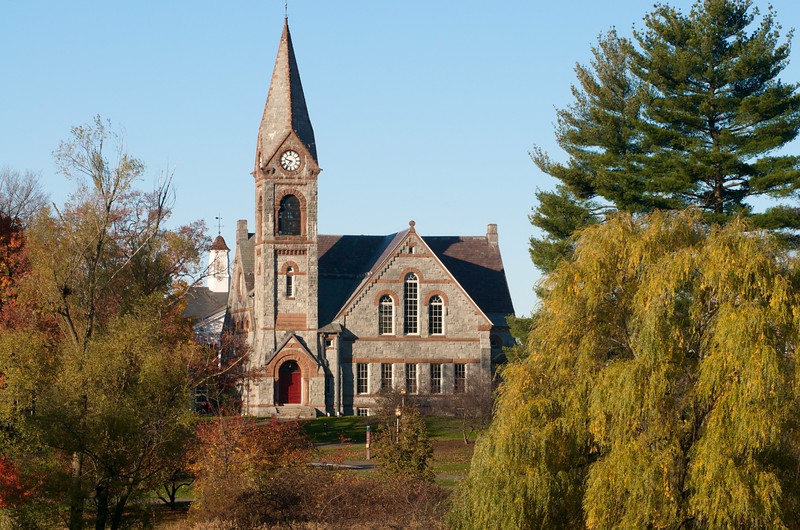 Adjusting to online classes as a college student is hard enough. Throw in countless hours of creating social media posts, a deadline to collect two-hundred signatures and a lengthy debate, and it all seems impossible. Candidates running for president or vice president of UMass Amherst’s Student Government Association (SGA) faced all of these things.

The election process began last school year. Candidates started campaigning and collecting signatures in March 2020. They reached debate day when UMass sent an email to all students that they would be sent home due to COVID-19. SGA put a halt to the campaign process until this fall, when candidates could no longer rely on in-person interaction with other students.

“Nominations were really different,” Epstein said. “Usually you have your friends sign your form. Then you go to dining halls [and] just walk up to random people. [You say] ‘Hey, this is what I’m hoping to run on. Will you help get me on the ballot?’”

Candidates needed to collect a total of 200 signatures from UMass students to get their names on the election ballot. All three tickets turned to social media to connect with students to get the signatures they needed. Social media worked very well for Epstein and their running mate, Jennie Chang’s campaign because their friends shared the content they posted online. The ticket posted infographics about themselves and on Instagram, Twitter, and Facebook. Epstein and Chang also set up a friend bank where people could call in to a Zoom meeting and learn about their campaign.

“Jennie and I are really lucky to have so many [of our] friends believed in our vision as well who really helped spread our form and so we were able to get all of the signatures… fairly quickly,” Epstein said. “I know that a lot of the other tickets struggled a lot more.”

Vo struggled to get signatures more than Epstein did because he has social anxiety.

“I do have some sort of social anxiety…. that sort of got worse when it came to online,” Vo said. “I was reaching out to friends that I haven’t reached out to in quite some time, and I hate that feeling. If people know anything about me, it’s that I value genuine connections and genuine bonds.”

It is much easier to form genuine connections with students in-person, according to the candidates. Presidential Candidate Kyle Kendall attributes a drawback of his campaign to him not being able to reach a specific group of students on social media.

“I think the biggest issue is because I’m not too big on social media. I had really no contacts with the incoming freshman class and I think that kind of was a huge loss in the election,” Kendall said.

SGA elections take place in the spring semester of a typical school year, which means next year’s freshman class are not on-campus until the fall. This year was different due to COVID-19, however, because elections took place this September with the new freshmen enrolled. The freshmen played a large part in this election according to Vo.

“I think the freshmen did make a huge difference,” said Vo. “The freshman class is a lot bigger… I think that if we did the election in the spring, we would have had a lot less votes.”

Candidates participated in a debate over Zoom which was hosted by the Massachusetts Daily Collegian and the Rebirth Project on September 20th.

“When we got the news, I just started crying,” Epstein said. “I was so in shock that we had won and won by so much.”

“A low I would have to say was getting sitting there the night when we got the results, finding out that it was a loss of over 700 votes. That was not what I was expecting. I was expecting it to be much closer, maybe 100 votes off,” said Kendall.

Kendall says Epstein and Chang are a good fit for president and vice president, despite his loss.

“Even though we lost the race, the student body is in great hands with Sonia and Jenny,” said Kendall. “They’re both amazing leaders….And I’m looking forward to working with both of them in whatever capacity that might be this year.”

Some of Epstein and Chang’s platform points include protecting the rights of student workers, bringing more diverse counselors to the Center for Counseling and Psychological Health, focusing on the Racial Justice Coalition’s demands, defunding the U-Mass Police Department and supporting registered student organizations during COVID-19.

Epstein thinks both SGA and statewide elections will feature more social media use and phone banking because of the success of the virtual SGA election. All three candidates say campaigning was worth the struggles of adjusting to online.

“Campaigning was stressful. SGA [is] stressful. But if you find a way to do work that does benefit the students, then it is definitely worth it,” said Vo.