The most bewitching TV shows for your late night binging 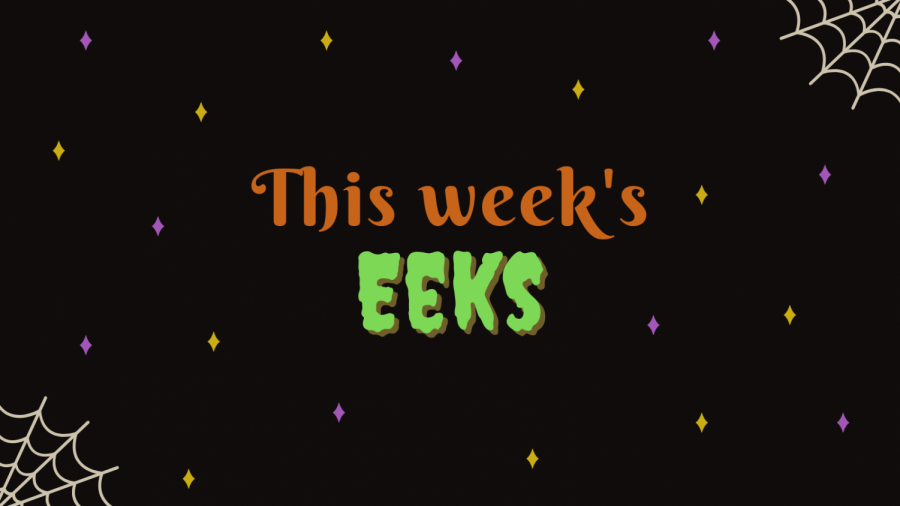 Editor’s Note: This Week’s Eeks is a four-part series during the month of October featuring the spookiest movies, tv shows, podcasts and more to help get you in the Halloween spirit; because even a pandemic can’t stop the things that go bump in the night.

For This Week’s Eeks, I thought it only fitting to recommend some of my favorite spooky tv shows for those of us who don’t have time to sit through a whole movie; or on the other end of the spectrum, for those who need a list to binge far past the witching hour. Pick your poison and settle in for a night full of the ten best shows on TV to put you in the Halloween spirit…or spirits.

Many fans, including myself, were delighted to hear that another haunting was coming to Netflix this month; season two, “The Haunting of Bly Manor.” And while I enjoyed the second season, there’s something so chilling about the first season that just can’t be topped. The first season is hands down, the scariest tv show I’ve ever watched. Each episode plays like a mini horror movie, with plenty of jump scares, terrifying ghouls, psychological terror, and not to mention, a fantastic cast of characters to (unfortunately for us) fall in love with. The Haunting of Hill House is a must watch for spooky season.

While many fans of Ryan Murphy’s American Horror Story may disagree with me, my all time favorite season will always be Coven. Jessica Lange as Fiona Goode, a witch coven’s “Supreme,” (the most powerful witch of the coven) delivers a powerhouse performance alongside Sarah Paulson, the queen of American Horror Story herself. Witches, monsters, and Voodoo galore, Coven is the perfect show to binge during October for all the spooky feels. Oh, and not to mention Stevie Nicks makes a surprise appearance. What more could you want?

For fans of Taiki Waititi’s 2014 film of the same name, this show is truly a feast. It follows the story of four vampire roommates, Nandor, Nadja, Lazlo and Colin Robinson, and of course Guillermo, Nandor’s bumbling familiar. A “mockumentary” style show, it’s fun, sometimes silly, and downright hilarious. With memorable centuries-old vampires getting up to crazy antics and constantly bickering with one another in their creepy gothic mansion in Staten Island, “What We do in the Shadows” is light, but certainly delivers in enough spooky vibes to sink your teeth into.

If Lovecraft Country is anything, it’s unpredictable. When I sit down to watch each episode, I can be sure that whatever happens, it will be highly unexpected. What makes this show so unique is that it mixes a ton of genres without being convoluted,  from secret societies to ghosts, to time travel, to curses, to monsters and more, not to mention it’s set in the Jim Crow Era, which was terrifying in and of itself. It’s a little hard to describe just what this show is really about, so I recommend giving it a watch and seeing for yourself. You won’t be disappointed.

I debated whether or not to even include this one, since I feel like everyone and their mother has seen and raved about this 1980s ensemble spectacular. But, nevertheless, “Stranger Things” is the perfect science-fiction adventure to watch for this season. It’s very Spielberg if that can be used as an adjective, with its cast of memorable characters and cinema magic, even if it is a Netflix series.

Evil is an underrated show that hasn’t gotten much recognition. The story follows a skeptical psychologist who teams up with a Catholic priest to investigate, and effectively debunk unexplained phenomena, such as miracles, exorcisms, demons and more. The duo makes for an interesting pair, as one does not believe in anything she cannot scientifically explain, while the other is a highly religious believer in the supernatural. It’s definitely an interesting watch, with unexpected twists and turns and its own terrifying moments.

While this show may be a touch silly at times, it is very reminiscent of Wes Craven’s original 1996 flick, with teens attempting to escape the clutches of a masked killer. Although, this TV show also reminds me of ABC Family’s 2010 drama, Pretty Little Liars, in that the killer is always one step ahead of our heroine Emma, and whose identity is not revealed until some time into the show. We question every one of the characters, thinking they might be the killer, until the final reveal. So if you have the wherewithal to stick with it, I would recommend giving this show a try.

What would a Halloween list of any category be without the master of horror himself, Stephen King. Castle Rock is a fictional town in yes, you guessed it, Maine, where many characters, settings, and themes of King’s extensive collection of stories come together in one supremely creepy TV show. The one thing I’ll say about Castle Rock is that it can be a little confusing to keep track of everything that’s happening at times, but it is certainly harrowing and dark, so if that’s what you’re looking for, it’s a perfect fit.

I will always remember the sad, sad day I found out that Penny Dreadful was canceled. But don’t let that make you think it isn’t worth watching. Penny Dreadful is a gripping period drama with plenty of supernatural elements to leave you satisfied and wanting more (unfortunately for fans). The story takes place in Victorian London, the perfect gothic atmosphere for horror, and features some of the literary world’s most iconic characters such as Dorian Gray, Dr. Jekyll and Frankenstein and his monster. And, there’s vampires and werewolves. And Eva Green. Need I say more?

To finish off this list, what could be a better story to watch for Halloween than that of Sabrina the Teenage Witch. However, this new Netflix version takes its own original spin on the classic tale and is much darker and well, utterly Satanic. If you’re not into that, I wouldn’t recommend, but I personally love Sabrina Spellman, her aunties, and the extensive cast of characters she meets on her epic journeys. It can be a little juvenile at times, and very “CW,” but it’s certainly an entertaining watch with witches, covens, magic, demons, Lucifer himself and ample teenage angst.

So that’s it for This Week’s Eeks! Be sure to tune in next time as we continue to trick-or-treat ourselves this Halloween season with more chills and thrills. See you on the other side…