Pledging Allegiance to Our Ears: The Politics of Being Considerate 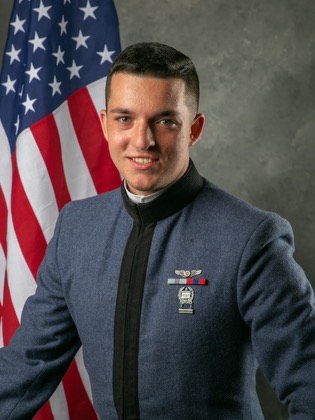 In a time when politics and society are so violently polarized, changing your mind is often seen as an act of treason. But for Brett Drumm, a senior political science major at the University of Massachusetts Amherst, taking on new political ideas has been the opposite: a push towards unity.

Growing up in a household that he describes as “apolitical,” what Drumm lacked in education, he made up with curiosity. The son of a small business owner and the relative of many members of the military, conservative influence sculpted his identity at an early age. By young adulthood, Drumm had followed family footsteps to enroll in military college, saturating himself further in conservative ideology. Things only started to change as bad decisions forced him to leave military school for UMass, where he’d study political science surrounded by liberal-minded peers. As his perspectives widened so did his range of ideas, with his personal narrative’s climax occurring this summer at the peak of 2020’s social tension.

Politics were never the topic of choice at the dinner table in Drumm’s childhood household. In fact, his parents’ political affiliations were altogether a mystery to him. Not even their TV-watching habits gave any clues.

“I would wake up in the morning seeing the news on the TV,” Drumm said. “It was never just Fox News or CBS or just one certain source. What I got from that, even as a young kid, is that I was also getting a different perspective.”

Getting a different perspective in this way was something that he found fulfilling. In middle school, Drumm’s hankering for fresh ideas led him to join Model United Nations, a mock-up of the UN general assembly where students debate with each other over policy issues. As somebody without extensive political savvy, Drumm had to accept a position of humility.

“When it came down to me making a decision on some sort of position in Model UN, I wasn’t always the forerunner because I didn’t know everything,” Drumm said. “I knew that, so I stood back, watched everyone older than me…if I start listening and paying attention, I’m going to be smarter in the end.”

As Drumm’s knowledge grew, so did his confidence in his ability to form rational opinions. Taking inspiration from his environment, he began to identify as a conservative early in high school.

“I started to develop my conservative identity in ninth grade…because my dad was a business owner,” Drumm said. “He was looking for tax cuts. That’s what you look for as a business owner. You look for things that are going to benefit you, especially if it’s a small business.”

This family-first mindset extended to more than just his political beliefs. By the end of high school, Drumm decided that military college was his next step, joining his brother, father, and grandfather in serving the country. He enrolled in The Citadel, The Military College of South Carolina, fuelled by a desire to cultivate personal attributes that his family valued.

“It’s about who I wanted to grow as a person,” Drumm said. “What this school had to offer me, or at least what they wanted to offer me, was advancement, growth, leadership, and honor.”

“Every day was ‘come down, be quiet, don’t talk, look straight, do push-ups, go to class, come back, do more,” Drumm said.

The monotony soon felt increasingly robotic. Ironically, despite enrolling to grow as a leader, Drumm saw his ability to be self-sufficient wane from time spent as a follower.

“It got tough around sophomore year when we weren’t being told what to do,” Drumm said. “We had to kind of figure it out from there, and we had just gone through a whole year where everyone told us what to do. It kind of takes away your ability to think by yourself.”

Later in September of his sophomore year, this state of mind led Drumm down a dark path. According to Drumm, after a night of drinking, he and his sergeant guard participated in acts of hazing, an issue notoriously encouraged within student culture at The Citadel. The incident was reported, resulting in Drumm being suspended for two semesters and six others receiving serious consequences.

Despite his eventual punishment, Drumm was defended by his peers at the hearing he attended. Rather than just appreciate the comradery, he felt disturbed, realizing that his community’s values that meant so much to him were largely performative.

“The cadet creed is that ‘I will not lie, cheat, or steal, nor tolerate those among us who do’…these kids were lying for me, and I did something wrong,” Drumm said. “That’s not how it’s supposed to be.”

Drumm describes himself as being “dragged out” by The Citadel’s higher-ups in response to his hazing scandal. At a mental crossroads, he decided to attend UMass Amherst as a political science major. Looking forward to the comfort of being back in his home state, Drumm didn’t realize that his new school environment would be out of his comfort zone. He had not known prior to attending his classes how liberal-leaning the vast majority of his peers would be.

“Honestly, being in those classes and listening and hearing the stuff I didn’t want to hear and getting aggravated that everyone had a different opinion than me, I felt a little scared to speak on what I thought,” Drumm said.

It took a couple of months before he felt like he belonged in his classes. As he’d done several times throughout his life, he took to active listenership and humility in order to grow into new perspectives.

“Once I got out of that [discomfort], I realized that people might disagree with me, but that’s what college is. Opening your perspective and listening to other people,” Drumm said. “Once I started hearing professors talking about listening to the other side, educating yourself, looking into things, and coming to your own conclusions…it was broadening.”

At the same time that Drumm’s UMass experience influenced internal changes, the world outside of campus was also facing great social upheaval. By 2020, Drumm’s senior year, social unrest reached a boiling point when George Floyd, an unarmed black man, was killed by a police officer. Drumm credits this moment as his turning point, having already begun to seriously challenge his identity with newly-gained perspectives.

“For me, the climax of the movie that we’re now in is George Floyd,” Drumm said. “That’s when I was like, ‘there’s a really bad problem,’ and it wasn’t just Trump. It was the police. It was the culture. It was what I’ve been reading on the other side for so long. Watching it, and people defending it, I came to a conclusion before I even read a single thing about it.”

The impact that George Floyd’s killing had on Drumm convinced him to look harder than ever at the world around him. This involved paying mind to not only race issues, but to a wide range of social issues. Embracing the values of his field of study, he began to realize how often he had been favoring ideas that benefited people like him, rather than ideas that benefited those with different experiences.

Following the death of George Floyd, Drumm switched political parties to better represent his views and usher himself into a new chapter of his life. Nowadays, he says that he feels “very accepting” of himself, as well as “genuinely friendlier.” Having spent so much time listening and learning, Drumm says that he finally feels confident as a voice of his own.

“Be able to look at everybody and know that maybe they’re not you, but they’re a human. If that person was you, what would you want?”