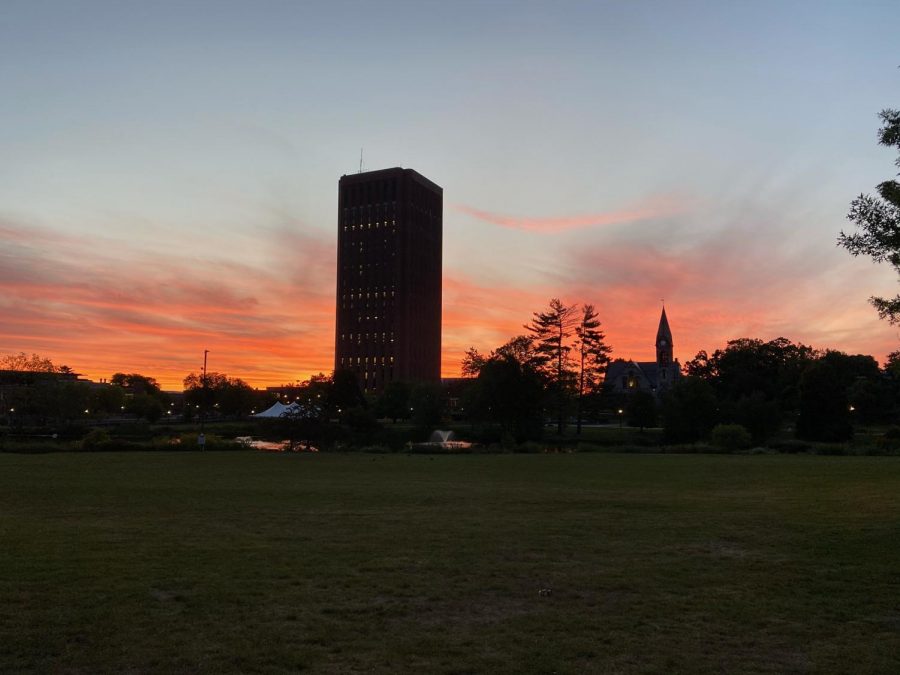 AMHERST – About 195 UMass students are facing disciplinary action by the university due to violating COVID-19 protocols from the beginning of the semester through September.

According to a press release published by the university on October 1, a cluster of 33 UMass students tested positive for COVID-19. All of them socialized together and many attended a party together.

Senior Sociology Major Emily Sateriale thinks that the university is doing the right thing by disciplining students who do not follow COVID-19 protocols.

“I honestly feel like it’s the only thing that would get people to stop going to parties,” Sateriale said. “I feel like, if [UMass] didn’t [discipline the students not social distancing], the numbers would start rising again.”

There are 152 confirmed positive cases at UMass Amherst as of October 17. One-hundred-forty-three students living off-campus and one student living on campus tested positive. Six staff and two faculty members tested positive as well.

Sateriale thinks that a large amount of the UMass student body is not getting tested right now because the total number of positive cases has not increased by much within the past few weeks. She believes that the number of positive cases will increase again and more students want to get tested around Halloween, a holiday that is usually accompanied by many parties.

First-year Graduate Student Ryan Larson says there are students who host and attend parties in his apartment complex.

“It kind of upsets me a little bit that [people who throw parties] are in the same building I am. I don’t even know if people at the parties are getting tested or not, but from the results of the tests, it looks like they’re not,” Larson said.

About 370 students live in his off-campus apartment complex according to one of its’ employees. Residents there share hallways and staircases and are frequently in close quarters with one another, according to Larson.

“It’s frustrating that when you’re living in a big community like this, one or two people could spread it amongst so many more,” Larson said.

Both Larson and Sateriale support UMass disciplining students who party and do not practice social distancing. Sateriale does not know which course of action is more effective for the university to take: fining or suspending students.

“A fine is one thing that is over with [quickly] which still can be difficult for people, but I feel like suspending someone and then making them to continue paying the amount of money that school is is kind of tricky,” Sateriale said.

Larson supports the university suspending students more than fining them.

“I don’t know if it’s the university’s place to fine people, but I don’t think it’s out of their jurisdiction to suspend people at all…,” Larson said. “It feels crappy to get suspended from school for wanting to have a social life. But I also understand that the university [has] some level of power to say, ‘we’re in unique circumstances, you have to behave in a unique way.'”

UMass Amherst urges students who live off-campus to get tested for COVID-19 twice a week.

If you have a new symptom of COVID-19, text SYMPTOM to 413-944-8562 to make an appointment for symptomatic testing at University Health Services.