Is stardom truly that lonely? 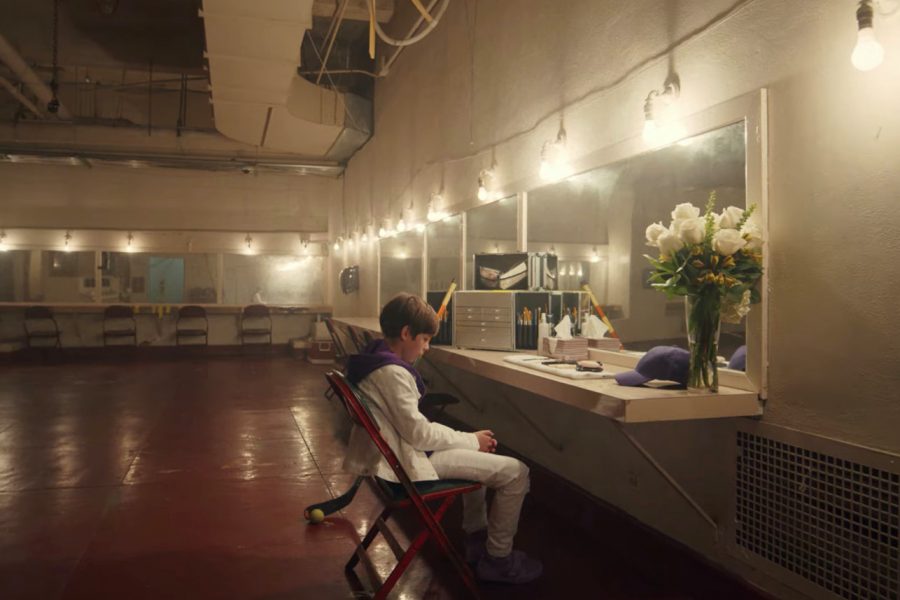 Justin Bieber has been stealing hearts since 2009 and has continued to do so over a decade later. I, like many others, grew up in the era of Bieber, and while we might’ve grown up with him, he grew up in front of us all. The singing sensation, who was just 13 when his career began, was placed under a microscope. The world witnessed every high and every low.

Bieber, now 26, has released a track with DJ, producer and songwriter Benny Blanco called “lonely.” The record packs an emotional tidal wave in its two and a half minute run time. Set to a minimalistic piano, Bieber’s voice is powerful and unhinging. Alongside the track, a soul-crushing music video with 14-year-old actor Jacob Tremblay playing a young Bieber. From the all-white denim set down to the purple high top sneakers, there’s such a deep sense of nostalgia that it’s almost unsettling.

Chilling vocals and visuals aside, the heart of the record is in the lyrics. In an interview with Billboard Blanco said, “[Bieber] was real nervous. He was like, ‘S—. Should I be putting this out into the world?’ Because he’s like, ‘People know me for this thing and it’s like I’ve never been this raw.'” This definitely feels like Bieber’s most vulnerable track to date. No hidden meanings. No vague notions. Bieber lets his honesty bleed out onto the table. However, Bieber’s new record poses a question within the lyrics: “What if you had it all with nobody to call?” How would anyone cope with the overwhelming exposure in a time that is already so confusing? Is childhood stardom it truly that lonely?

Adolescence isn’t easy for anyone, let alone when everyone knows who you are and what you’re doing. In a 2018 study conducted by the BBC, data showed that levels of loneliness were actually highest among 16 to 24 year olds, with 40% saying they often or very often feel lonely. So, at an age that is already polarizing, what would it feel like to be at the top of the world where no one can reach?

To open with “Everybody knows my name now / But somethin’ ’bout it still feels strange,” felt like the perfect way to set the stage for the road Bieber was about to go down. He paints a picture of what he experienced on the cusp of adolescence. For me the line, “Maybe when I’m older, it’ll all calm down / But it’s killin’ me now,” hit a chord. It forced me back to when I was younger, hoping that when I was older things would be different, better. This moment humanizes Bieber, a figure who’s felt so isolated and untouchable, transforms into any other teen.

Bieber might not have known what he was getting himself into when his career began. At his core, he was just a boy from Canada with a passion for music who had been handed the opportunity to follow his dreams. I think anyone of us would’ve taken that chance at the ripe age of 13. However, once you’re in it, things might not be as glamorous as they seem. “Everybody knows my past now / Like my house was always made of glass / And maybe that’s the price you pay / For the money and fame at an early age,” Bieber croons. To grow up in the eyes of the public, to have everyone see all aspects of your existence, sounds pretty daunting.

Bieber follows up with, “And everybody saw me sick / And it felt like no one gave a shit / They criticized the things I did as an idiot kid.” Bieber’s late teens were far from graceful. Whether it was the Anne Frank house debacle, the tragedy of public urination or misdemeanor vandalism, the pop star had quite a few missteps and for every single one, he was crucified. Yet, for half the things Bieber did, I could name about five of my high school friends who’ve done the same or worse. He wasn’t given room for marginal error due to his status, as if he was meant to be perfect at every turn.

His age, his errors and the lack of forgiveness feel like a lethal combo, one that could take a toll on anyone. In a candid Instagram post from September 2019, Bieber laid out the struggles he had coping with fame. “I was 18, with no skills in the real world, with millions of dollars and access to whatever I wanted. This is a very scary concept for anyone,” Bieber wrote. “By 20 I had made every bad decision you could have thought of and went from one of the most loved and adored people in the world to the most ridiculed, judged and hated person in the world.”

Bieber isn’t the first childhood star to crack under the pressure and he surely won’t be the last. Let us not forget Miley Cyrus and the year of twerk or Demi Lovato’s violent plane incident. We can’t pretend to imagine what it feels like to have the eyes of the world on you, yet we find it hard to have sympathy because it feels like a life they chose. When you’re a kid you wouldn’t know any better, so you know what they say about letting those without sin. In a time of being more aware of mental health, we must be conscious that those in positions of stardom struggle with the same things we do. We must learn to find that sympathy, rather than turning a blind eye or casting ridicule.

Bieber and Blanco’s “lonely” is streaming on all platforms.