Far right extremists are getting bolder with plots to kidnap U.S. governors 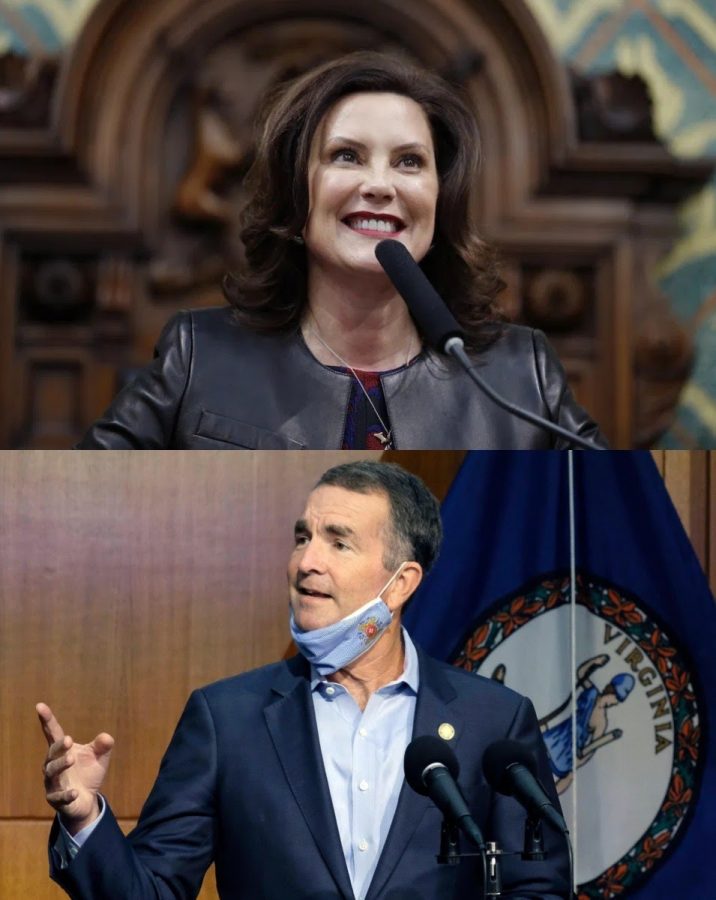 Members of an antigovernmental paramilitary group plotted to kidnap democratic governors ahead of the election.

Michigan’s Democratic Governor Gretchen Whitmer was the first to make national headlines in the past few weeks, as 14 men are now accused and have been arrested for plotting to kidnap her. Federal documents filed in court the week of Oct. 15th state that undercover employees of the FBI helped foil the plot before the group could successfully enact the kidnapping. The informants recorded group meetings and “had access to group or individual texts, online chats, and phone calls.”

A criminal complaint was issued charging Adam Fox, Barry Croft, Ty Garbin, Kaleb Franks, Daniel Harris, and Brandon Caserta with “conspiring to kidnap” the governor, among other charges. The other eight men were not formally charged with conspiring to kidnap but were charged with their various state offenses for their roles in the plot. One of the men, Brian Higgins of Wisconsin, was recently released on bond. A judge ordered three of the six men to be held without bond until the day of the trial. The trial date has not been set quite yet, but Higgins, the only man who was not from Michigan, is currently being extradited to Michigan after his arrest.

The FBI had become aware of the group in early 2020 through social media, as various members of the group had made mention of “the violent overthrow of certain government and law-enforcement components.” Croft and Fox were two of the people making these statements on social media as they also talked about plans to “unite others in their cause and take violent action against multiple state governments.” The group had multiple meetings in Ohio days after President Trump started sending out tweets for people to “LIBERATE Michigan” along with Virginia and Minnesota. They also made many attempts to recruit militia groups and more members to take up the kidnapping task. The plot involved 200 men storming the Capitol building in Michigan where they would “take hostages” and try Whitmer for “treason” before the November elections. Adam Fox, one of the more prolific leaders of the group, said in one of these meetings that one of the reasons for kidnapping Governor Whitmer was his distaste for the way she was “controlling the opening of gyms.” Fox also sent out many messages through a private Facebook page talking about the kidnapping and telling his fellow group members to get prepared.

Democratic Governor of Virginia, Ralph Northam, was also briefly brought up in a number of meetings. He was brought up in a few of the recorded meetings only days after “Trump falsely claimed in a recent interview on Fox News that Northam, a supporter of abortion rights, had “executed a baby.” While the group can not be tied to Trump, they did make mention of him in many of their meetings and seem to have been spurred on by the tweets and words of the president.

Whether the men were deciding to kidnap these governors out of their own accord or were spurred on by the words of politicians, there is no doubt that the foiled plan was not only undemocratic but unamerican. Whitmer spoke on “Nightline” recently about the event, saying “It really is something that is so personal and so serious. If you heard this fact pattern and you are describing something like ISIS, you wouldn’t be surprised. This is happening right here in the United States of America. That’s domestic terrorism.” This is yet another example of unrest turning into action coming from extremists. After this past year, there has been a clear increase in political divisiveness, pushing people normally interested in politics against each other, and pushing extremists even further. While it would be hopeful to say that the unrest will fade after the election season, with elections coming in less than two weeks, and a Supreme Court addition possibly even sooner, it seems that there is probably more to come.