Ashton Irwin comes into his own with solo album  “Superbloom” 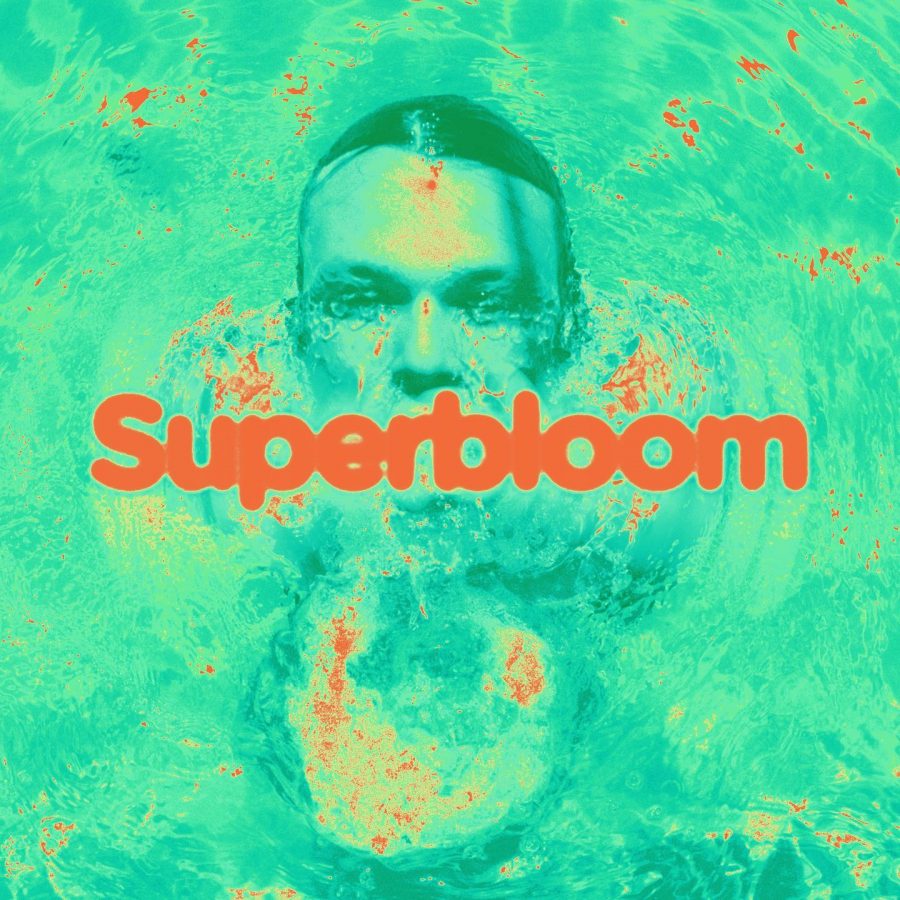 When fans hear Ashton Irwin their first thought isn’t a singer. The 26-year-old Australian native’s most well-known as the drummer for 5 Seconds of Summer, a pop-rock band he’s been with since they formed in 2011. If any of the members were to have a solo project, heavy bets would be placed on lead singer Luke Hemmings, so it was a shock to fans and listeners alike when Irwin announced a solo album in late September. Fast forward to October 23, Irwin’s debut album “Superbloom” made its way into the world.

The ten-track project screams classic and psychedelic rock, far different from anything Irwin’s done. The album opens up with “Scar” which uses cascading synths that whisk you off into a dream state. The drums come in prominently, still displaying Irwin’s instinctual talent. When his vocals come in I gasped for air, they were smooth, and yet there were hints of Kurt Cobain and The Beatles; an odd, but calming combination. “Scar” is such a vibrant and strong start to the album, showing listeners that they are truly in for a show. This transitions into “Have U Found What Ur Looking For?” which, like “Scar,” follows that same rock n roll energy. “Have U Found What Ur Looking For?” has the energy of a record that could be an anthem, it’s loud and powerful.

Things come to a slow on “Skinny Skinny.” Opening solely with the plucking of an acoustic guitar, “Skinny Skinny” feels deeply personal, as Irwin recounts his personal struggles with body image and self-love. The first verse lamenting, “My second face, my damn reflection / We always meet when I’m defeated / You tear me up all of the time,” paints such a vivid picture of what it’s like to look yourself in the mirror. For me it’s the second chorus that strikes a chord as Irwin says, “I wanna eat / I wanna stay thin / I wanna dance, but I gotta stay in,” a feeling I know all too well. Next is “Greyhound” with hands down the best instrumental break on the album between the second chorus and bridge. The bridge alone is insanely powerful as Irwin screams “Round and round / Round and round / Round and round / We lose the chase for nothing.” In a live-stream about the album, Irwin mentioned that this song was rooted in his childhood, from visiting greyhound training grounds, knowing the greyhound would be shot dead if it didn’t make first.

“Matter of Time (Interlude)” felt like such a subtle way to allow listeners to process everything they heard in the first four tracks. The interlude is soft, but still loaded with hard-hitting lyrics like, “Everybody’s got the chance to turn it around / Rebuild it like a vase, or a shattered crown.” This is followed by “Sunshine” which opens with a string section that sends shivers down your spine. This record feels the most psychedelic, bringing me back to The Beatles during the “Abbey Road” era. From the psychedelics of “Sunshine,” listeners are greeted with “The Sweetness.” With the first two notes reminiscent of Black Sabbath’s “Paranoid,” Irwin’s “The Sweetness” goes in a whole new direction. While repetitive at first, instruments are added on with every new count until the music swells before dying out of Irwin’s soft vocals. These vocals feel like whispers in your ears, begging you to sway like a flower in the wind.

The calming whispers are then cut short, as Irwin shifts back into high gear for “I’m to Blame.” Led with the banging of his drums, “I’m to Blame” has a mixture of electric guitars as well as a soft piano that plays a daunting melody. It feels like a track you could use for a Paso Doble and then out of nowhere the tension dissipates and it’s just Irwin and an acoustic guitar. His ability to keep you on your toes is impeccable. Winding down, Irwin switches it up again with “Drive.” Ditching the classic rock vibe, he trades it in for alternative indie rock, like that of Glass Animals or The Arctic Monkeys. “Drive” feels so different from the album and yet it still feels like it’s exactly where it’s supposed to me. It’s “Perfect Lie” that closes the album and Irwin finds himself back in the lane of psychedelic rock. The cadence is just as eerie as that of a dark ‘80s synth track. Lyrics like, “Everybody fakes it till they make it / Everybody loves it till they hate it,” that drive home Irwin’s point of being able to tell the “perfect lie,” his ability to sell what he needs when he needs to.

“Superbloom” is a sonic rollercoaster. Listeners should be awestruck by Irwin’s musicality and creativity to write an album that seems virtually flawless. It makes me apologetic to have doubted his capabilities. Irwin should be seen as a dark horse in the running, with the possibility of reaching the heights of artists like Harry Styles and he shouldn’t be taken for granted. “Superbloom” has the magnetism listeners yearn for in a record giving you everything you didn’t know you needed. His journey of self-love, self-acceptance and overall growth is profound and unexpected. Irwin wrote a record that could blow us all away, proving himself to be more than just a drummer.

“Superbloom” is now streaming on all platforms with “Superbloom: A Live Concert Film” airing October 30.