What can the Celtics do to help get themselves back in the Finals? 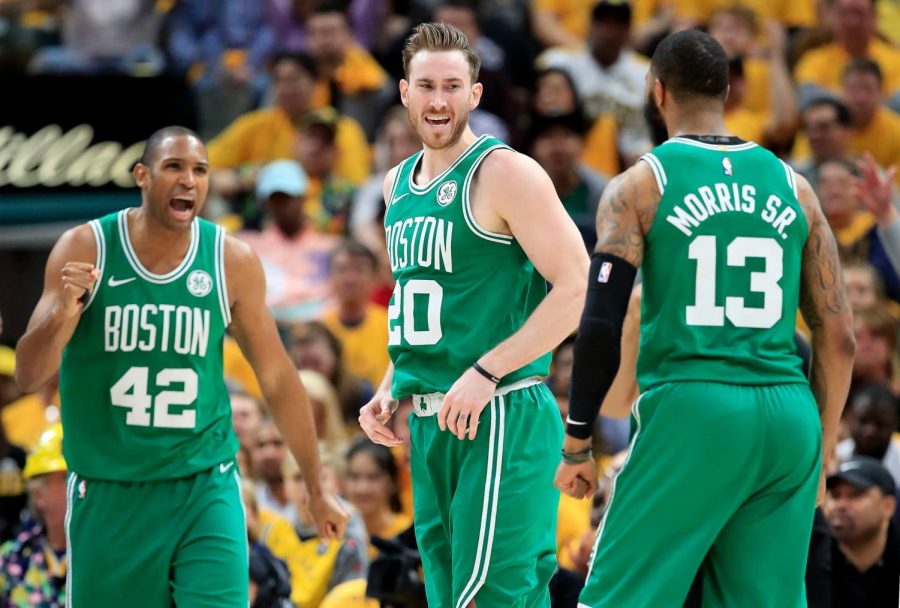 With another disappointing Eastern Conference Finals loss, the Celtics will look to make moves this offseason to get them to the Finals. A championship is needed more than ever now that Lebron James and the Lakers tied the Celtics franchise record for most Finals wins. There are moves that Celtics could make in free agency, trading, and in the draft to help them take the next step. The roster the Celtics have now is very good but it was shown in their Conference Finals performance that it was not enough to win it all.

With all the guaranteed money the Celtics will have to pay this year to Gordon Hayward and Jaylen Brown, there are not a lot of huge signings they could handle. The Celtics luckily do not need another star-caliber type player. What they need are role players. Types of players that can shoot threes and play defense. “3 and D” type players are what help good teams win the important games. All the Celtics need is a solid center to help with defensive rebounding. These are the players that the Celtics should consider signing.

1. Jae Crowder
This signing makes a lot of sense. Crowder has already played for the Celtics and the fans really enjoyed him too. He has gotten better since he left and his role would not be as significant as it was before. He would be a solid scorer coming off the bench and can also play our style of defense meaning he can switch off players and cover 1 through 4. That is important for the Celtics because they do a lot of switching while on defense. He could possibly take a friendlier contract to help the Celtics save some money for even more help.
2. Kentavious Caldwell Pope
Pope showed his value in the finals this year by turning into one of Lebron’s most trusted shooters on the team. With Danny Green going ice cold for the playoff run, Pope stepped in and did not disappoint. His defensive skills are not as good as Crowders but the Celtics need more catch and shoot players. He is someone they should not ignore. The Lakers are going to try to keep him but he should still be on the Celtics radar.
3. Marcus Morris
Another old Celtics player that they should consider bringing back if he decides to opt-out and leave the Clippers. Morris would help bring more toughness to this team and just having more veteran presence is helpful when you have young star talent. Morris can shoot the 3 and can defend pretty much anyone on the court. This would be a more expensive signing but if other teams can make it happen, the Celtics can as well.
4. Jerami Grant
Grant is a power forward who has developed a decent 3 point shot. He is a good defender and most likely will not be expecting a huge contract. This signing would help give the Celtics a better paint presence but it is important to understand that his versatility on the defensive end would complement the Celtics style of defending.
5. Christian Wood
Wood emerged this season with the Pistons and showed some major talent. Another versatile big man that would fit in the Celtics defensive scheme nicely. This signing would be harder though because Wood’s is expecting a decent contract and the Pistons really want to hold on to him. There are probably many more free agents the Celtics could realistically sign but these are the ones that stuck out to me the most.

Talking about trades can be hard because the Celtics General Manager Danny Ainge does not like to pull the trigger but there are some ideas that they should consider exploring.

Trading for Myles Turner
This trade would be hard to pull off but it is not impossible. The Celtics need a shot-blocker and rebounder while the Pacers need more scoring help. There are a lot of questions in Indiana about Victor Olidipo and if he’ll go back to what he once was. With this in mind, the Pacers may look for a solid scorer to make a move on. This is why the Celtics could offer Gordon Hayward for Myles Turner. There would probably be more involved with the trade but both teams could benefit from getting these players. I personally think it is time to move on from Hayward and this would save the Celtics a lot of money which they will owe Hayward this season. Hayward could help the Pacers as another solid scorer.
Trading for Andre Drummond
Assuming that Drummond will opt into his payday from Cleveland this season, this is another situation where trading Hayward could make sense. The Celtics would get arguably the best rebounder in the league which is something they desperately need. The Cavaliers would also benefit because they would be getting a solid 20 point scorer which could possibly help bring in some money for the team. Cleveland has no star player and Hayward could fill that void as they rebuild.

Predicting low draft pick talent in the NBA can be tricky but there are a few players in the draft the Celtics should consider. Since they have the 14th pick the most realistic pick could possibly be Aaron Nesmith from Vanderbilt or Saddiq Bey from Villanova. Neither of these players will probably make an immediate impact but the Celtics could get them with the 14th pick and hope for a Tyler Herro type hidden gem. My College Basketball knowledge this season is low but these two were known in college for being catch and shoot players and could possibly help us in that category.

The Celtics need to make some moves this offseason to get them past the Eastern Conference finals and all these could help them win it all. But it’s not just about the players. The head coach of the Celtics Brad Stevens needs to step up next season. There were too many times in the bubble this season that the Celtics froze in close game situations. Instead of running plays to get people open at the end of games, the Celtics would turn to one on one isolation basketball. This method can be effective but when the Celtics play solid team basketball, they are at their best. Stevens needs to push this in the offseason. Tell players to leave egos at the door and play for the team. As good as Jayson Tatum is, he made a lot of bad decisions at the end of playoff games. Things like forcing a shot in a double team, turning the ball over, or forcing a bad/unnecessary three-point attempt. Stevens needs to coach this out of Tatum if he wants to take the next step into superstardom. The core of the Celtics is really solid, they just need a few more tweaks to turn into a real championship contender. If Tatum can take that step and the Celtics make some moves they will be back in the Finals in no time.