A whirlwind of a Presidential election 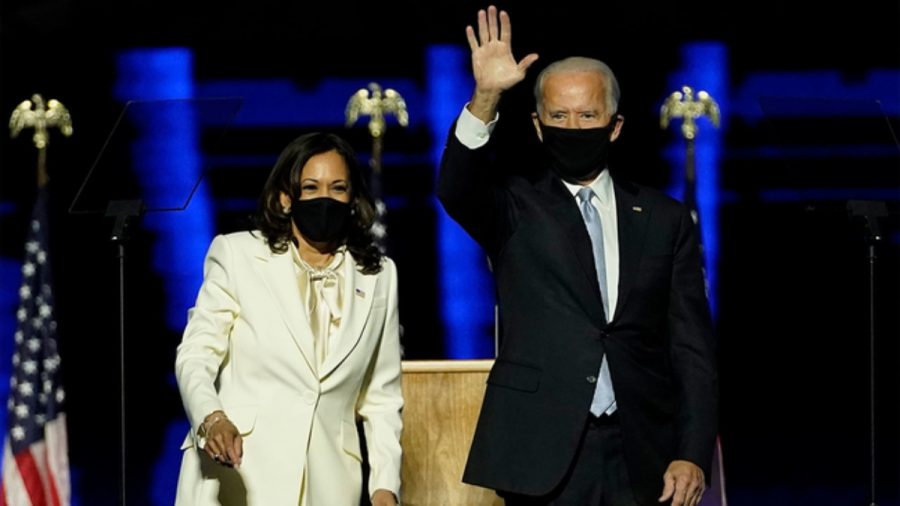 After four arduous days of streaming every news platform on every technological device we owned and refreshing Twitter every five seconds, America finally received the election results.

On Saturday, Vice President Joe Biden and Sen. Kamala Harris have officially become the president-elect and vice president-elect for the next four years, making Donald Trump one of the few incumbent presidents to lose in his race for a second term.

The results brought a lot of conflicting emotions throughout the United States.

Cities such as Los Angeles, Atlanta, New York City and Philadelphia were rejoicing with fireworks, cupid shuffles and flooding liquor stores with smiles from ear-to-ear. London and Paris celebrated for us too, with fireworks and church bells.

Nonetheless, there are quite a few Trump supporters on Twitter and in person that are calling for a recount and claiming that the election was fraudulent, even though there has yet to be evidence for this.

I asked Instagram and Facebook how they were feeling about the election results and the UMass community, a diverse group of about 30,000 students, has some opinions to share about them.

“I’m sad,” said junior economics and linguistics double major, Aidan Mazagonwalla. “I’m sad we live in a system where this is a victory and sad that the margin was so close. I had hoped that a sweeping victory would send MAGA people a ‘shut up’ message.”

Every day was unexpected, as the American people saw several states go back and forth from red to blue and back again. And with Trump’s heavy cult-like following, it’s no wonder that the Republican numbers were so high.

“From Biden, I am hoping that ‘nothing will fundamentally change’ and that some of the more egregious crimes of [the Trump] administration will stop [or] slow down. I’ve found with Biden it’s best to keep the bar low,” said Mazagonwalla.

“A small amount of faith in this country has been restored for me,” said Joe Ferry, a junior political science major. “I felt like America was slowly falling apart, to be honest. When you have a ‘leader’ that acts the way he does, it’s hard to picture anything positive for the future.”

Trump’s rhetoric and actions are notorious for being more suited for entertainment than presidency. Now with a new president-elect, there is hope for the future.

“I’m hoping [Biden and Harris] will slowly start dismantling all of the policies Trump began, especially rejoining the World Health Organization and Paris Climate Agreement. I do worry that this will create more polarization among Trump supporters/moderates and loyal Democrats though. Unfortunately, there is no better solution,” said Ferry.

However, despite having hope in our new president-elect and vice president-elect, does not mean that we can trust them completely, as both Biden and Harris have a past that raises questions.

“We shouldn’t forget all the atrocities Kamala and Biden have also committed… and [we need to] hold them accountable for the shit they’ve done,” said Gionel Montero, a junior accounting major.

Montero further explains, “I think the best way to reach an outcome where we could be represented with the updated versions of who they truly are, (versus everything that’s already been put out into the media about them), would be for the citizens of the US to continue being so outspoken on so many of the terrible things that have happened this year. [We have to] keep on protesting, keep on demanding change, keep on pushing those in power to do something about everything.

If we get the same ‘I don’t care’ attitude that we did from the [Trump’s administration], then it just goes to show that everything they built their campaign off of would have just been a facade to be able to advance with whatever hidden agenda they’re actually playing towards. Unfortunately the only people they’ll actually hear directly from are those who are lucky enough to be given the chance to consume some of their time and hopefully whoever it may be, will take the opportunity to bring those topics into the spotlight,” says Montero.

A main goal from the Biden/Harris administration made clear from Biden’s first speech, is that they want to unite a country with such a deep divide embedded in it.

Mazagonwalla thinks it’s too deep a divide to fix so soon after Trump leaves office. But others are hopeful.

“I think Biden specifically is a very genuine person, unlike Trump. I think some of Trump’s most loyal supporters will see over the course of Biden’s term that there’s no denying that Trump was not a leader. He just created further division and unrest in this country that will take years to undo, but I am confident it will happen eventually,” said Ferry.

Montero believes something similar. “There’s already an extreme amount of hostility and divide amongst the American people that should have been diminished throughout the past four years, but was nowhere near a priority for 45. Nothing’s impossible, but it’s definitely a hurdle that’s gonna take more than Biden and Harris to jump [through].”