New England cools the Jets in a 30-27 victory 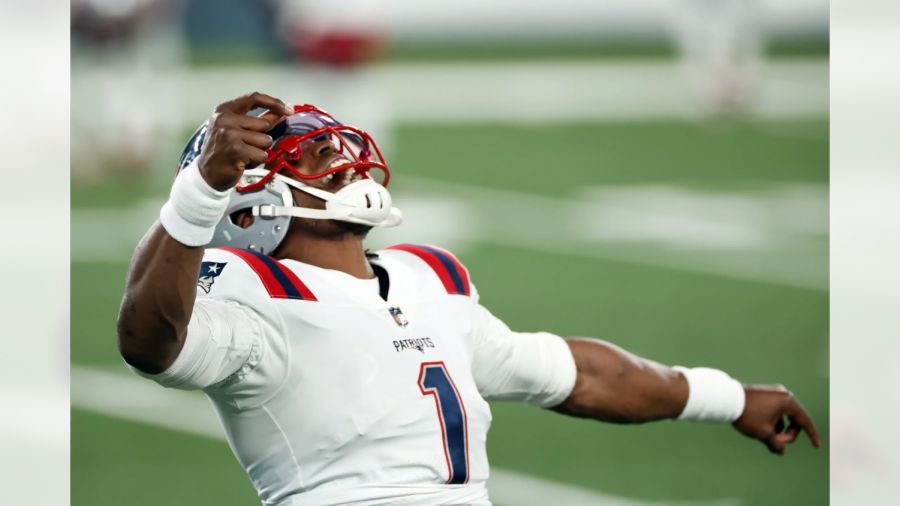 The NFL’s trade deadline has come and gone, and the Patriots displayed their win-now mentality is still intact after holding on to the reigning defensive player of the year, cornerback Stephon Gilmore. They did, however, trade a 2022 conditional seventh-round draft pick to the Miami Dolphins for wideout Isaiah Ford. The 6’2” pass-catcher out of Virginia Tech may not be the flashiest player, and may not be the solution to the Patriots’ lackluster receiving corps, but he is a consistent, hard-working athlete who almost never drops passes. In the eight games he played in 2019, Ford caught 23 passes on 35 targets for 244-yards. This year, he appeared in all seven games for the Dolphins before being traded and logged 18 catches on 29 targets for 184-yards. Of those catches, thirteen of them (72%) moved the chains for a first down. Patriots head coach Bill Belichick announced that Ford was not available to play in Monday night’s game, as he waits to clear COVID-19 protocols.

The current Dolphins head coach, Brian Flores, had high praise for the receiver.

“I have a lot of respect and admiration for Isaiah Ford,” Flores said. “He’s someone who worked extremely hard and made a lot of plays for us. He’s team-oriented and put the team first with a great attitude. I really enjoyed working with him.”

Due to state regulations, the Patriots have announced that fans will not be allowed to attend any home games for the remainder of the 2020-2021 season.

The Jets had several absences, as well. Among the most crucial was quarterback Sam Darnold (shoulder). Veteran signal-caller and Super Bowl XLVII MVP, Joe Flacco, received the start. This was his third start with the Jets in his thirteenth season in the league.

New England entered the contest with a 4-game losing streak, and Cam Newton’s status as a starter was most certainly in question. The Patriots’ defense took the field to start the game and had their hands full trying to contain the veteran running back, Frank Gore, who rushed 5 times for 17-yards on the opening drive. His high-IQ playmaking was on display as he broke tackles and traversed through gaps in the secondary. His tough running set up the Jets’ 35-yard field goal.

Meanwhile, the Patriots’ offense got to work early as Damien Harris led the way on the ground and rushed for 12-yards on his first carry of the game. Receiver Jakobi Meyers proved his capability of handling WR1 duties, as he corralled 2 catches for 42-yards. Newton capped off the impressive drive with a 5-yard rushing touchdown, the first opening quarter touchdown for the New England Patriots all season. Newton went an impressive 4-4 for 55-yards on the drive.

New York was able to respond with a long pass to Breshad Perrman for 50-yards and the touchdown. This score would put New York up 13-7.

Before halftime, Newton was nearly perfect as he went 13/14 for 120-yards through the air and added a rushing touchdown on the ground. New York showed their ability to compete as Flacco found Jamison Crowder on a 20-yard pass for a touchdown, and put the score at 20-10 Jets at the halfway point.

New England was able to open the second half with a solid drive. Rex Burkhead led the way with 25-yards rushing and found his way to pay dirt for the 1-yard score to put the Patriots back in the game, trailing 17-20.

So far this season, the Patriots’ secondary has done a phenomenal job of keeping New England in the game even when the offense has put up abysmal numbers. Tonight, it struggled against a Jet’s offense that had much to prove as they sought their first victory against a susceptible Patriots squad. Flacco was able to command the Jets’ offense for an 11-play, 75-yard drive. Perriman once again found the endzone on a 15-yard strike from Flacco to put New York up 27-17.

Newton finally found his groove in the pocket as he slipped out of a blitz and delivered an 11-yard strike to Meyers for the first down. He went for a different approach in this game, rushing only five times for 5-yards through three quarters. Newton passing ability secured a short field goal, to make the score 20-27.

J.C. Jackson intercepted Flacco to get the Patriots back on track late in the fourth quarter, as well as making it four straight games with an interception by the young corner. The longest carry of the night came from Harris as he ran upfield for 21-yards midway through the fourth quarter. This run came at a cost, however, as Harris limped his way to the locker room after the play. Harris would conclude the game with 71-yards on 14 carries. The offensive line would fight for enough leeway to allow Newton into the endzone to tie the game and allow his second rushing touchdown of the night.

The Jets were faced with the 2-minute drill, and Flacco took an untimely sack at the hands of Deatrich Wise Jr. which gave New England the ball in their own territory. Thus, Newton was given an opportunity to win the game for the Patriots. The Patriot’s coaching staff took full advantage of the situation, and Newton’s excellent playmaking and clock management allowed New England to set up the 51-yard field goal. This game-winning score would allow for a 30-27 over the New York Jets, and end New England’s 4-game loss streak, and put the team at 3-5 on the season.

After several agonizing weeks, the Patriots finally escaped purgatory and caught a win. The offensive game plan certainly took a turn for the better, as Newton completed 27/35 passes for 274-yards, and rushed 10 times for 16-yards. New England’s game plan focused on getting Newton’s passing-game involved, as he threw for his second-largest total yards for the season. New England had a 21:39 time of possession for the game, which allowed their offense to control the pace and let their hard-work pay off behind their hard-working defense. Meyers caught a career-high 12 passes for 169-yards and solidified himself as Newton’s top target. New England will look to continue their winning streak next week against the 6-2 Baltimore Ravens in a Sunday night showdown.